The Original Shake Shack is Up and Running Again

You are here: News » The Original Shake Shack is Up and Running Again

Today is the day, folks –the original Shake Shack has finally reopened it’s doors, just in time for summer! After a wait of seven long, tedious months (an agonizing two months longer than originally anticipated), the Madison Square Park location is now up and running again.

And though the look of the new building and the menu remains very much the same, there have been a few additions to the menu to celebrate the grand reopening. The ParkBurger, topped with Vermont’s Jasper Hill Farm raw cow’s milk cheese sauce and Nimon Ranch applewood smoked bacon, will be sold exclusively at the Madison Square Park location. On top of that, The Shack has partnered with Brooklyn Brewery to release Shack Phoenix, a special edition collaborative beer aptly named to mark the rebirth of the original building. 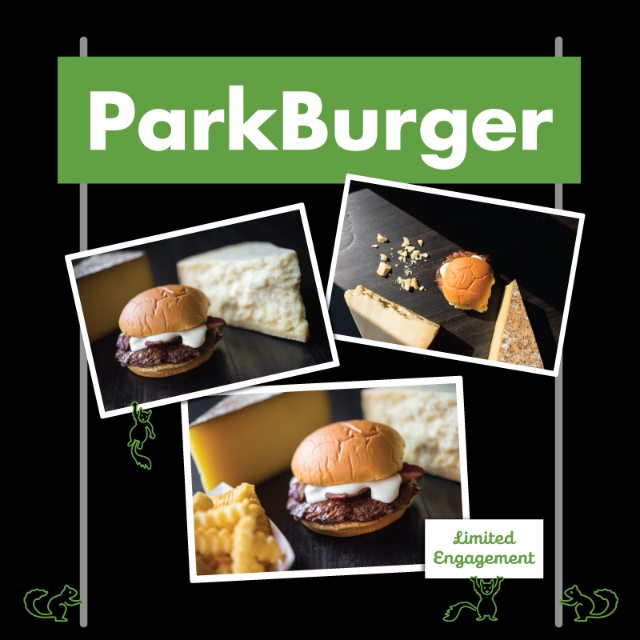 On top of all this, Shake Shack has thrown a big ‘ol back-in-business party with a live performance from the Brooklyn United Marching Band, replica models of the new building, and even free dog treats, courtesy of Bocce’s Bakery. 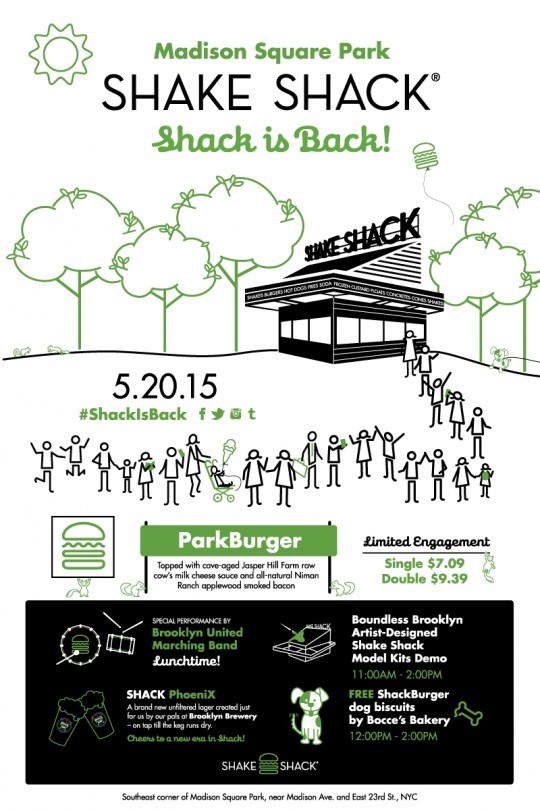 And while the festivities may only last a day, hurry your butt down to Madison Square Park and grab a limited engagement ParkBurger before it’s too late! #ShackisBack