How to Accurately Measure a Shot without a Shot Glass

You are here: How To's » Drink How To's » How to Accurately Measure a Shot without a Shot Glass

Accurately measuring a shot of alcohol is important. Whether you’re trying to accurately make a cocktail, or even just want to make sure your drink tastes good, you can’t just be pouring vodka willy-nilly. However, what happens if there’s no shot glass to be found? Well, turns out there are a few different options to solve your problem. But first, if we’re going to delve into the world of accurate pouring, there are a few other things we should discuss.

How Much is a Shot?

Turns out, shot glasses aren’t exactly standardized. Some are 1 oz, some 1.5 oz, big ones are usually 2 oz, the list goes on. Most don’t have their size written on them anywhere, so you’re left approximating how big of a shot it will hold. This same issue holds true for recipes. If it calls for one shot, that could vary a great deal depending on who the author of the recipe is and where they live –standard shot size varies from country to country. Now, this might all seem like splitting hairs a bit, but if you’re making something that needs really accurate measurements, then it’s worth it –your taste buds (and hangover possibly) will thank you.

In the US, 1.5 oz for a shot is (very) generally the standard measurement, so let’s go with that.

Measure a Shot Without a Shot Glass

Now, back to the problem at hand –measuring out a shot without using a shot glass. Here are a few options you can try if your fresh out of shots glasses, some are even more accurate!

A tablespoon holds about 1/2 oz of liquid. So, use three of those and you have yourself a 1.5 oz shot. Or, if you’re really out of luck and only have teaspoons, you can do some math and use that too (the answer is 9, for the multiplication impaired out there. 9 teaspoons = 1.5 oz). This only works for actual measuring spoons though, a regular spoon from the drawer won’t work, silly. 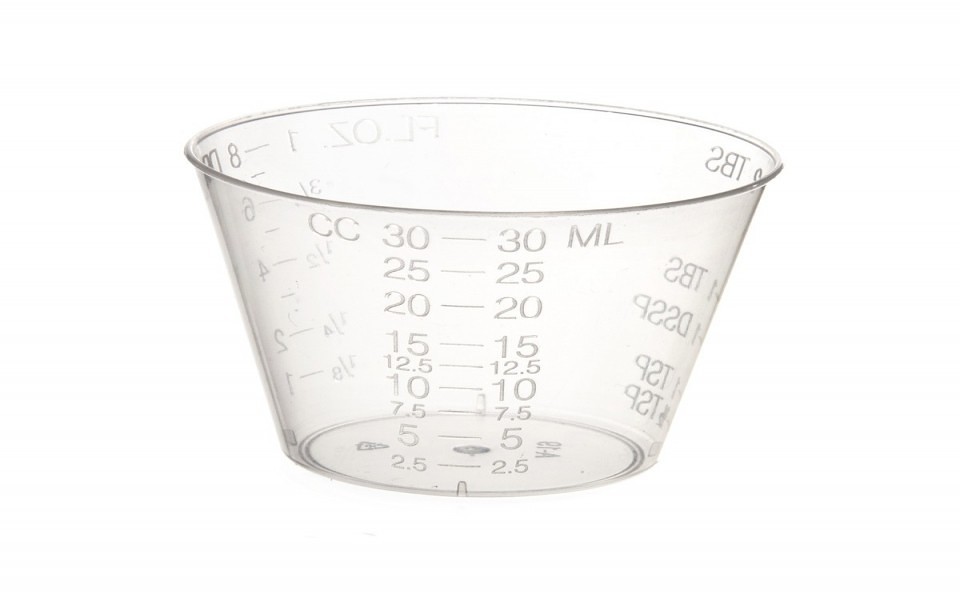 Go check out your medicine cabinet and chances are you’ve got one of those little plastic medicine cups in there (check on top of the NyQuil, for example). Perfect! What’s great about these is that, while they also vary in size, they always have measurement lines printed on the cup (something about accurate dosing of medicine being important…). Most are 1 oz or 2 oz, which makes them easy to use as teeny tiny alcohol measuring cups. 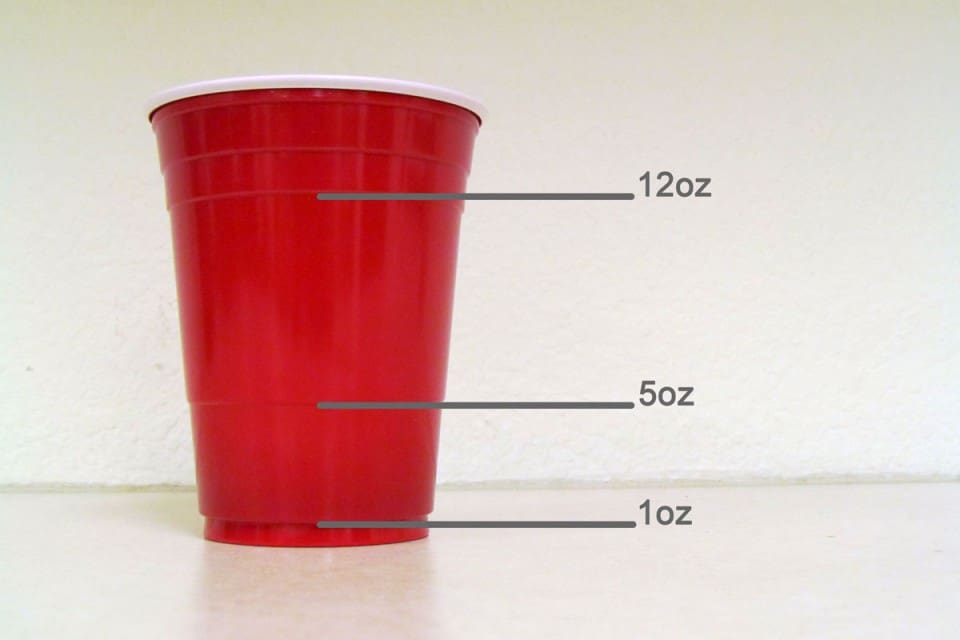 If you’re doing a lot of drinking but somehow don’t have a shot glass handy, chances are you’ve got a bunch of red solo cups lying around. And though this college dorm type scenario doesn’t quite bode well with the need to pour extremely accurate shots, let’s just go with it. Hey, maybe there are some frat boys out there who are really persnickety about their cocktails, you don’t know.

Anyway, there are claims out there on the interwebs that the lines on solo cups correspond to the accurate pouring measurements of various alcohol (the bottom line for shots, the middle for wine, the top for beer). And while Dart (the company the makes the cups) has stated that this isn’t true, you can totally still use them to measure.

Make Your Own Measuring Cup

Ok, so you don’t have any sort of measuring device. As long as you have something with a known size, you can make your own measuring cup by using displacement. For example, a ping pong ball is almost always 1 oz (1.1 oz to be exact), so you can use that.

Now, pour just the water between those two lines out of this cup into a new plastic cup. This time, mark the level of this new one ounce amount in the new cup. (Feel free to continue to do this one ounce at a time and marking lines as you go in the new cup until you have 1 oz lines all the way to the top to have a decent measuring cup when you’re done.)

Once you’re done, you’ll have a plastic cup with perfect 1 oz serving lines marked on it. Boom, science. 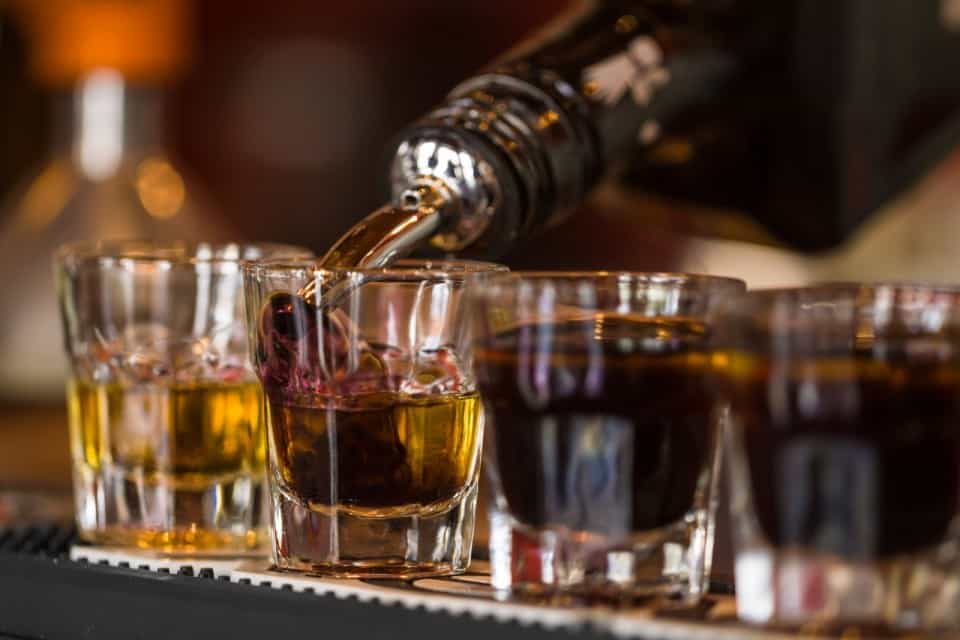 This one takes a bit of shot glass-lack anticipation, and certainly isn’t helpful in the moment. But why not learn to free pour like a boss? Then you’ll never need one of those pesky shot glasses again.

Get one of those pour spouts, like they use at bars, and practice with a bottle of water. Count to four as you pour the water into a cup. Then measure the water you poured to see how you did. If you did it right, the four-second count should yield 1.5 oz of water. Practice and adjust your counting speed accordingly until you can accurately count out the perfect pour every time.

Now you should be set for most any situation requiring an accurate pour of liquor. But, if all else fails, just guess… and then add a little more. Strong drinks are good.

Any other ways you have to get an accurate shot?