The 6 Three-Star Michelin Restaurants in NYC

You are here: Best Of » The 6 Three-Star Michelin Restaurants in NYC

You know the bloated Michelin tire guy? Well, he’s most likely a little on the heavier side because he’s eaten a lot of good food. That’s because the same Michelin brothers who started the French tire company over a hundred years ago also introduced the Michelin Guides, which still, to this day, rate top-tier restaurants (including six Michelin Star NYC establishments) on a scale of one to three stars.

In 1900, the French tire manufacturers published the first Michelin guide, which “was intended to boost the demand for cars, and thus for car tires.” The idea was that motorists would travel long distances for delicious cuisine. According to the UK’s The Independent, “One star denotes very good cooking in its category, two stars denote excellent cooking worth a detour, and three stars represent exceptional cuisine “worth a journey.”

These stars are so renowned in the food world, that superstar-chef Gordon Ramsay said he cried when he lost two stars from his London restaurant. “It’s a very emotional thing for any chef. It’s like losing a girlfriend. You want her back.” And, when asked what he would do if he ever found out who took away his stars, he replied, “I would take you to the most amazing fjord in Norway and I would drown you.” So, I guess you could say the stars are a big deal. 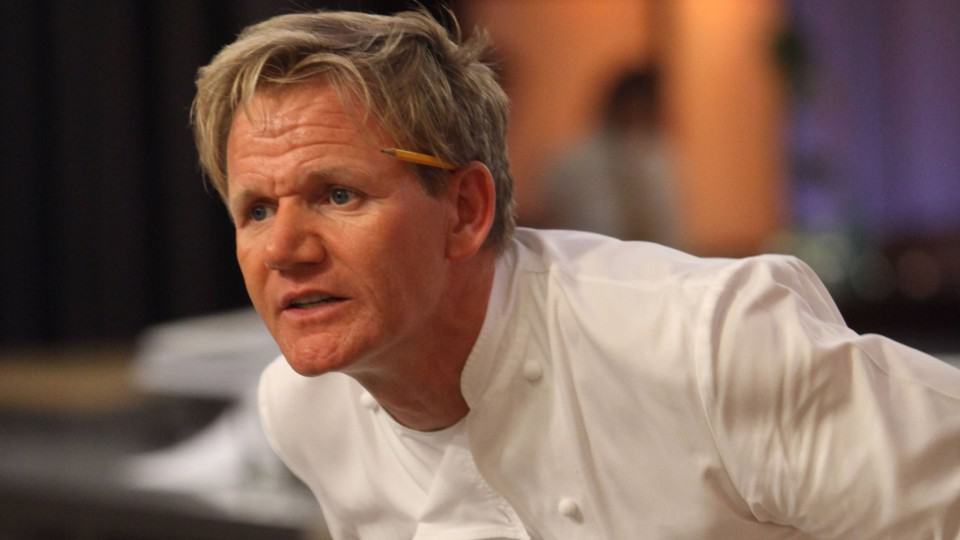 Getting one star is actually extremely difficult, and getting two or three — even more so. Here are a few things that Michelin inspectors — who are paid by Michelin to visit restaurants anonymously and discreetly — take into consideration when choosing to award stars:

The Chef’s Table at Brooklyn Fare 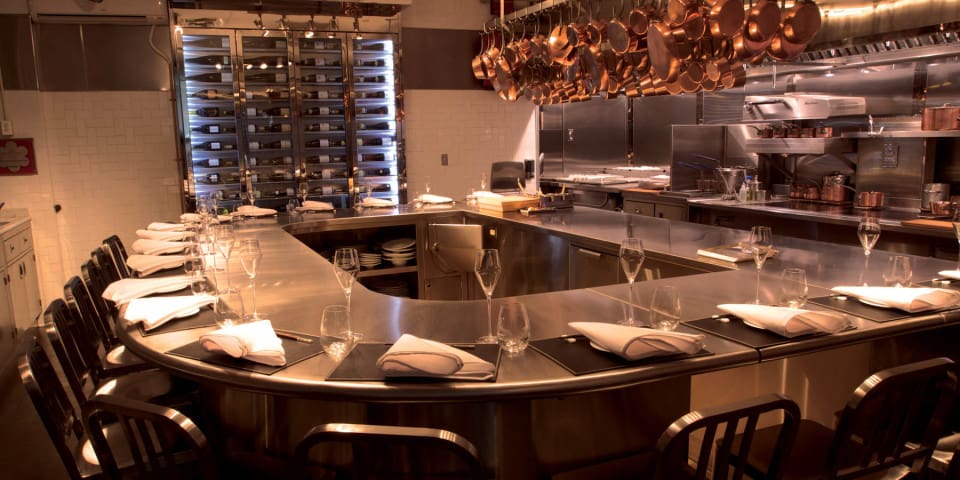 “Brooklyn’s only three Michelin-starred restaurant” is an intimate 18-seat space at a kitchen counter. Chef Cesar Ramirez creates a 15-plus course tasting menu inspired by “Japanese cuisine and French technique,” and it changes daily depending on what’s in season. The whole dining event takes about two hours from start to finish.

The Chef’s Table is currently booking reservations six weeks in advance, so call Mondays at 10:30am if you want a spot. You probably won’t get through to a live person before they sell out, but you might get lucky. For $300+ a person, you’d better have to wait for it. 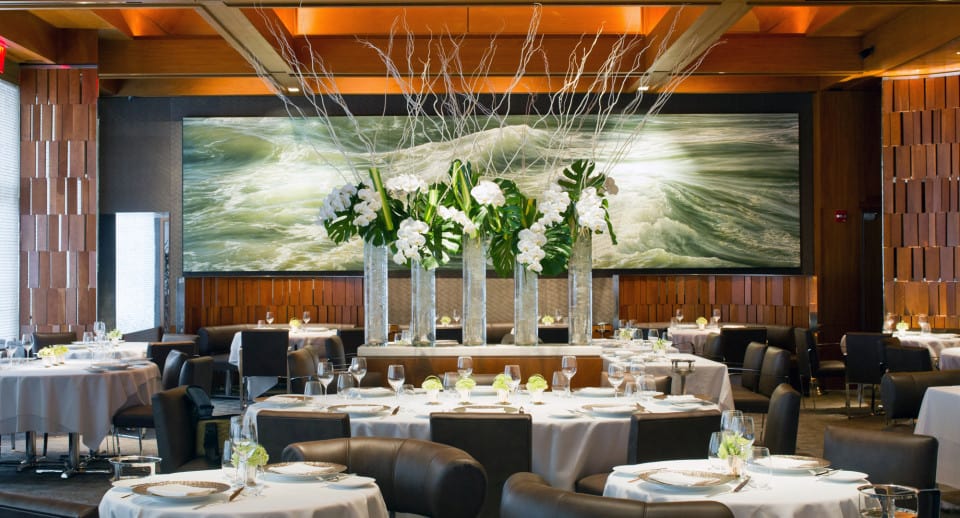 Originally opened in Paris in 1972 under the name Les Moines de St. Bernardin, Le Bernardin moved to midtown Manhattan in 1986. The French seafood restaurant was voted the 15th best restaurant in the world in 2009, has kept its four stars from the New York Times since it opened, and has numerous awards from Zagat, S. Pellegrino, Restaurant magazine, and more. This place is awarded.

Chef Eric Ripert has been the executive chef of Le Bernardin for 18 years, and he constantly strives to evolve the menu and ambiance of the restaurant. Dishes range from “a small boulder of caviar nested inside a heap of sea urchin on a carpet of little gnocchi” to “smoked-salmon croque monsieur overflowing with caviar.” Most of the fish is raw or lightly cooked, and erupting with flavor. 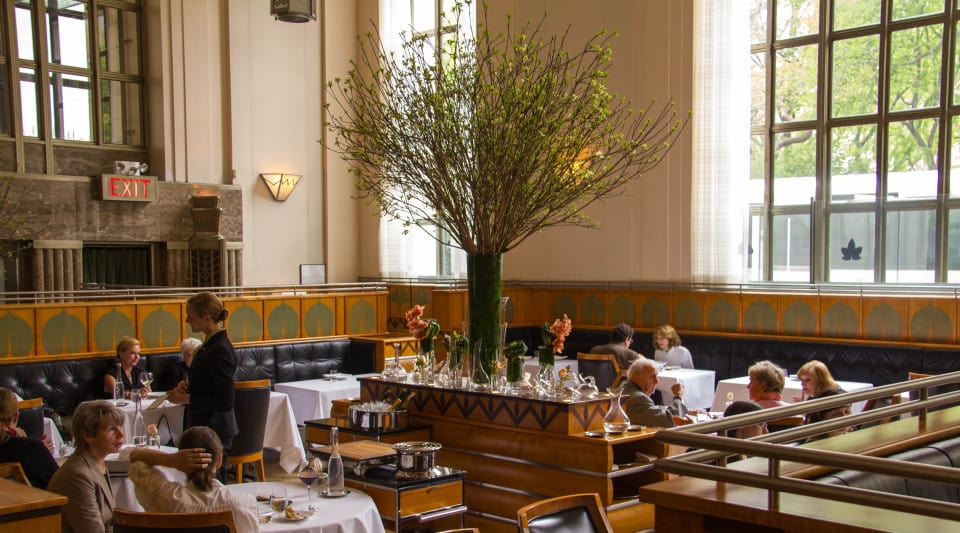 On top of receiving three Michelin stars, four stars from The New York Times, the Five Diamond Award by AAA, and the No. 8 spot on The Daily Meal’s list, Eleven Madison Park has also been awarded the best restaurant in America.

Chef Daniel Humm focuses on locally sourced New York ingredients, which is pretty neat, in my opinion, although in a recent New York Times review of the restaurant, Pete Wells wrote, “Even now, when any ingredient is grown in New York State, someone is sure to point it out. Hang on, New York has farms? And chefs can cook their stuff just like the ingredients I get at the supermarket? Wait, I need to write this down.” (He still gave it four stars, though, because, let’s be real, it’s so freaking delicious.)

For $225 you can enjoy an 11-course tasting menu that lasts three and a half hours long, so maybe try not to eat (or spend any money) for a week or so beforehand. 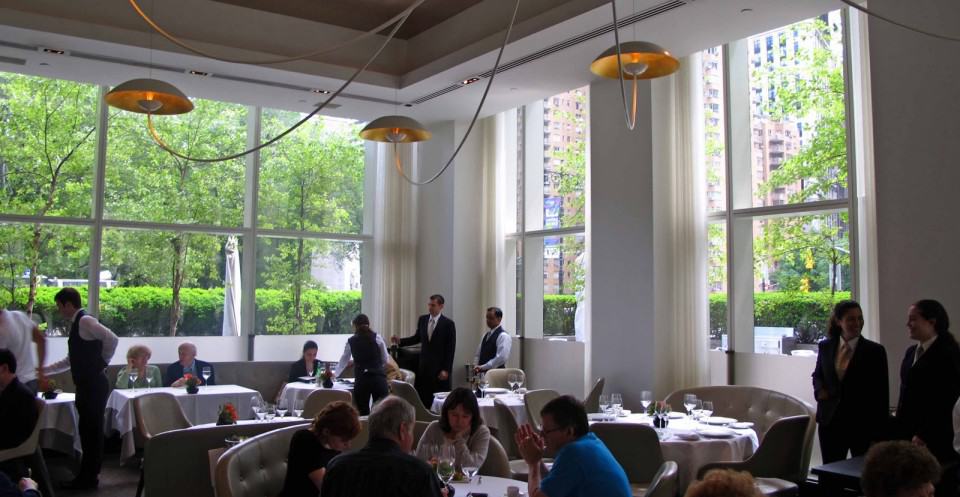 Looking for a three star Michelin restaurant, but can’t afford the typical price? Visit Jean-Georges on the UWS for lunch. The price is still steep compared to, say, Chipotle, but at $58 for two plates, you can get a taste of paradise. (Dinner’s prix-fixe will run you $138 for a choice of three dishes.)

This is America’s most expensive restaurant! Woohoo!

Chef Masayoshi Takayama owns and operates this 26-seat sushi restaurant in the Time Warner Center, where patrons dine at a $60,000 hinoki wood sushi bar. Masa is Omakase, so there is no menu, and everything is pre-decided by the chef. Pickled seafood, tuna tartare, caviar, and fresh fish (flown in from Japan) are all potential menu items you may be served at this exquisite establishment.

Ready for the cost? $450 per person, not including tax, tip, or drinks. And apparently the final check is typically around $1,270 a head.

It happens to be housed right next to Per Se (the next and final restaurant on this list). 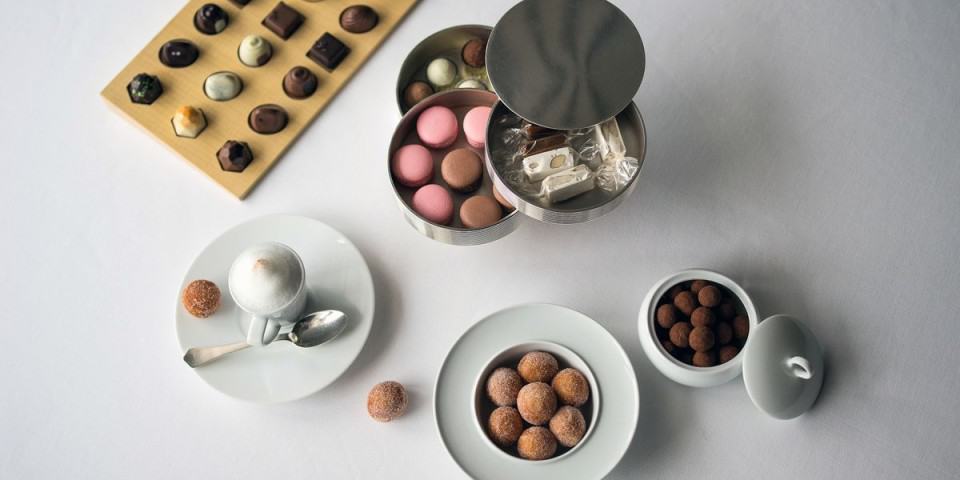 Not far behind Masa, Per Se is America’s third most expensive restaurant, clocking in at $310 per person for a nine-course tasting — around $850 when everything is said and done.

So, restaurant-goers, start saving up now, because you probably want to try at least one of these places in your lifetime. Or maybe don’t ever go, because if you do, then all other food will be ruined for you for eternity. Perhaps ignorance is bliss?

Have you dined in an NYC Michelin restaurant? Was it worth it? Let us know below in the comments!

Laura is an actor/writer/teacher/hiker/camper who grew up in colorful Colorado drinking chai and yodeling from mountaintops. She traded in the Rocky Mountains for the skyscrapers of NYC, where she now lives with her four-legged mutt. She holds a master’s in Acting from the American Repertory Theater at Harvard University.