You are here: Best Of » Best 24 Hour Restaurants in NYC

NYC has great food, that’s obvious. But what’s really special is the ability to eat that great food anytime of the day or night. Some of the best restaurants in NYC are open 24/7, ready to satisfy any number of 3am cravings, whether you’re looking for waffles, steak, kimchi, or a whole mess of empanadas. No need to wade through the dinner-time rush, you can eat like a king any time of the day or night. Check out these 7 amazing NYC restaurants that are always open. 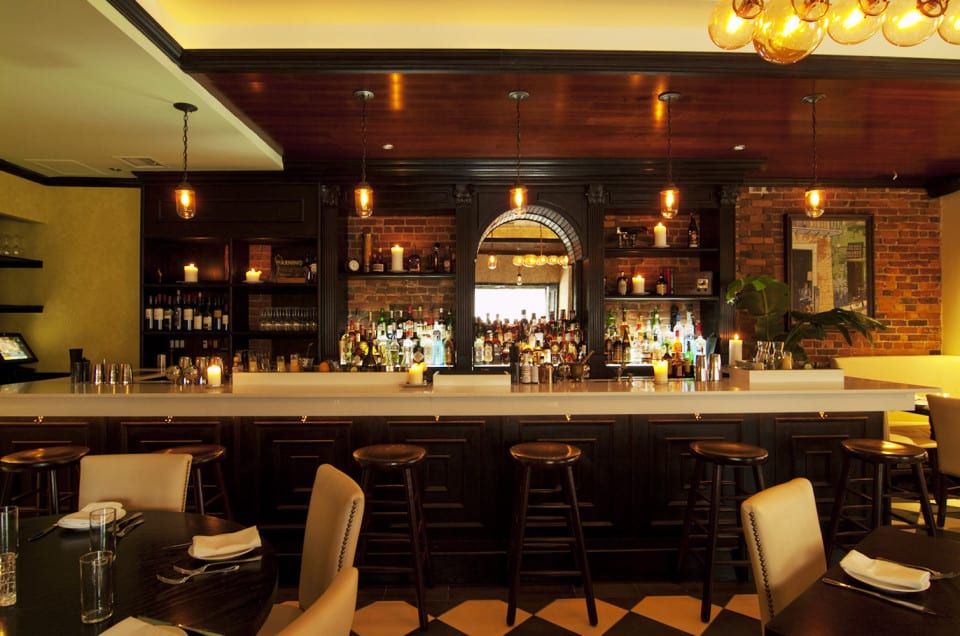 Coppelia’s is an all-night Cuban extravaganza. If you’re looking to satisfy that fried, greasy, late-night craving but want more than the typical diner fare, Coppelia’s is the place for you. The menu is extensive, featuring a variety of Carribean-inspired dishes for breakfast, brunch, and dinner. Try the Lomo Saltado, a Peruvian stir fry made with short ribs, red onions, tomatoes, and ginger. And be sure to enjoy it with one of their yummy $11 cocktails, like the Matador (Heradura Blanco tequila, lime juice, jalapeño Cointreau, cucumber, mint). My personal favorite late-night snack: croquettes de queso. Hell yeah, fried cheese balls. 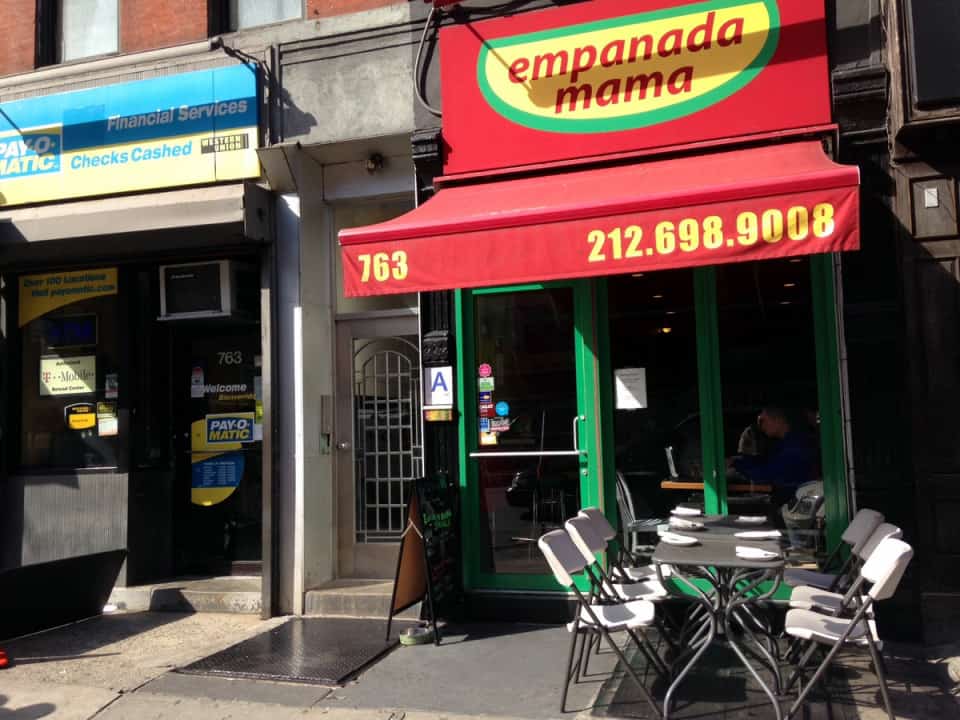 Looking for quick, cheap, fast, and filling? Of course you are, it’s 3am and you’re starving! Head over to Empanada Mama and choose from an extensive list of piping hot empanadas. Choose from traditional recipes, like the ground beef with onions and latin herbs and spices, or go more adventurous (teriyaki beef and broccoli comes to mind). They even have dessert empanadas, like the Elvis (peanut butter and bananas), or one mouth-watering option simply called “fig, caramel, and cheese.” At $2.80 a pop your stomach, and your wallet, will thank you. 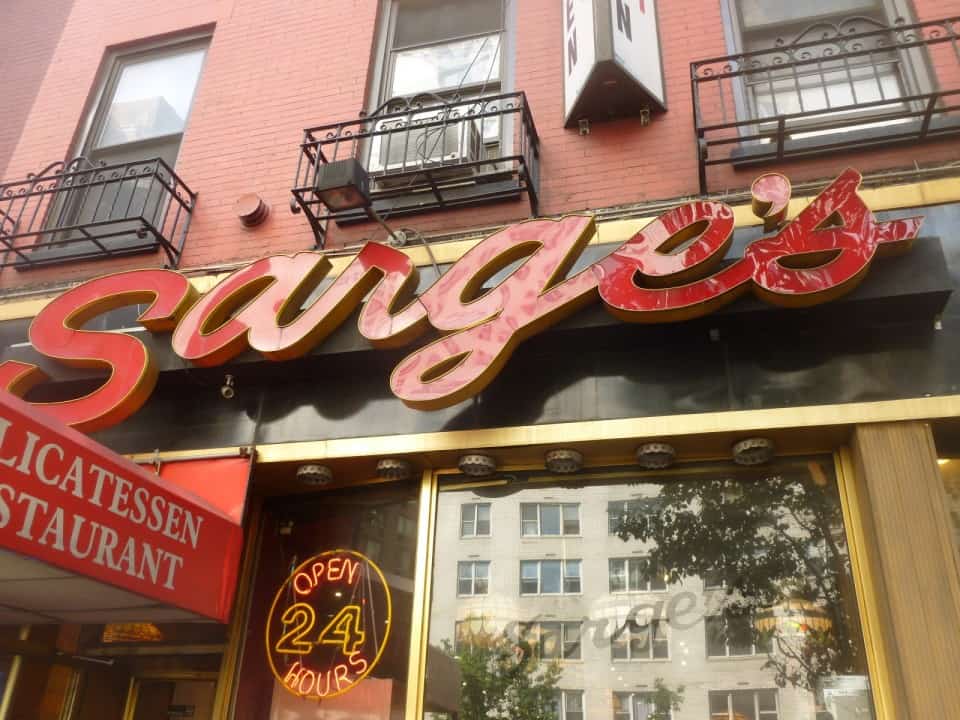 Head over to Sarge’s to have a quintessential New York late-night meal. The Jewish deli has been one of the most loved restaurants in NYC since opening it’s doors in 1964, and it hasn’t missed a day since –24 hours a day, 7 days a week, even on major holidays. Menu favorites include the matzo ball soup, corned beef hash, pickles, and extra thick pastrami sandwiches. If you’re really starving, or just looking for a challenge, try The Monster –corned beef, pastrami, roast beef, turkey, salami, tomato, lettuce, cole slaw and Russian dressing on rye bread –touted by Sarge’s to be “New York’s largest sandwich.” 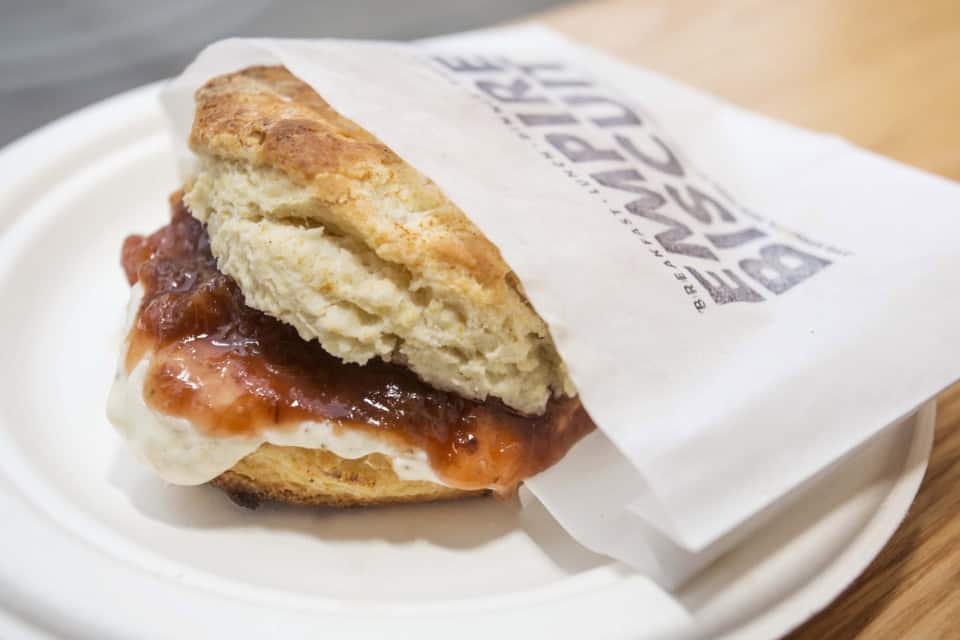 Hey, 3am is basically breakfast time, right? Well then, run, don’t walk, to Empire Biscuit. The menu consists of a number of delicious, carb-heavy, biscuit-y breakfast sandwiches, sure to soak up all that alcohol you just imbibed. Sandwich options range from Ham and Egg, to Spicy Fried Chicken, to Chocolate and Cayenne Butter with Coffee Whipped Cream. Or design your own supreme sandwich –pick a filling, like fried chicken or Scotch egg, and a topping, like pork sausage gravy, or house-made plum-and-port jam, and have yourself a Southern-style biscuit feast. 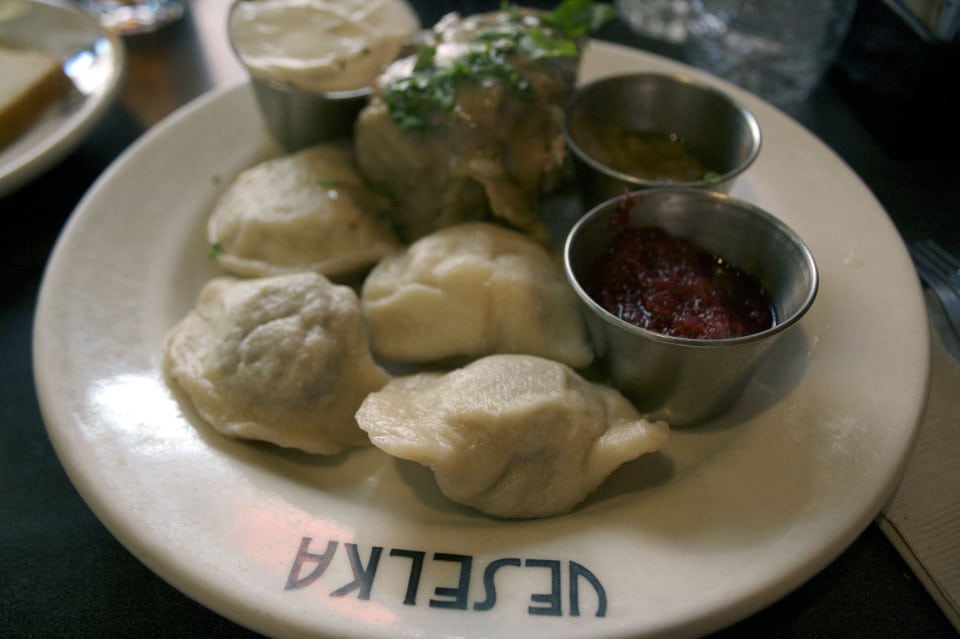 Veselka has been a late-night favorite among New Yorkers since it first opened in 1954. Known for their mouth-watering Ukrainian recipes, Veselka rarely disappoints. Honestly, how could you be disappointed with a plate full of pierogi’s and potato pancakes?  Other fan-favorites include the house-made blintzes, rice pudding, borscht, stuffed cabbage, and the Ukrainian meatball hero. 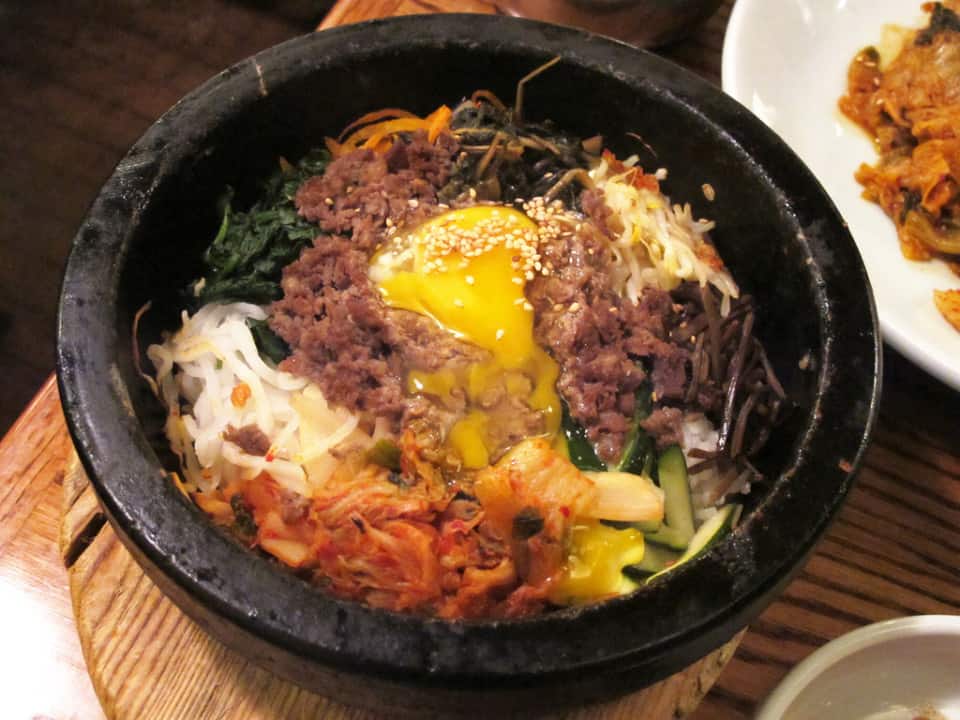 If crispy pancakes with squid is more your speed, Han Bat can’t be beat. The small but mighty Korean eatery often has a line down the block at dinnertime. But luckily the food is just as good at midnight, and 2am, and 4am. The portions are large and the recipes filling, perfect to satisfy any late-night hunger-pangs. But don’t expect the typical, table-top grill BBQ you’ll find at most Korean restaurants in NYC, Han Bat specializes in southern Korean dishes, like Mandoo (crispy dumplings), Sul Long Tang (beef soup with a milky base), and Gobdol Bibimbab (marinated beef and vegetables over rice and egg). 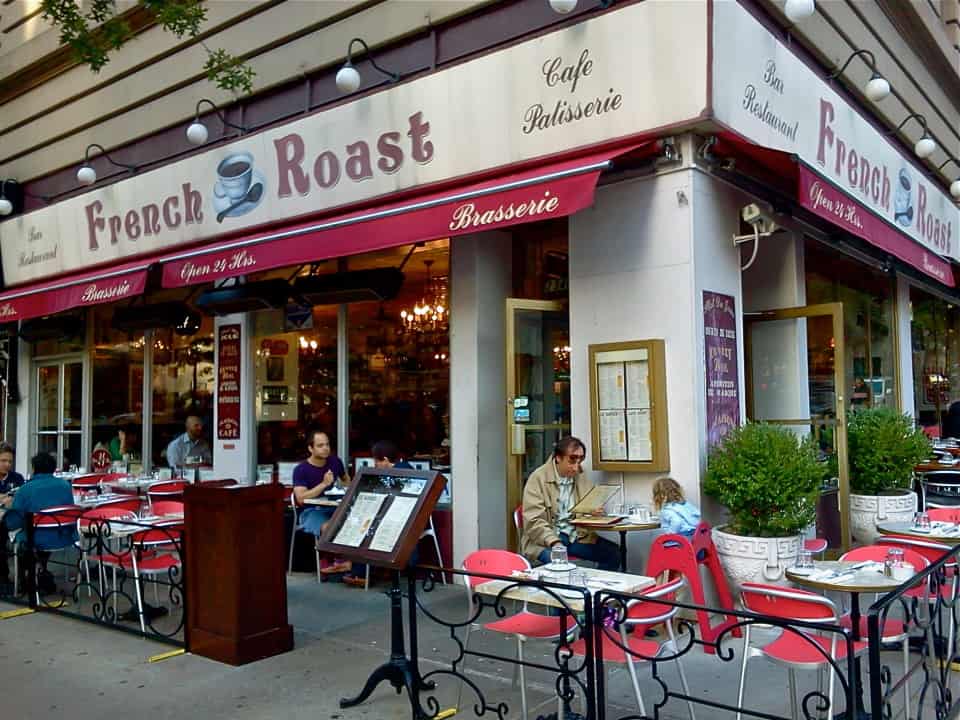 Check out either of the French Roast locations for a cozy, elegant, last-night nosh. The menus vary slightly, but they’re equally delicious. Downtown highlights include a Mushroom and Gruyère omelet, Roasted Beets with Chevre and Almonds, and a number of enticing desserts (yes, I definitely want a warm brownie sundae to go with my red wine at 3am). Uptown features a number of steak and mussel-based dishes, along with a daily selection of cheeses with Asian pear and truffled honey. Luckily both locations have their most popular items, the French Onion Soup and their signature burger, made with the aforementioned soup, and topped with Gruyère and an egg.

Which late-night eatery will be your 3am haunt this weekend? Tell us about your experience in the comments below!