I don’t know about you, but in school I always wanted to score an A. Even seeing that A- on a report card made my heart sink a little. After college, I (stupidly) thought I’d be done with the grading system forever, till I started seeing those pesky little NYC restaurant grades in every eatery, which made me start to wonder: why does one restaurant on a given block have an “A,” while the next, which is seemingly similar, has a “B?” What does a restaurant have to do to get an “A?” Is it easy to be a good student?

Turns out, more than half of New York restaurants received an “A” from the NYC Dept. of Health & Mental Hygiene.  Think that’s fair grading? We’ll break it down for you so you can decide if that “B” restaurant is really worth a visit. Your stomach may thank you.

Letter Grades: What Means What? 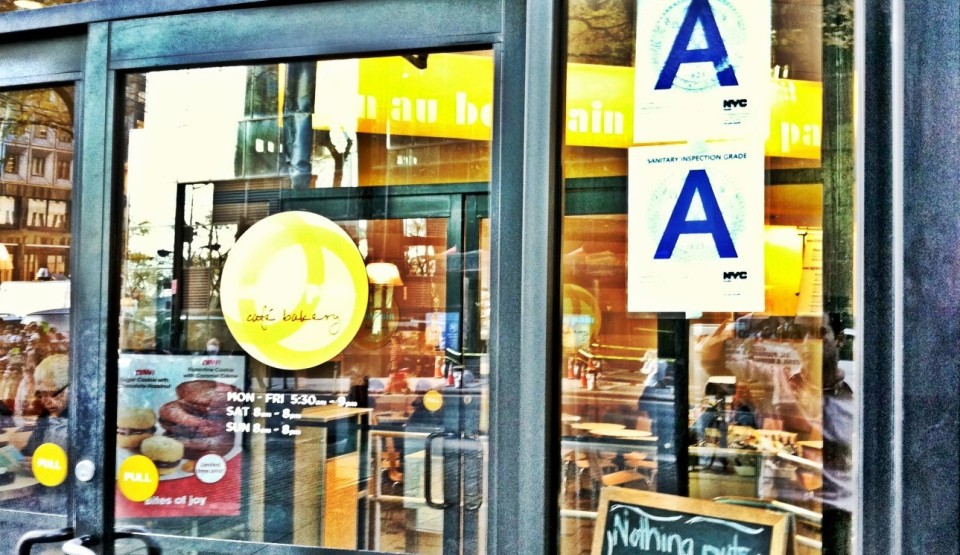 NYC health grades are based on point values and condition levels:

So, the fewer the points, the better.

Violations: How Do Restaurants Score?

These are considered public health hazards that have the potential to cause an immediate threat, and if the restaurant cannot rectify the situation on the spot, inspectors are instructed to shut down the establishment. These violations include mice or rats on site, no hand washing stations near food preparation areas, and contaminated food. Yum.

These aren’t necessarily an immediate public health threat, but I will definitely go so far as to say they aren’t awesome. These violations include things like roaches on site, evidence of mice or rats, not washing produce before preparation, and not keeping food at correct temperatures.

These are things that won’t kill you, but aren’t great, like unsanitary bathroom facilities, improper trash receptacles, and improper meat-thawing techniques.

Now we get to the interesting part.

After four years with the city’s new grading program, nearly 90 percent of New York’s 24,000 restaurants have an “A” grade, many of which were bumped up from “B” and “C” grades after they appealed for higher grades. (Non-“A” restaurants can request a “re-inspection” in hopes of earning a better score and can hang “Grade Pending” signs in their windows until after the inspection.)

Many think the scoring system is too wide and varied, because restaurants who have 13 points have the same letter grade as those who have no violations at all. The difference between an “A” and a “B” grade is considered substantial, yet they are only separated by one point. The amount of restaurants with 12 and 13 points is drastically higher than the amount of restaurants with 14 and 15 points, which means that inspectors are leaning towards giving restaurants an “A.” There also isn’t anything in place to keep inspectors from varying from one day to another, or to keep them from varying from each other, which means that each restaurant kind of just gets lucky or unlucky with who shows up to grade them.

The fact that an “A” isn’t the same across the board makes me a bit wary. For example, a restaurant can still get an “A” grade even if there is evidence of mice or rats, as long as that’s the only violation they have. Gross. 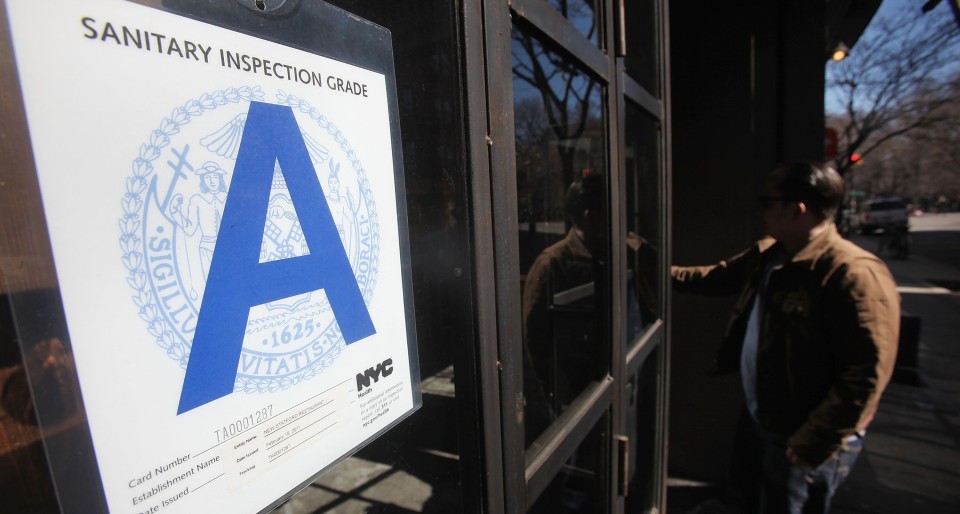 Perhaps there should be more varied grades, like A, B, C, D, and F, but since no one asked me, I think I’ll personally stick to restaurants with an “A” grade. It seems like a lot of disgusting things have to add up to get a “B” or a “C,” and it’s just not worth the risk.

Want more info about restaurant grades in NYC? Get the iTunes app here and the Google Play app here.

Would you eat at a “B” or a “C” restaurant? How does NYC’s grading system work or not work? Let us know below in the comments!

Laura is an actor/writer/teacher/hiker/camper who grew up in colorful Colorado drinking chai and yodeling from mountaintops. She traded in the Rocky Mountains for the skyscrapers of NYC, where she now lives with her four-legged mutt. She holds a master’s in Acting from the American Repertory Theater at Harvard University.