You are here: Best Of » Best New Places for Fried Chicken in NYC

Walk a few blocks in any section of New York and you’re sure to see some fried chicken joints. However, some are great and some are… just okay (I hesitate to say bad, outright. It’s fried meat people, it would have to be pretty damn inedible for me to call it bad). But still, it can be hard to know which ones are worth your time. And while a quick google search can provide you with the tried and true favorites, check out the list below for some of the newest chicken on the block. 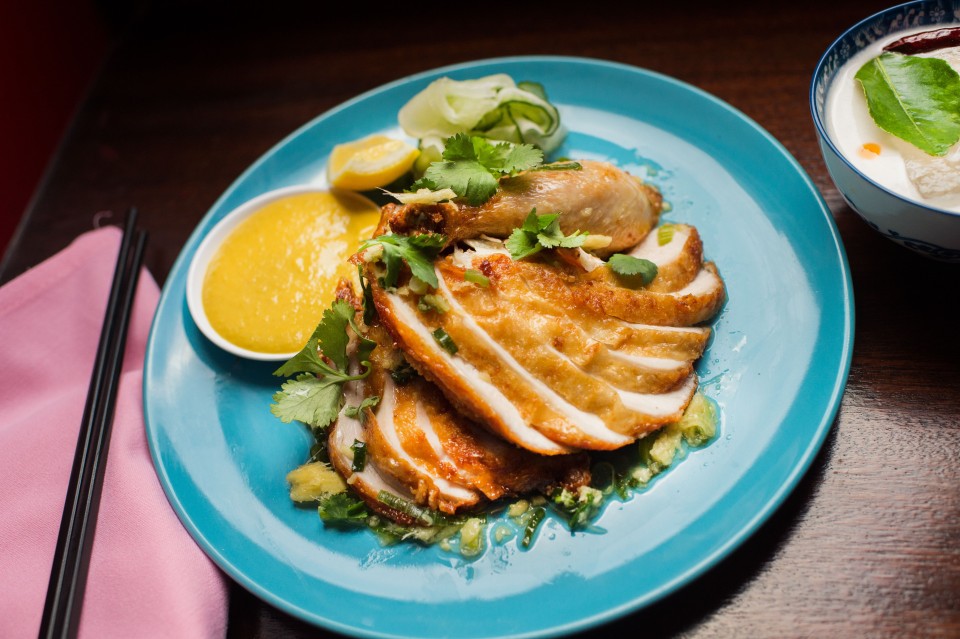 Chef Danny Bowien’s recently reopened Mission Chinese Food has been generally lauded as pretty damn good, and much improved over its original incarnation. Plus, on top of a great menu, there is a prime rib cart serving up ribs and king crab legs. Yes, that’s right, they will be pushing around a cart filled with meat and crab legs. People, why are you still reading this article. Go get some of that. Ok, no, wait, read the rest of the article then go get that. And as hard as it is to top a rolling cart of crab, Bowien’s Hainanese fried chicken has been getting the most attention. Very tender and crispy, cooked in a brine of koji rice with some lemon kosho to add some bite, this is a dish not to be missed. 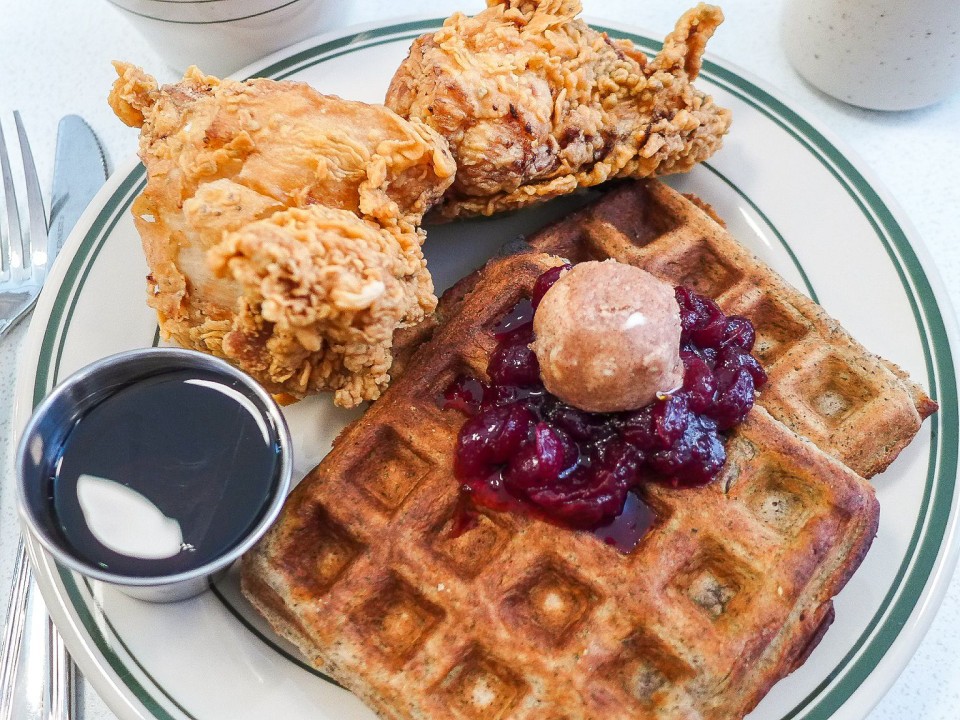 The Williamsburg favorite for classic fried chicken washed down with a big ‘ol slice of pie has recently expanded to a second location on Canal Street. Now all you lazy Manhattan fools won’t have to drag your butts to Brooklyn to stuff your face with damn tasty fried chicken and biscuits slathered in hot sauce and honey butter. You will, however, still have to make the trek if you want the fried chicken sandwich – a crispy chicken cutlet with bacon, jack cheese, ranch, avocado, lettuce, tomato, onion, and mayo on a toasted bun –  as the menus do differ slightly. (You know you want that.) So it’s probably better to be safe and eat at both of them. 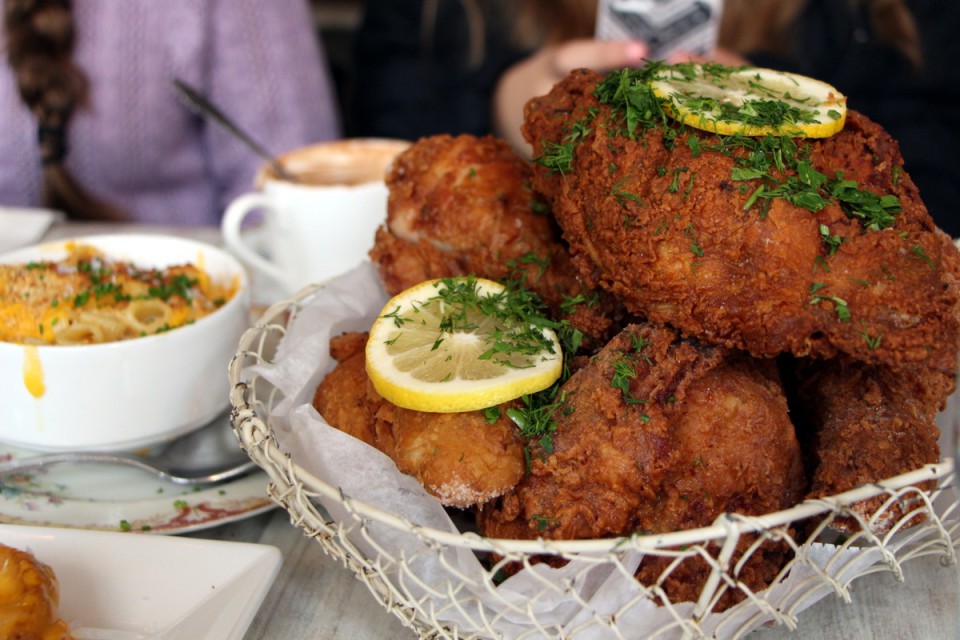 This recent addition to Manhattan’s list of southern style eateries has been earning high praise for its classic, but complex southern cooking and gorgeous space. However, the true star of the show is the fried chicken. Chefs Jeff McGinnis and Janine Booth, both off the roster of Top Chef alums, source their fowl from Amish farms in Pennsylvania. They then brine the chicken in sweet tea, onions, and garlic for 24 hours (umm, yes please), before frying it up and dusting it with a coating of dehydrated lemon powder. Served with lemon slices and herbs on top, this dark, crispy friend chicken has an amazing citrus bite that helps balance out the rich fattiness of the fry. And guess what? They deliver. With a free cookie to boot. Hell yeah.

Read: See a video of Janine from Root & Bone show us how to make pimento cheese. 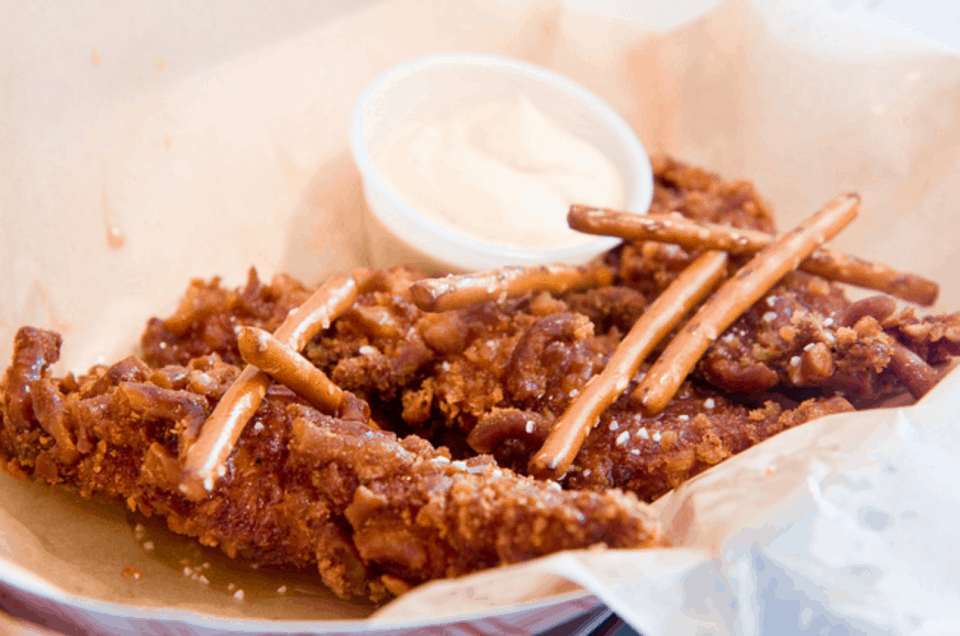 The late night champion of chicken fingers has expanded their operation to a second location in Murray Hill. Promising to be just as much a bastion of late night calorie consumption, this Sticky’s offers up a huge array of some of the tastiest, most interesting fried chicken fingers this side of… well, anywhere. Try the Cool Tikka Masala (curry chicken fingers with a creamy coconut yogurt sauce), the Buffalo Balsamic Maple, or the stroke of genius that is the Fiesta Finger (covered with tomatillo and cheese sauce made from Annie’s Mac & Cheese Powder). Or just get some fingers plain and dip them in a mess of any other awesome sauces. 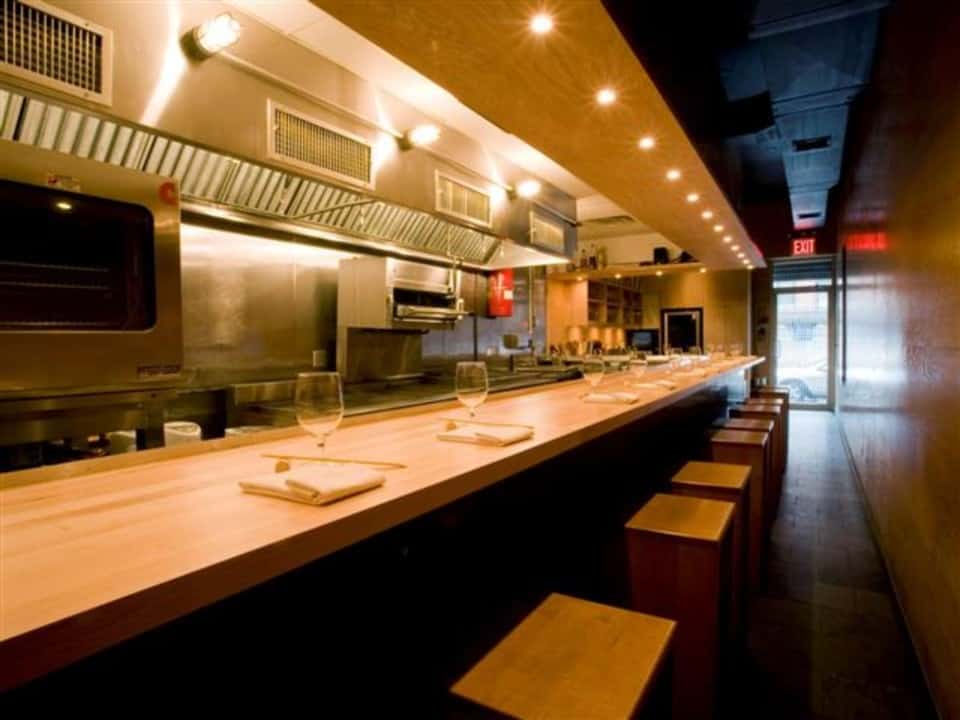 I’ve saved the most exciting news for last (A reward for reading a whole article. Well done, friends!). Chef David Chang, king of the Momofuku empire, has just announce he will be opening a fried chicken joint. He will be utilizing the small space that used to house Momofuku Ko, before it sized up to its new location. Not only is Chang looking to make the best fried chicken around, he’s also experimenting with an app. There aren’t too many more details as of yet, but it certainly sounds awesome. Yes, Chef Chang, bring me fried chicken I ordered from my phone. I approve.

There’s no address as of yet, and the site hosts basically no info. But keep checking, I’m sure details will pop up eventually.

What are your top choices for finger-lickin’ chickin’?