Hungover? Well, This Might Help. The Best Bloody Marys in NYC

You are here: Best Of » Hungover? Well, This Might Help. The Best Bloody Marys in NYC

The Bloody Mary, or god’s gift to the hungover, has traditionally been a beverage of great flexibility and experimentation. Its ingredients are as varied and numbered as the establishments who serve them, and even the origin story of the classic cocktail is still hotly debated (by folks who care about alcoholic beverage origin stories, I guess). And it is this adaptability of the Bloody Mary that makes it so fun to drink. Restaurants, pubs, taverns, and saloons are constantly experimenting with the drink and coming up with new, tasty, and sometimes terrifying (as is the case of the Bloody Beast served up at Sobelmans Pub and Grill in Milwaukee) concoctions to add to the Bloody Mary family tree. Though I can’t say you’ll be able to find a cocktail sporting an entire fowl as a garnish here in NYC, we do have plenty of Bloody Marys that are well worth your time. 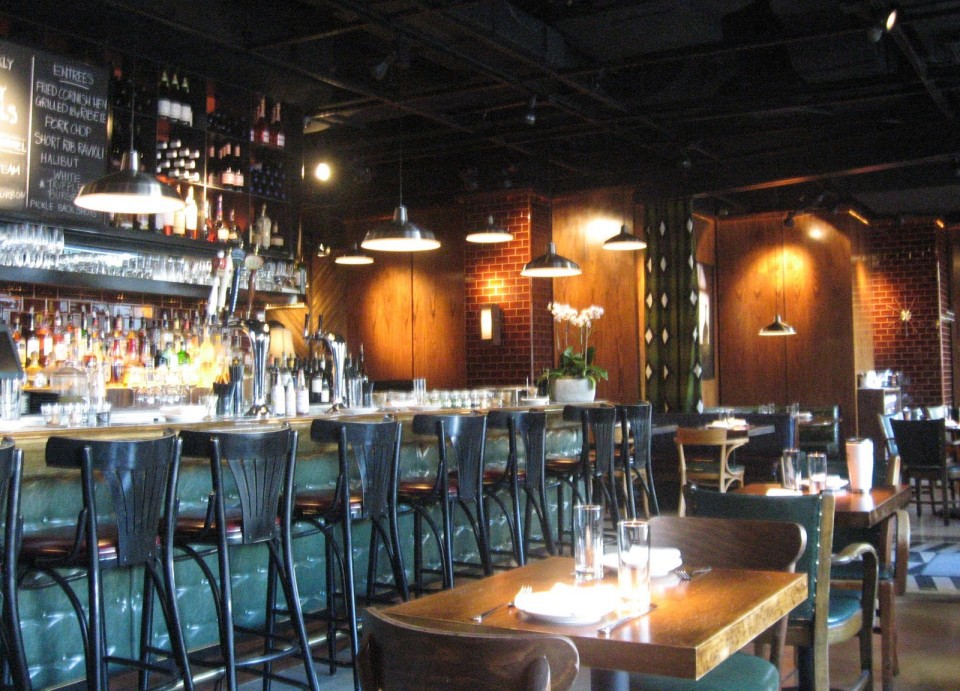 B&B Winepub is known for having some of the best burgers in town –their Bash Burger has won multiple awards. However, they also serve not just one, but three beverages of the Bloody Mary variety. The Queen Mary is a gin-based cocktail with cucumber, ginger and sage, the BBQ Bacon Bloody Mary consists of house-aged bourbon, bbq sauce, bacon and blue cheese, and of course they have the good ‘ol fashioned, traditional Bloody Mary. At $10 each they’re very reasonable. Stop by for brunch some weekend and try all three –you may have trouble deciding which you like best; you may also have trouble walking out of there unassisted. 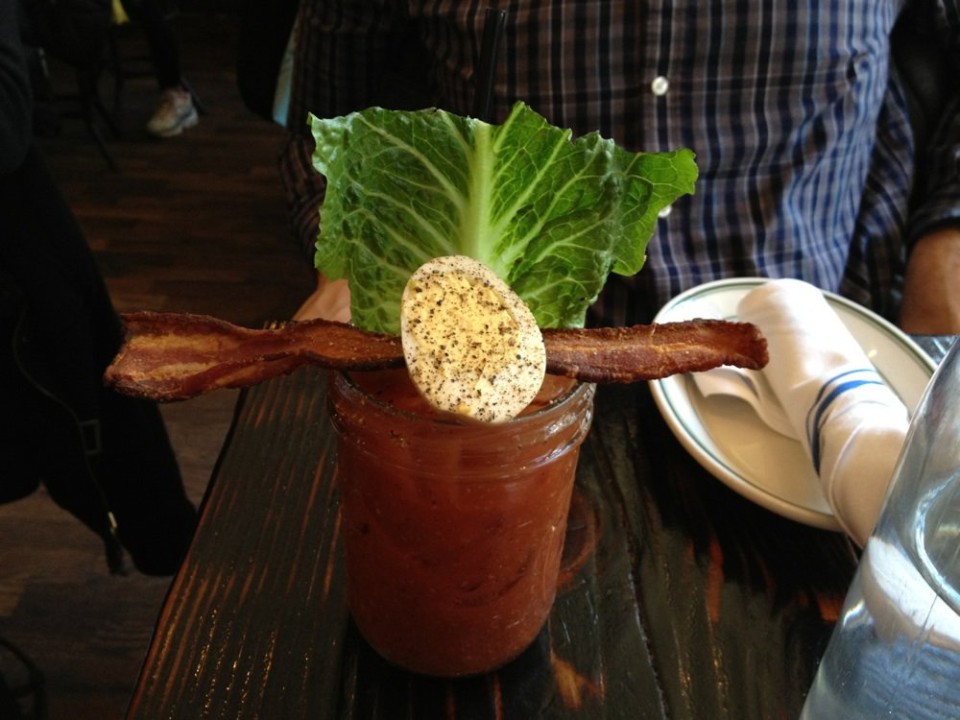 If you like beer, biscuits, and pickles, you’ll love the wildly popular Jacob’s Pickles. And if you don’t like those things… I don’t know… learn to like them, because they’re awesome. Jacob offers up a Bloody Mary that is as pretty as it is tasty –complete with a stalk of Romaine lettuce, hard boiled egg, and slice of crispy, always delicious bacon. It could basically be a Cobb salad, you know, if not for the whole “vodka” part. 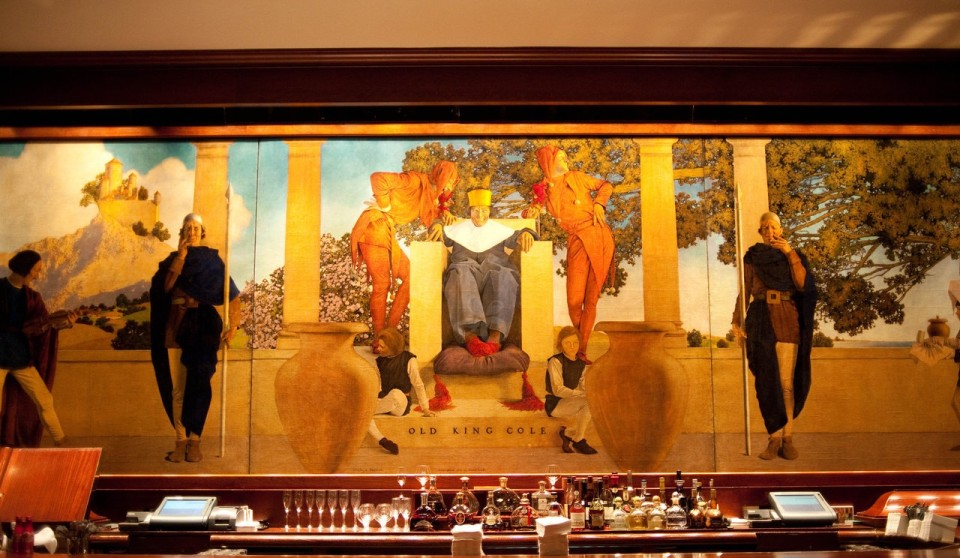 The King Cole Bar, which resides in the luxe St. Regis Hotel, is known for being the birthplace of the Blood Mary. Though there are conflicting stories about the origin of the drink, this version claims the cocktail as we know it was invented at the St. Regis in 1934 by bartender Fernand Petoit, who had begun dabbling with tomato and vodka concoctions while working in Paris. However, as the story goes, the name “Bloody Mary” was too provocative for the hotel’s upscale clientele and thus the drink was called the “Red Snapper” instead. A classic recipe, the King Cole’s Red Snapper is surely worth checking out if you’re interested in the history of the drink. It’ll cost you though, at $25, so be sure to enjoy every sip. 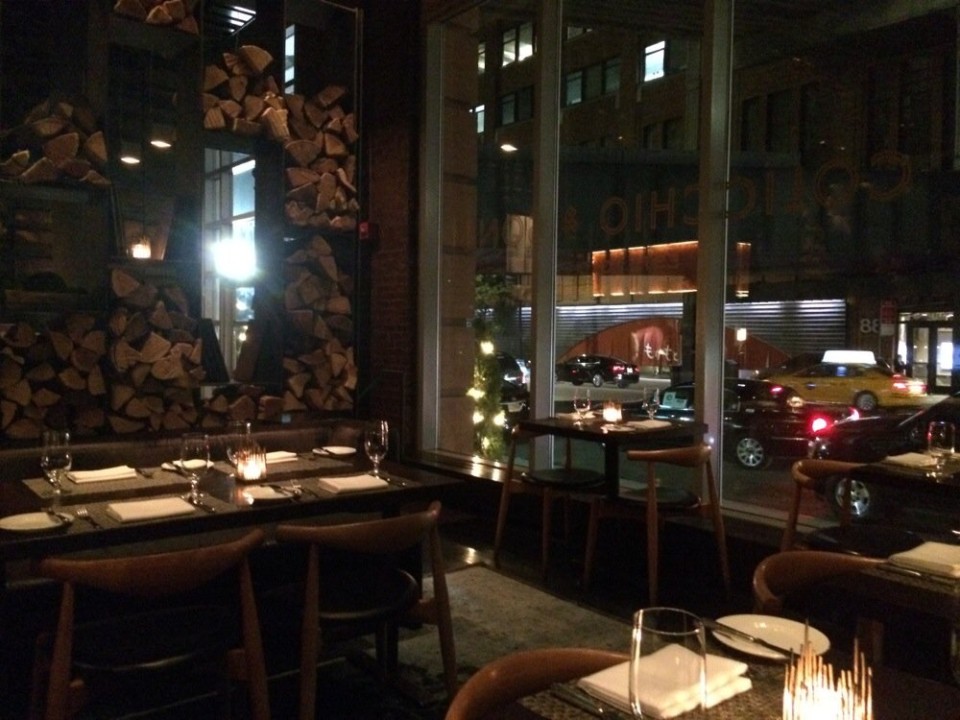 At celebrity chef Tom Colicchio’s upscale American restaurant, green is the new red. Though they will gladly whip you up a classic Mary, their signature twist goes by the title of Bloody Verde, and includes tomatillo, green tomato, Fresno chile, and a whole heaping of horseradish. Either version is $14, so you might as well get adventurous, right? 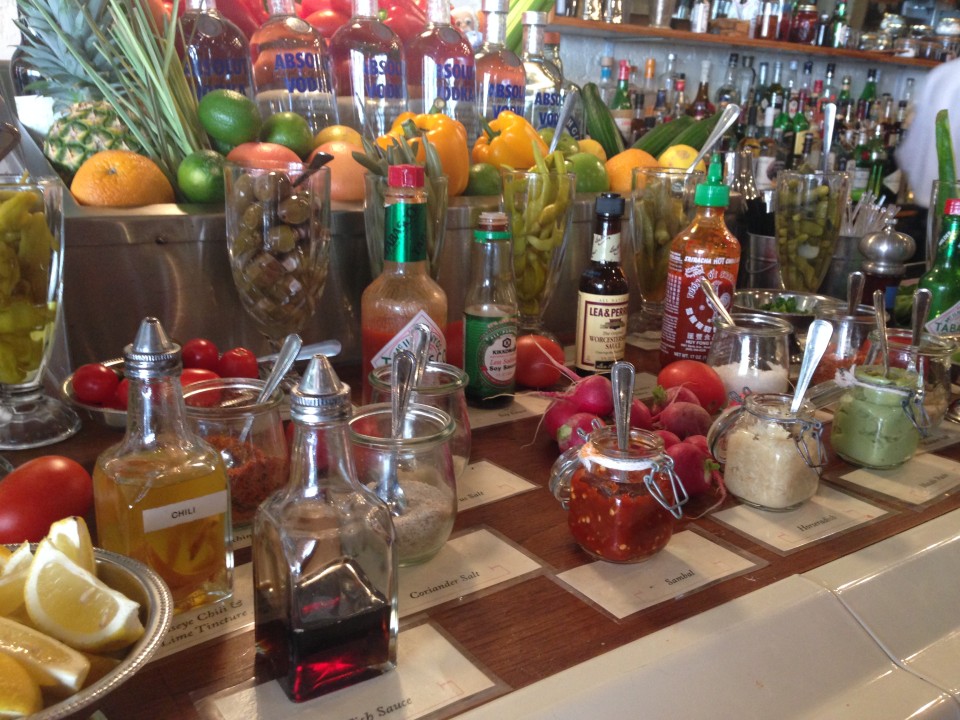 Do it yourself? I don’t mind if I do! Saxon+Parole hosts a mouthwatering brunch (buttermilk pancakes topped with crème fraîche and red wine poached pears comes to mind) with an extensive list of cocktails. You can order a Bloody Mary off the menu (if you’re boring), but the real treat is the DIY Bloody Mary Bar. With an wide array of spices and garnishes, you can experiment with your signature Bloody Mary to your heart’s content. 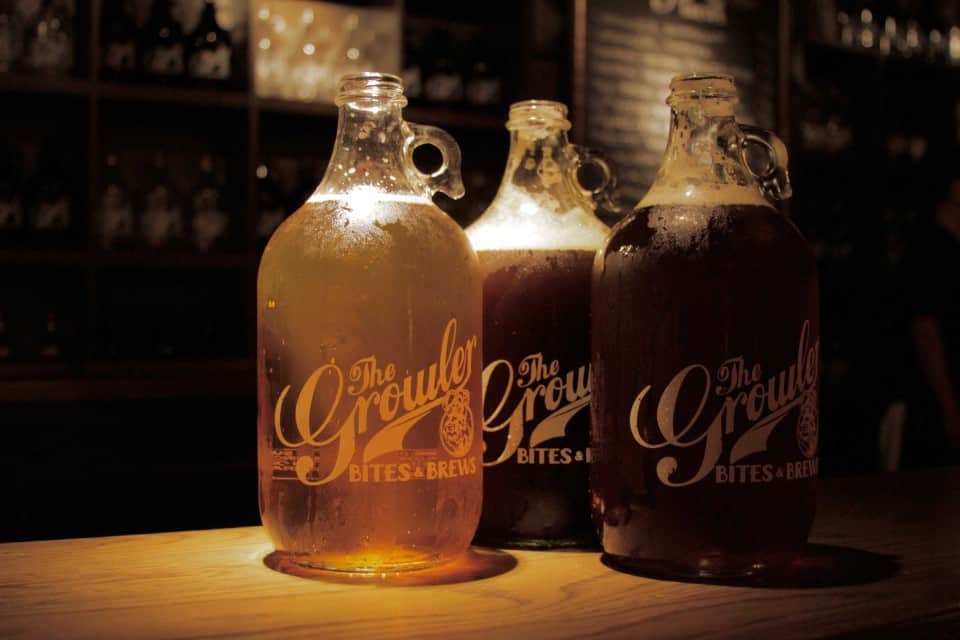 So, I’ll see your DIY Bloody Mary Bar, and I’ll raise you an UNLIMITED Bloody Mary Bar. At the Growler, they know why you’re coming to eat pancakes, bagels and grits at noon on a Sunday –you’re hungover.  They even serve brunch until 5pm on both Saturdays and Sundays (they know their target market, for sure).  To top off their brilliance, they’ve aptly named it Hair of the Dog Brunch.” For $12 you get unlimited Bloody Marys made with Tito’s Infused Vodka and Dimitri’s Bloody Mary Seasoning along with a host of garnishes and mixes for you to choose from. Yup, that’s right, I’ll see you all there this Saturday. 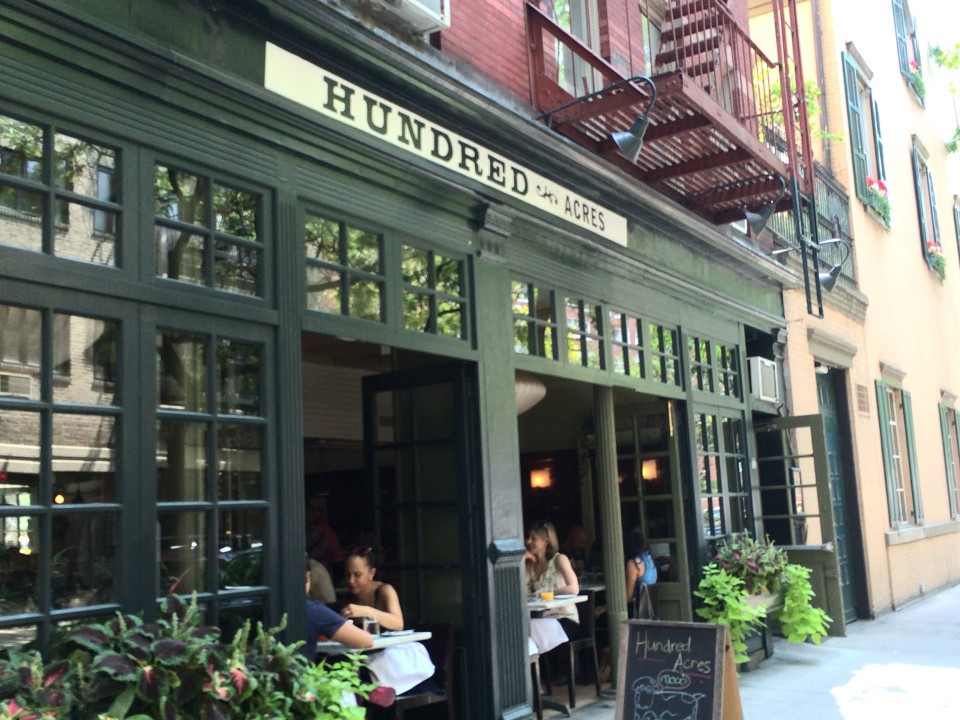 Last, but certainly not least, we come to Hundred Acres restaurant and bar. At this warm, inviting location with seasonal American cuisine, you don’t have to choose quantity or quality –you get both with five (count ’em, five) variations on the Bloody Mary! From the Hampton Shore, with lemon vodka, clam juice and a shucked oyster to the South of the Border, made with tequila and a chile-salt rim, there is an option here for any taste. You even have the option of sizing up to a pitcher if your whole group is in a bloody good mood.

If you’ve tried any (or all) of these Bloody Marys, let us know in the comments below. Or if you’ve tried one elsewhere that was particularly noteworthy, tell us about that too!