You are here: Best Of » 8 Best Restaurants in Midtown

The solution? The best midtown restaurants. When desk dinners are a dime a dozen, and you’ve had enough of online ordering, it’s time to venture outside the cubical.

Fret not. Among the chaos, cabs and crowded sidewalks, there are great places to set down the briefcase (…and Blackberry – if people still carry those?) to relax for lunch, after-work drinks and/or dinner.  Even if the emails are continuously pouring in, at least the cocktails are too. 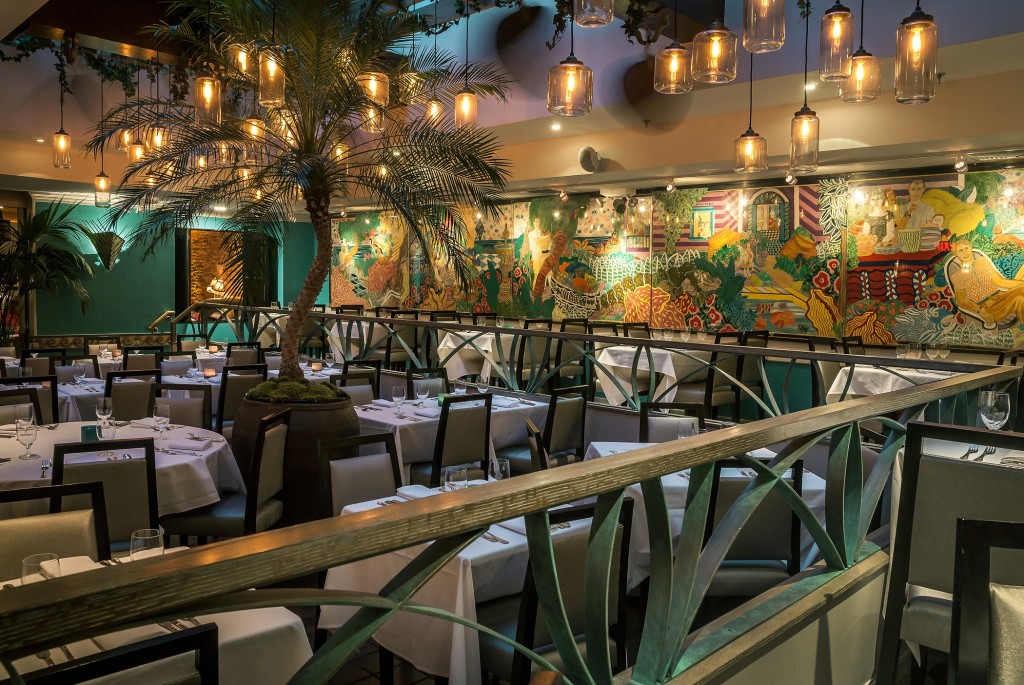 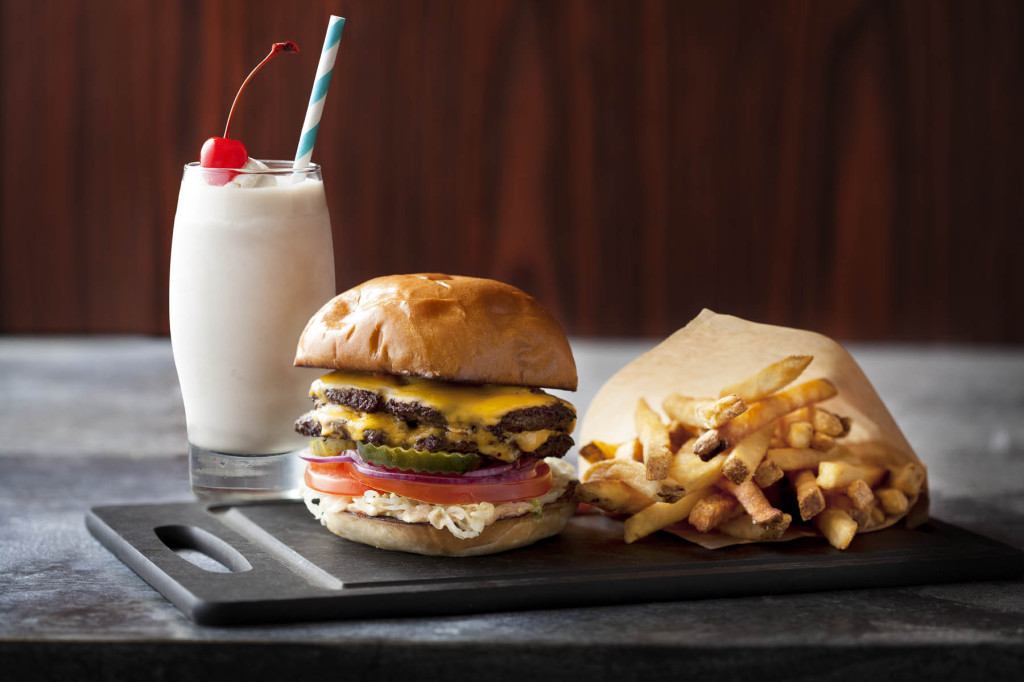 Weekend tourists seeing the city sites are often popping by for a bite. During the week, however, happy hours are lively and casual with shared plates and drinks, like the Mayan Manhattan: Ron Zacapa Aged Rum, sweet Vermouth and a dash of Peychaud’s Bitters ($16), concocted by Mixologist Chad Furuta. For a one-man (or woman) meal, the Grille’s Triple Treat ($23.95) is a childhood favorite (plus a couple years – read: must be 21). The classic burger and fries, plus a boozy milkshake, is magical (like Disney, but for foodie grown ups).

Hakubai at the Kitano New York 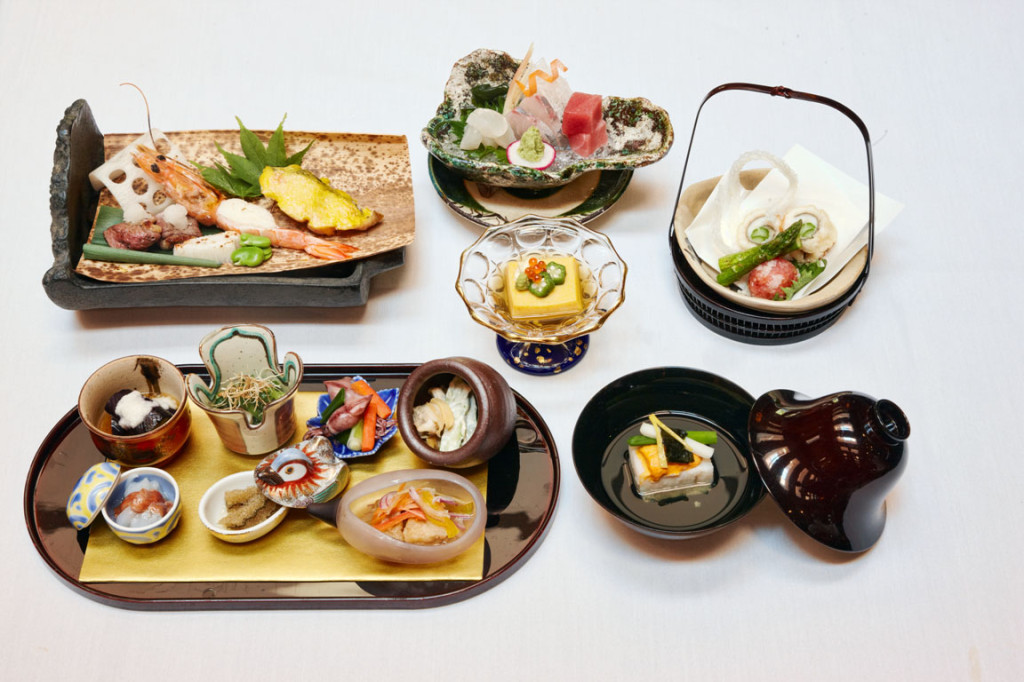 New York’s first and only Japanese-owned hotel has Kaiseki cuisine, and obviously a feng shui environment. Instead of hopping on a plane, local New Yorkers (typically an older, business-y crowd) visit the Michelin-rated restaurant for a (sessional) Okonomi Kaiseki five-course menu ($98). Some spring items included: sweet corn tofu with okra and salmon roe, grilled shiitake mushroom, mozuku seaweed, eggplant with yam, and monkfish. The sake Tasting Set: of Sparkling Nigori, Tokubetsu Junmi Ginjo and Junmai Ginjo sake ($28 each) are a bit more classy than your sake-bombing dorm neighbors of yesteryear. If the exquisite cuisine isn’t impressive enough, just check out the spiffy dishware! 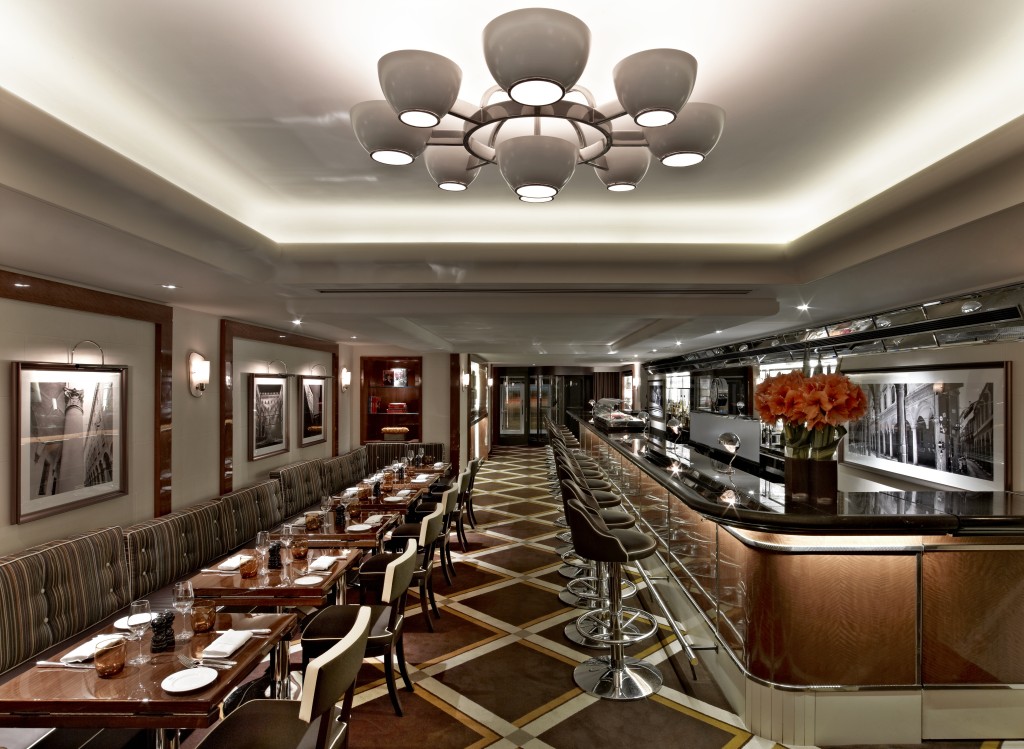 Stroll Central Park before or after a plate of Pappardelle: Homemade spinach pappardelle, lamb ragu, gaeta olives, ricotta salata ($27), and a Sirio Sour: Bullet Rye, Sirio Rocca di Frasseinello Red ($16). For a lighter lunch, or after-work snack, oysters are $1 during happy hour and rosé is $9/glass. Hotel guests and an older crowd are in sight, but young professionals celebrate summer Fridays within the 1960s Italian-inspired setting. 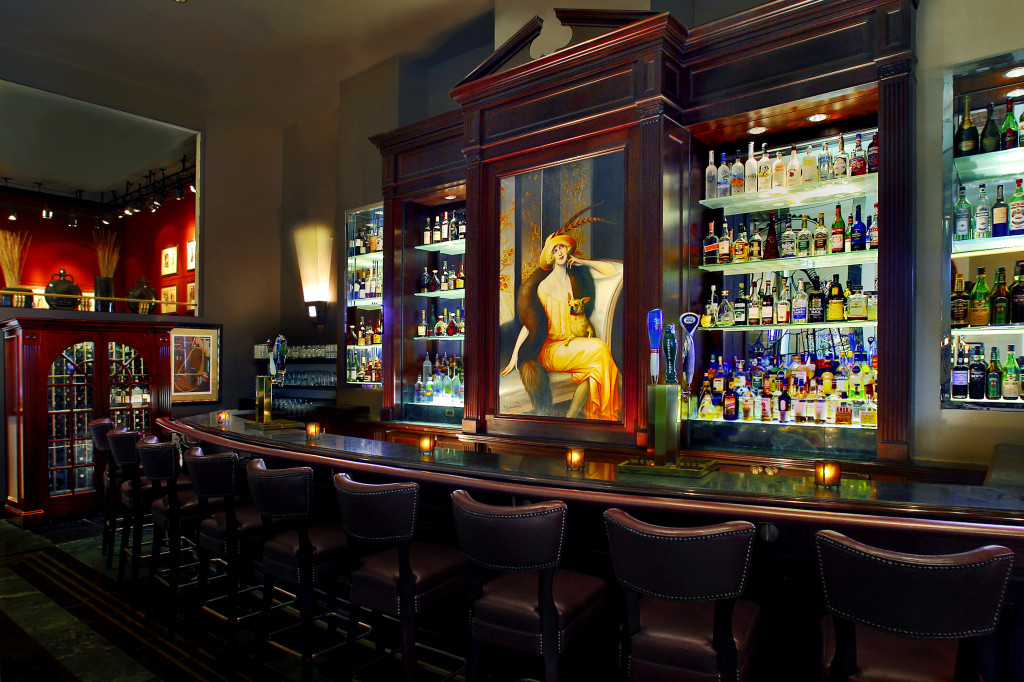 If the large, 1920s-style bronze doors don’t transport you into another world, the archetypal brasserie setting by French designer Pierre-Yves Rochon will do the trick. Chef Sylvain Harribey, who won first place on the Food Network show Chopped (go on, brush your shoulders off), cooks up Skuna Bay Salmon Gratte-ciel: a roulade of Skuna Bay salmon with sautéed spinach on a bed of crushed purple potatoes, vegetable julienne, and beurre blanc ($28). Pair with the 44 on 45th -The New Yorker in Paris: Remy Marin VSOP, Grand Marnier, Lemon Juice, Simple Syrup, and Laurent Perrier Brut ($20) to feel like a New York model (or the Parisian one the bar is named after). 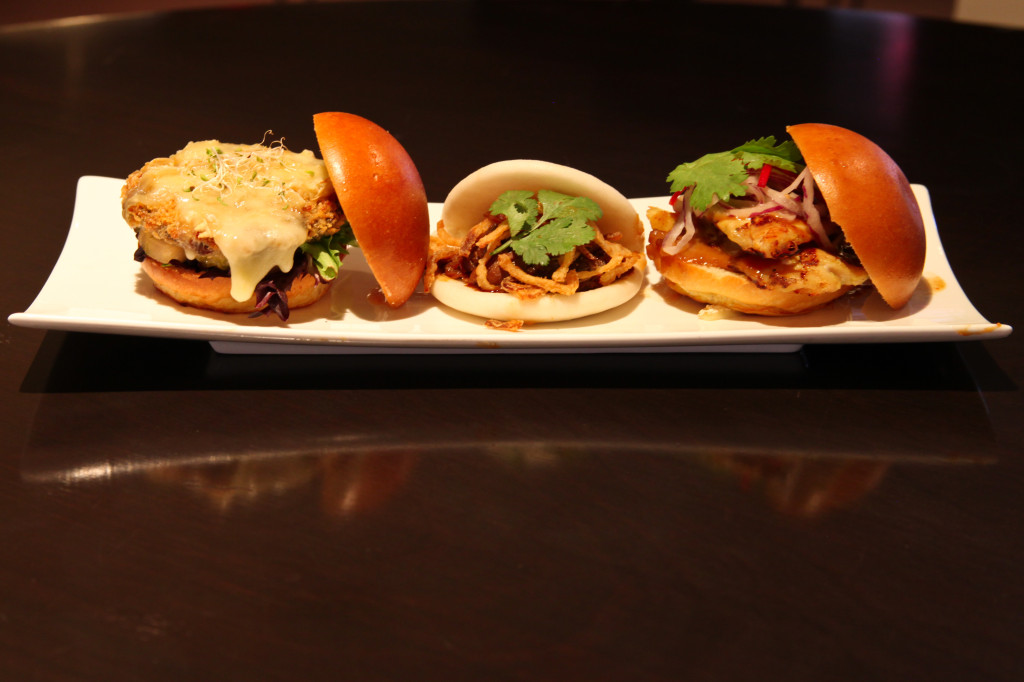 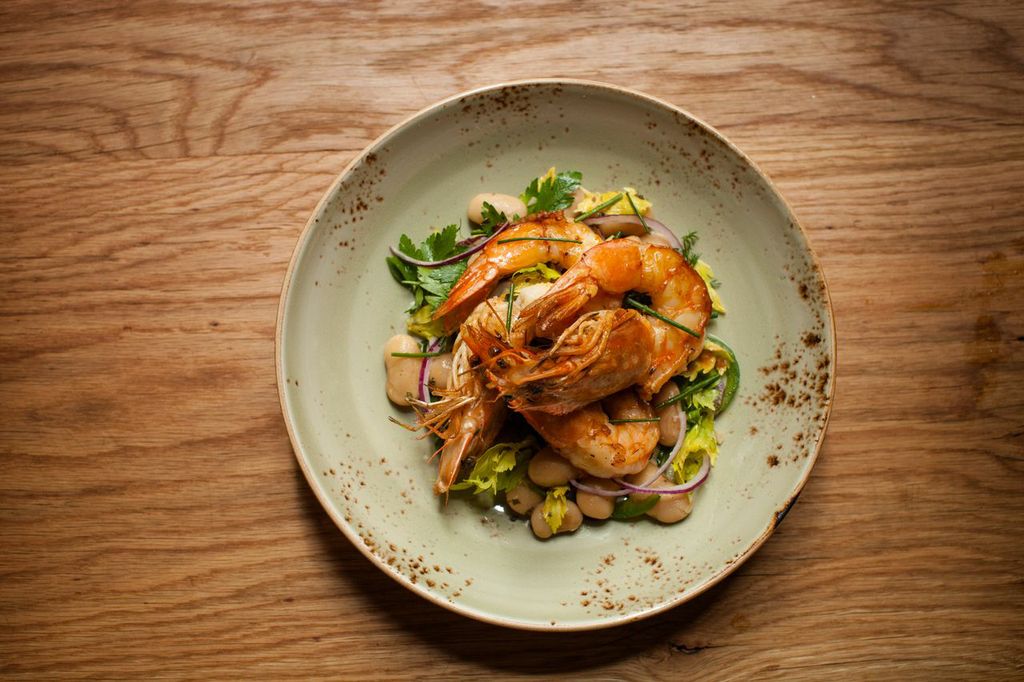 Communal dining is more common in the village, but midtown? Yes… it happens here too. Families, the after work crowd, and the shopping stragglers (it’s around the corner from Bloomingdale’s, after all), meet and greet each other for an inviting meal. The space, located above Amali, is available for private parties, too. Though the menu is modified daily, Prawns and Lobster Linguini ($95/per person) is a typical feasting favorite. Wine service from magnums and jeroboams ($150 to $170) are poured in a home-like atmosphere. 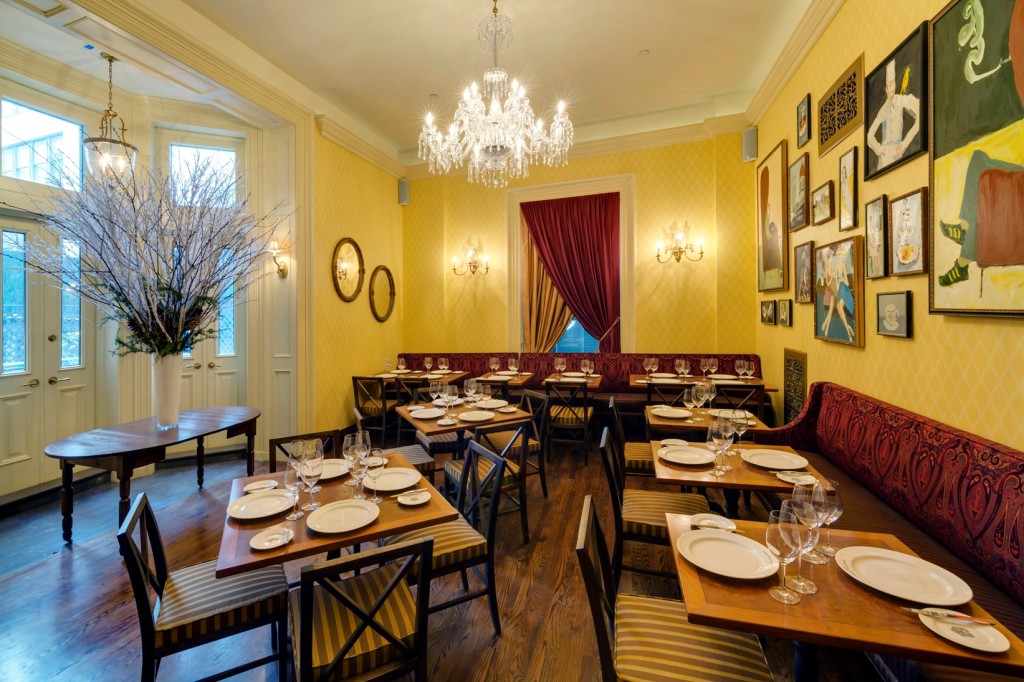 Like an early 19th century gentlemen’s club, with a bohemian touch, The Peacock serves sophisticated British cuisine such as Roasted Chatham Cod: salt cod mash, artichoke, olive, lemon, and basil ($32), among tall bookcases in the Library and Library Bar. Of course, the signature cocktail would have to be something with Pimm’s! — The Peacock Pimm’s: Pimm’s No 1, cucumber, lime, bitter lemon ($15). The Peacock’s sister restaurant, The Shakespeare, is the more casual, pub-like space with pub grub, wines and cask ales. Ordering a Fish and Chips: beer battered cod, triple cooked thick-cut chips, tartar sauce ($23) will have you longing for a real English pub crawl… and your girlfriend reminding you of her love for David Beckham.

Hilary Sheinbaum is a University of Florida graduate and Writer/Reporter/Blogger/Person.

Hilary has contributed to dozens of publications including USA TODAY, Marie Claire magazine, ELLE.com, The Village Voice, amNew York and MensFitness.com. She writes about entertainment, food and beverage, love/dating and beauty.

She has been featured on FOX News, HuffPo Live, PIX11 News, StyleBlazer.com and People.com as a Lifestyle and Entertainment Expert.