How to Make Mango Chutney

You are here: How To's » Condiment How To's » How to Make Mango Chutney

Thousands of years ago, Hindu cooks discovered that spices went well with fruit, and that spices and sugary fruit mixed together slowed food spoilage. And then there were the flavors – bright, intense and adjustable to go with just about anything. Chutney!

In its native India, chutney is traditionally served fresh. The cooked variety came about when British colonials sought a way to bottle the condiments to take back to England. The exotic tastes took the Victorians by storm, and though the actual existence of Major Grey has yet to be proven, the mango chutney named for him quickly became a standard condiment. Cheddar and chutney sandwiches were a tea time favorite, and chutney became so thoroughly British many thought it had been invented there.

Chutney went wherever the British did, and became popular in Australia, Polynesia, South Africa and the Caribbean, with each region making use of local produce. In addition to sweet fruits like mangoes, papaya, pears, apricots, and plums, chutney is also made from savory foods like tamarind, tomatoes, and cilantro. For years chutney was a lonely, undiscovered grocery item in the U.S.. Then Americans began to vacation in the Caribbean, sampled the sweet-spicy mango and papaya condiments of the islands, and chutney finally became a household word in America. 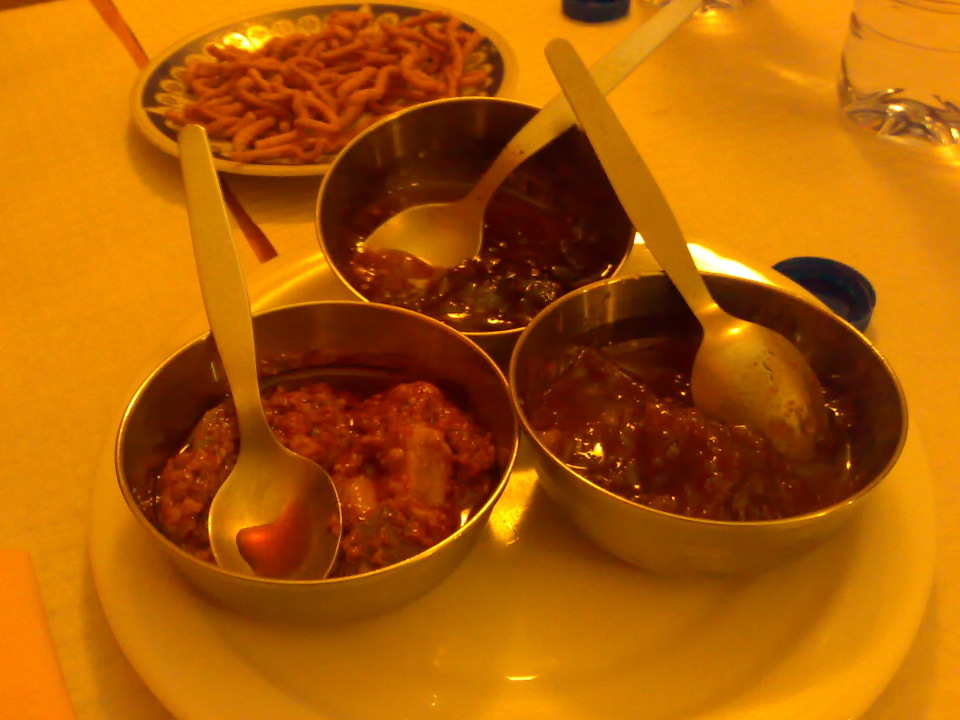 Makes about 4 cups (recipe can cut in half)

1. If you’re going to use raisins, boil for one to two minutes to plump, then drain and set aside.

3. Combine vinegar, sugar, and salt in a large, heavy saucepan. Heat to boiling, stirring to dissolve sugar, then reduce heat and simmer 15 minutes.

4. Add garlic and ginger and simmer another 15 minutes, stirring frequently.

5. Dip about a quarter cup of liquid into a heatproof mixing cup. Add two tablespoons of cornstarch and mix to make a lump-free slurry. The amount of cornstarch needed depends on how thick or loose you like your chutney, but also varies with the mangoes. Frozen mangoes general require three tablespoons rather than two. Set the slurry aside.

6. Add the cumin, turmeric, and garam masala (or nutmeg, cloves, allspice and cinnamon).

7. Add the slurry to the saucepan and stir. After the chutney begins to thicken, cook another
minute or two, stirring continuously.

7. Remove from heat. Stir in the mangoes (and raisins, if using them).

8. Let cool to room temperature, then pour into lidded jars and store in fridge.

This chutney will last up to a month in the fridge provided the lid is on tight and you haven’t contaminated it by getting other foods on the chutney spoon.

Head to our Recipes section for more delicious recipes.

Hot Mango Chutney: Add red pepper flakes to taste when you add the garlic and ginger.

Pineapple Chutney: Replace the mangoes this recipe with one fresh, medium-sized pineapple, cleaned and cut into small chunks.