Mushrooms’ Beginning and How To Cook Them Properly

You are here: How To's » Vegetable How To's » Mushrooms’ Beginning and How To Cook Them Properly

Their makeup is 90% water. For the first 3,000 years, no one could figure out how to propagate them, and finding them in the wild took more energy than the food supplied. And there was one more little hitch – if you ate the wrong one, it could be the end of you. Yet from the Bronze age on, humans have sought out mushrooms, and in this fact lies proof positive that we are descended from a long line of foodies, people who would take risks and expend energy for a taste of something good.

Mushrooms have never been without their admirers, often famous ones. Ancient Aztec and Egyptian rulers declared mushrooms the food of the gods, thereby reserving the limited supply for themselves alone. Wealthy Romans kept food tasters to make sure the mushrooms were safe for consumption. Mushrooms appear frequently on Leonardo da Vinci’s surviving grocery lists, and Louis XIV, the most influential gourmet of his era, was especially fond of them and served them at Versailles. Fittingly, it was during Louis’s reign that mushrooms were first cultivated in Europe.

Since mushrooms don’t go to seed and can’t be propagated by cuttings, cultivating them remained a mystery until the mid-1600s, when a French melon farmer noticed white mushrooms sprouting from the manure he used as fertilizer. With a little experimentation, he was able to grow a reliable crop. Others repeated his success, and the damp, loamy caves outside of Paris proved particularly conducive to mushroom cultivation. The white mushroom, ubiquitous in grocery stores today, was dubbed le champignon de Paris and became a luxury item in the city’s restaurants.

White mushroom cultivation spread to England and eventually to America. The supply remained limited, however, and mushroom hunting remained popular, a pastime glimpsed in many Victorian novels, including Tolstoy’s Anna Karenina. In America, mushroom hunting clubs formed, both for social reasons and to share knowledge about what might and might not be poisonous. 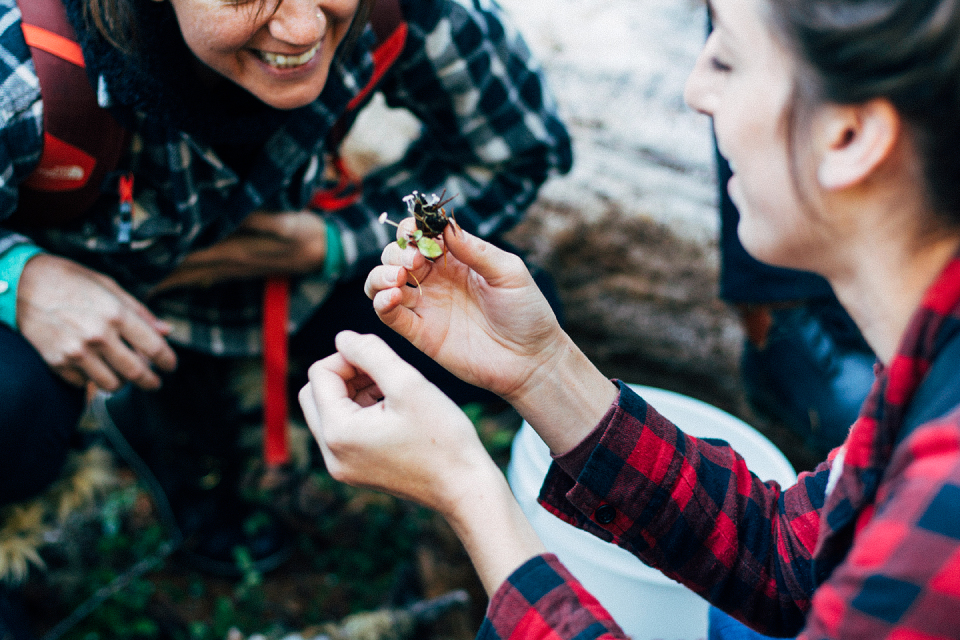 One of the oddest twists of mushroom history started in the 1920s, when growing mushrooms in the basement became something of an American cottage industry. A 1923 article in Popular Mechanics magazine profiled a mushroom farm in an abandoned New York brewery. According to the urban farmer, bumper crops could be produced by treating young spores to artificial fog, miniature lightning streaks, and jazz music. “Earn Cash at Home,” an ad for the United Mushroom Co. urged in 1936. “We buy all crops through ten branches.” The craze persisted through the late 1940s, though by that time cellar mushrooms had become a crop for home use only. The fad ended when the post-war housing boom replaced the cellars of old with finished rec rooms and play rooms.

By the 1960s, mushrooms were affordable yet still chic, and haute cuisine meant little cans of button mushrooms broiled in butter. Then, in the post-Julia world, fresh was always deemed best. And this is where mushroom evolution and I part company. The stampede to fresh mushrooms and the abandonment of the old canned item remains baffling to me, but to each his own. 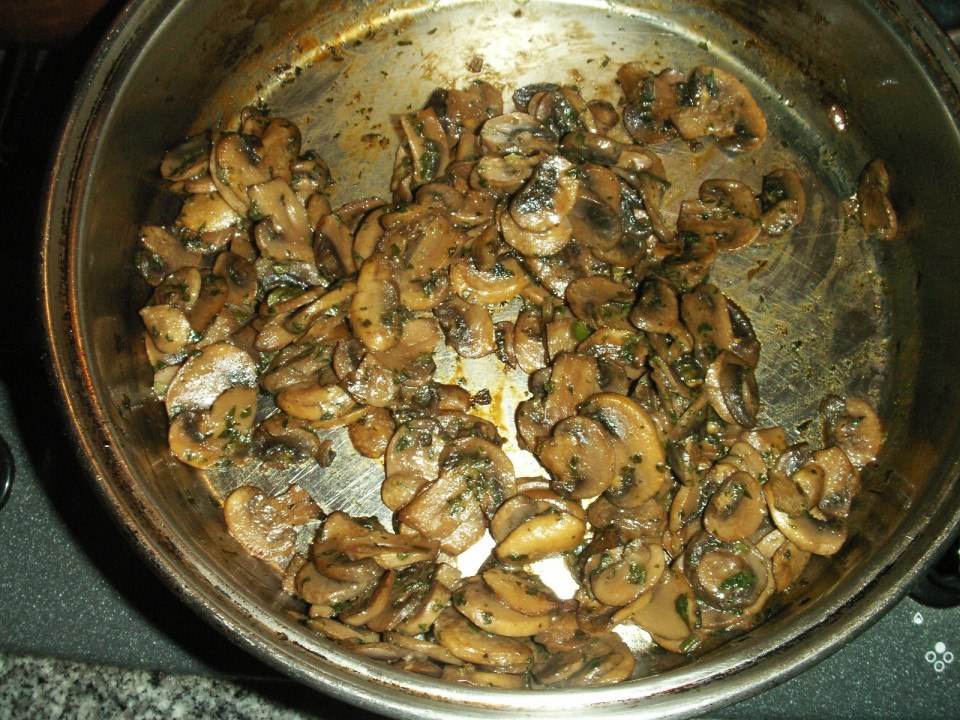 Fresh white mushrooms lack flavor. Sliced into a salad, they have the texture – and what I imagine to be the taste – of upscale Vermiculite. Scattered over a pizza and exposed to oven heat, they shrivel to something resembling a smoked oyster. Added to unsuspecting casseroles, they weep unsettling amounts of liquid into the dish.  This is not my idea of fine dining. I want mushrooms with a firm bite and a pronounced mushroomy flavor, something that can ride into the oven on a pizza and emerge in recognizable form. I want — and I know this is heresy — mushrooms that capture the essence of the old canned item. If you’re ready to join me in this heresy, here’s how to prepare fresh mushrooms to get that silky firmness with an intense flavor that outdoes both canned and fresh.

How to Cook Mushrooms

This is also a good way to hold mushrooms you intend to use later in the week. Fresh mushrooms will not last more than a few days in the refrigerator. These, stored in a  container with some of their broth, are good for a week.

One final thing I learned about mushrooms? The portobello isn’t an exotic import at all, just a fully mature cremini. According to Sharon Tyler Herbst in The New Food Lover’s Companion, “The name ‘portobello’ began to be used in the 1980s as a brilliant marketing ploy to popularize an unglamorous mushroom that, more often than not, had to be disposed of because growers couldn’t sell them.” Well, plus ça change, I’ve been had. Not that I particularly care. Whether it’s the large floppy portobello, the common white, or the delicate morels we used to gather in college, edible mushrooms are all delicious, and belong in everyone’s cooking repertoire.