You are here: News » Darrell Hammond is the New KFC Colonel

In what can only be assumed is an attempt to eclipse MacDonald’s new Hamburglar 2.0, KFC has introduced an ad campaign featuring an updated version of their own mascot. Playing the KFC Colonel is none other than legendary funnyman and impressionist extraordinaire, Darrell Hammond. And maybe it just comes down to source material (a white haired old man in a suit is probably inherently more likable than a bizarre meat patty obsessed child dressed like a mime), but KFC is the hands down winner. Macdonald’s amazingly managed to make the new version of their mascot even stranger than the old (I mean, really guys, the original was a terrifying puppet, you’re basically starting from zero, how could you mess that up?) With his dollar-store mask and creepy trench coat, the new Hamburglar looks like a dude who, for legal reasons, is not allowed within 100 feet of a school, and the ads themselves look like Micky-Dees scraped together some pocket change and a green screen and called it a day. 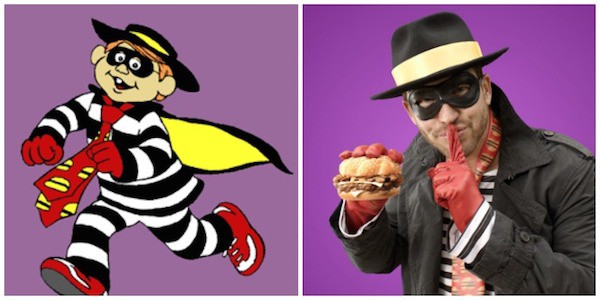 On the other hand, the new KFC Colonel is pretty darn funny! Not to mention Hammond looks gosh darn adorable as a jolly old Southern dude. He’s like the Santa of fried chicken. 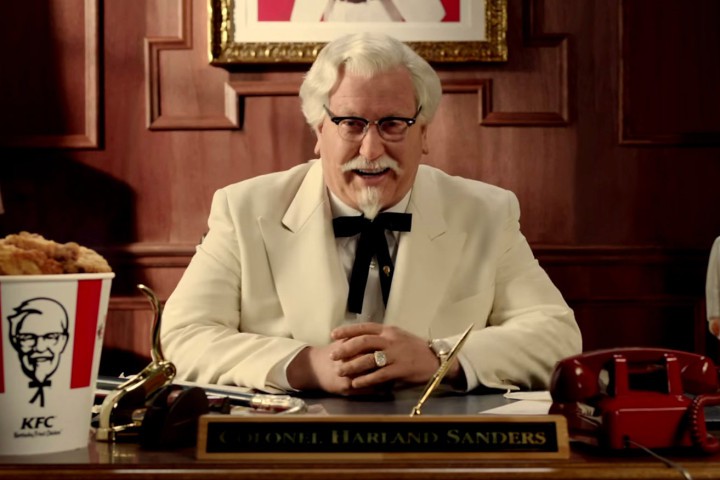 The ads themselves are lighthearted, cute, and poke fun at the original, real life Colonel, who apparently had a penchant for white suits and mandolin bands.

In the race for the updated mascot win, I’d say KFC has just recently lapped the Golden Arches. I’m not even particularly into fast food, but now I definitely want a bargain bucket.