Kalustyan’s: Find Amazing Ingredients from All Over the World

You are here: Food 101 » Kalustyan’s: Find Amazing Ingredients from All Over the World

I’m always amazed to come across savvy New Yorkers who don’t know about Kalustyan’s, but if you’re an ardent food lover, you’ll be hooked the minute you walk through the door. 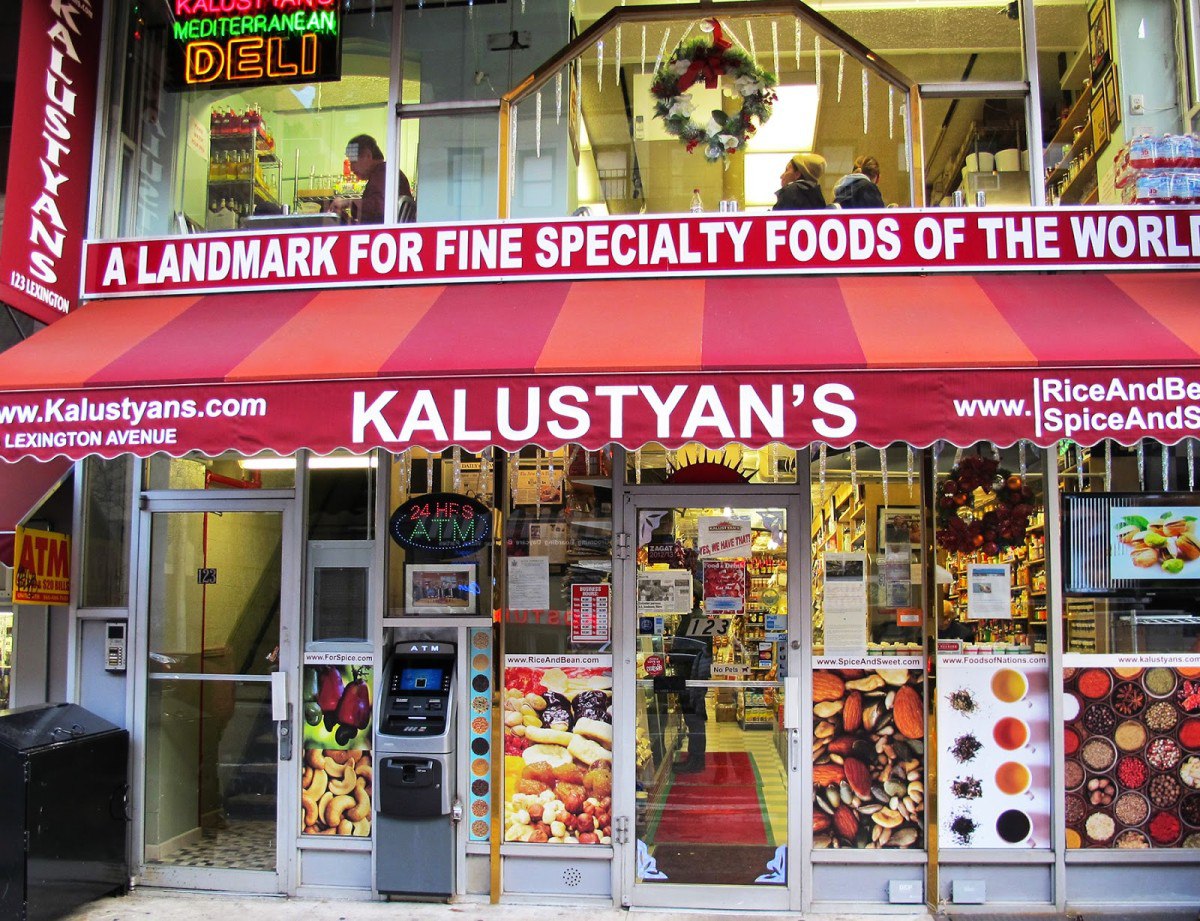 Kalustyan’s, at 123 Lexington (between 28th and 29th Streets), opened in 1944. The original owner, Kerope Kalustyan, was one of many Armenians who found refuge in the Kips Bay neighborhood in the decades following the Armenian genocide. Like all immigrants, the Armenians hungered for the taste of home, as did the immigrants from India who came a few decades later.

At a time when ethnic food shops were almost non-existent. Kalustyan’s featured rice, spices, tea, and other foods imported directly from the Mid-East, India, and Asia. Word spread fast: Come here for the real thing! Soon college students were car-pooling all the way from Rhode Island to get foods from their home countries, and New Yorkers in the know began to discover the place. Columnist Jimmy Breslin was fascinated. Young Madhur Jaffrey, on her way to becoming a famous cookbook author, said the authenticity of the food was worth enduring the owner’s somewhat legendary surliness. 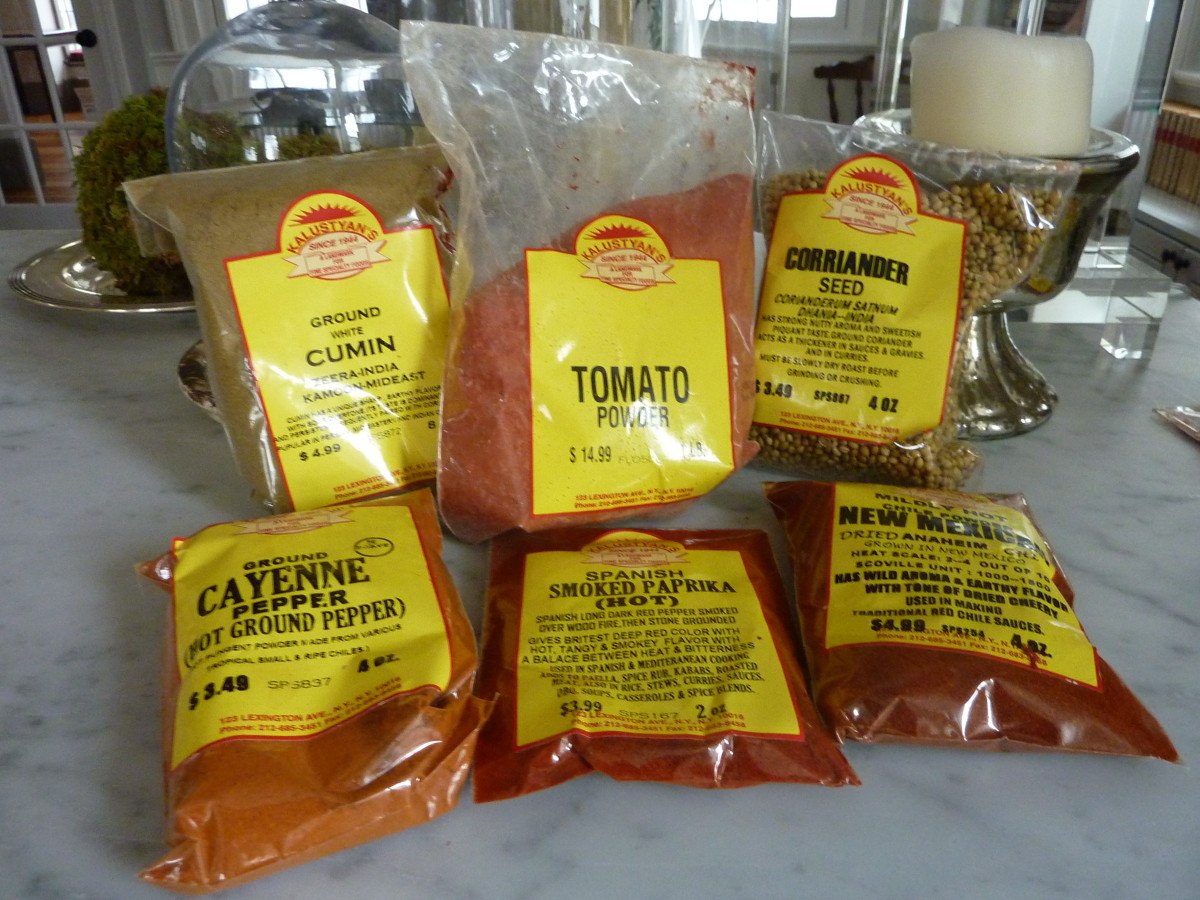 Spices are still a main draw here, but don’t expect familiar brands. They come in clear cellophane bags, in sizes ranging from an ounce or two to an entire pound. The savings increase proportionate to size, so it pays to buy with friends and divvy up. In addition to straight up spices, there are alluring blends for a wide variety of cuisines, from Persian to Portuguese, Balinese to Bavarian. I try a new one every time I’m there.

Another of the store’s original draws was rice. In the 1950s and 1960s, different types of rice were unknown in America. There was standard Uncle Ben’s and there was a variation that cooked in just a minute. Try to imagine a world without basmati, jasmine, arborio, or even simple brown rice and you can understand why people queued up to get into the store. Currently, Kalustyan’s offers 196 choices of rice types, sizes, and blends.

Over the years, Kalustyan’s expanded to accommodate new immigrant waves and the country’s growing culinary awareness. Although the focus is still on Indian and Middle Eastern cuisines, there is something from almost every country – organic peach tea from France, several types of Japanese seaweed, pink salt from Australia’s Murray River. I checked my own ethnic heritage and found two staples –Swedish brown beans and lingonberry jam – on the roster.

In addition to rice, hundreds of grains, flours, lentils and legumes round out the starch section, leaving one free to wander on to non-essentials like pickles, relishes, dried and glazed fruits, and nuts. 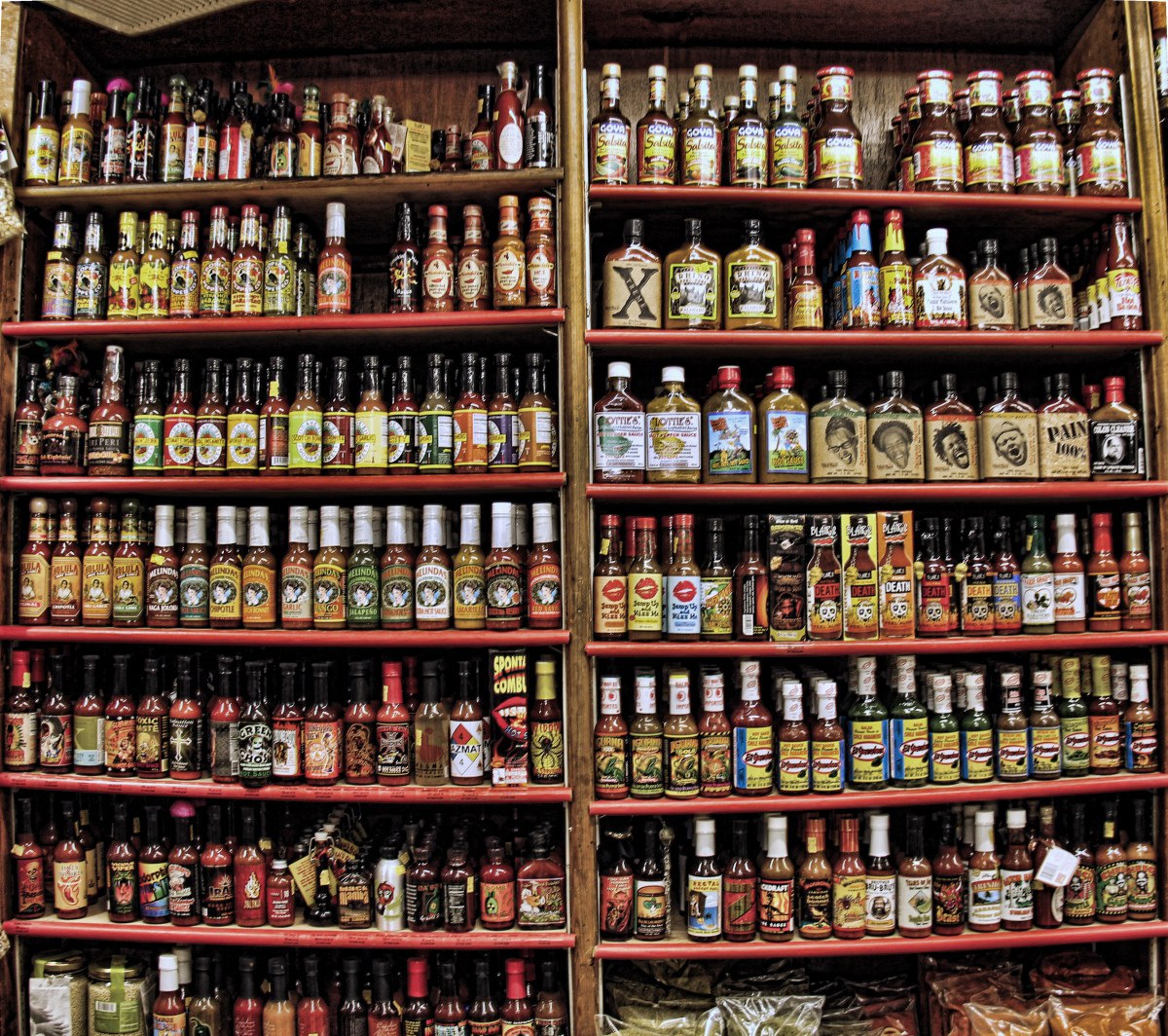 The wall of hot sauces is a world unto itself, and highlights another reason I love to shop there: the layout. In a relatively compact space, Kalustyan’s delivers a globe-spanning pantry. The items are fitted together as neatly as a jigsaw puzzle, and the effect is dazzling. Even before the store expanded, it always seemed intricate rather than cluttered, a tidy little Aladdin’s cave bursting with items you wanted to take home and explore.

Another standout offering is the selection of oils. I divide oils into three mental categories – high quality familiars, such as olive and nut oils; flavored oils that are a rare find, such as blood orange, truffle, and lime; and oils I have never heard of before, such as argan oil from Morocco and dende oil from Brazil. Kalustyan’s has plenty in each category. You can drive yourself to distraction trying to pick just one, so I usually let myself buy two.

Be sure to explore the many items bearing Kalustyan’s private label. The mango chutney is the best I’ve ever eaten, the grease-free falafel has a distinctive flavor all its own, and the lahmajun and lebne from the refrigerated section are always on my must-buy list. 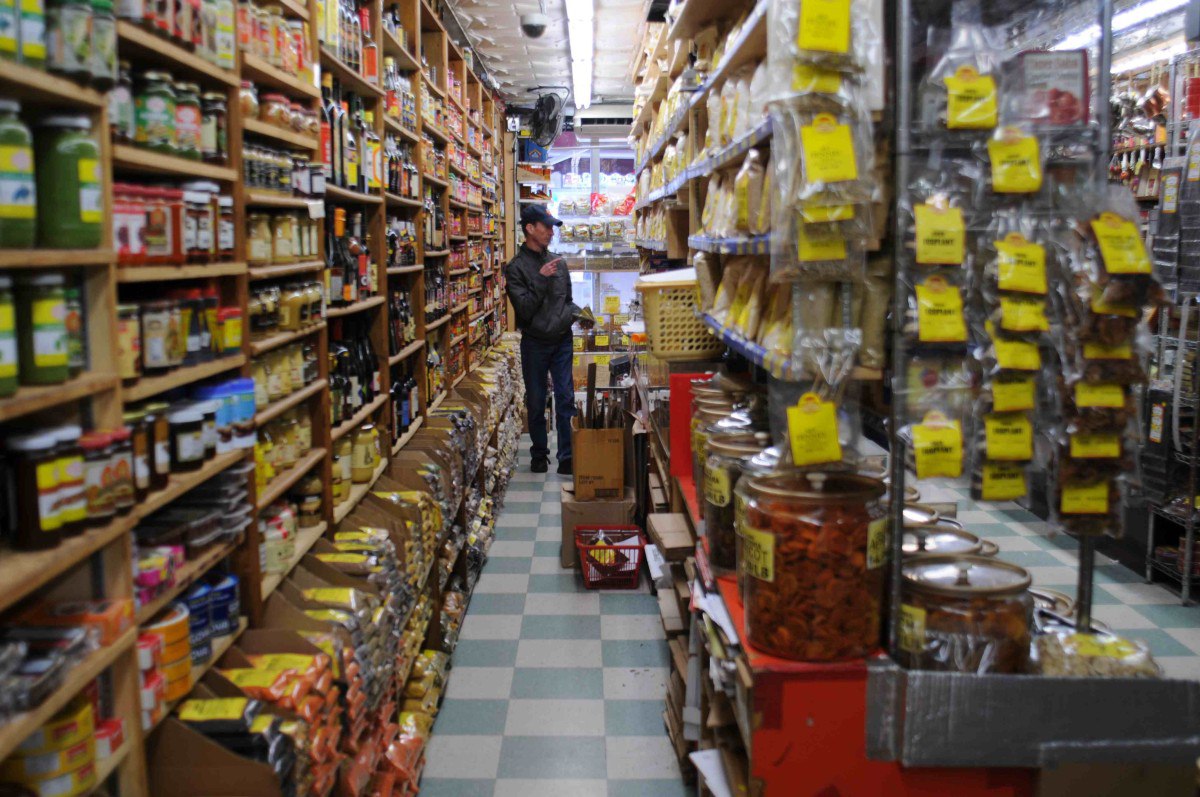 There are so many tempting items tucked away here that it pays to go to Kalustyan’s web site and study the offerings before making a visit. Familiar as I am with the place, I did this before my last visit and discovered they now have a nice selection of bitters that I might otherwise have missed. It also pays to go there hungry, as the café section serves wonderful over-stuffed sandwiches and appetizers. Look on it as research, as whatever you order you will probably want to replicate at home.

Have you been yet?