What are Oysters Rockefeller?

You are here: Food 101 » What are Oysters Rockefeller?

‘O Oysters,’ said the Carpenter,
‘You’ve had a pleasant run!
Shall we be trotting home again?’
But answer came there none —
And this was scarcely odd, because
They’d eaten every one.

This was my favorite poem as a child, and Lewis Carroll’s deliciously macabre verse was my introduction to food writing, the sea, and that wonder of the salty shore, the oyster. Because of this poem, I was willing to try a raw oyster at the age of 4, and though it wasn’t love at first swallow, it set me off down the pearly path that eventually lead to that classic dish cherished by oyster lovers everywhere, Oysters Rockefeller.

What is Oysters Rockefeller?

Oysters Rockefeller is an appetizer dish of oysters baked on the half shell in a sauce of butter, chopped greens, onion, and garlic. It is usually topped with buttered bread crumbs and, often, grated Parmesan cheese, which is then browned under a broiler.

The Rich History of Oysters Rockefeller

Named after John D. Rockefeller, a famous New Yorker in a town famous for its oysters, one might think this dish originated in the Big Apple. In fact, there is no connection at all between Rockefeller and the dish that bears his name, nor was the dish a New York creation.

Oysters Rockefeller made its debut at the famous Antoine’s restaurant in New Orleans in 1899. Founder Antoine Alciatore had passed away some years earlier and his son, Jules Alciatore, was in charge. One of the restaurant’s early hits had been Escargot Bourguignon – snails in a sauce of butter, garlic, minced shallot, brandy, and chopped parsley. But the dish’s popularity had begun to wane, and the snails, imported from France, were in short supply. Jules Alciatore looked for a way to adapt his father’s signature dish to a local food source available in abundance. The result, to the world’s delight, was Oysters Rockefeller. 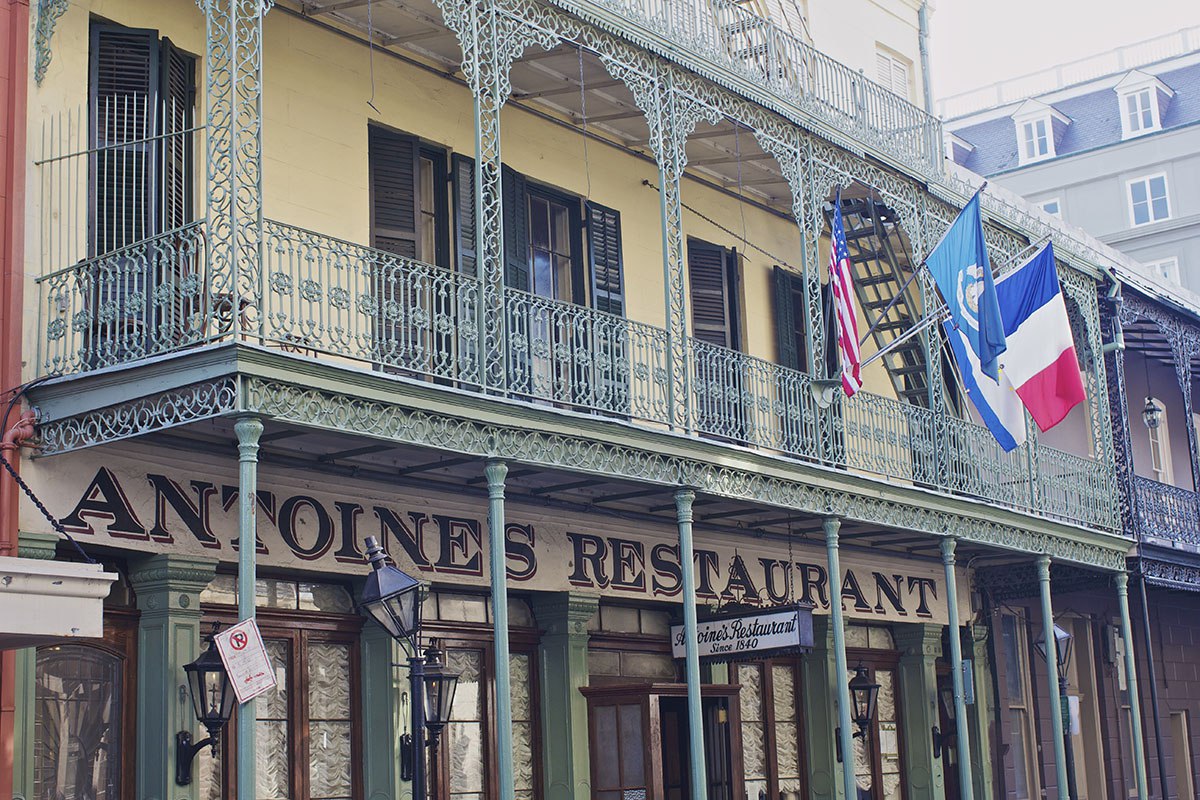 Like Escargot Bourguignon, Oysters Rockefeller makes liberal use of butter, delicate greens, and minced onion and garlic. The exact recipe, however, remains unknown, a closely-guarded secret of America’s oldest family-run restaurant. Spinach and parsley are the greens most commonly used, but in 1980’s Antoine’s Restaurant Cookbook, Jules’ great-great-grandson Roy Guste, Jr. described the sauce as “basically a puree of a number of green vegetables other than spinach” – ambiguous wording that makes us wonder if spinach was in the original at all.

Then there’s the question of the alcohol. There’s no brandy in Oysters Rockefeller, but many recipes call for Herbsaint, an anise flavored spirit. Some argue that this is a modern addition, since Herbsaint did not exist when Oysters Rockefeller was invented. However, Pernod, another anise-flavored spirit, did exist, and it’s likely that Herbsaint was offered later as a less-expensive alternative.

As for how the dish got its name, the story goes that the richness of the butter and the dollar-bill green of the sauce reminded either a customer or the chef himself of the richest man in America at the time, Standard Oil founder John D. Rockefeller.

Oysters Rockefeller gained fame not only as a delicious dish but as a new one – when eaten as an appetizer, oysters had generally been served raw, with nothing more than a bit of lemon juice or hot sauce. The special preparation and added ingredients of Oysters Rockefeller made the dish a wow. 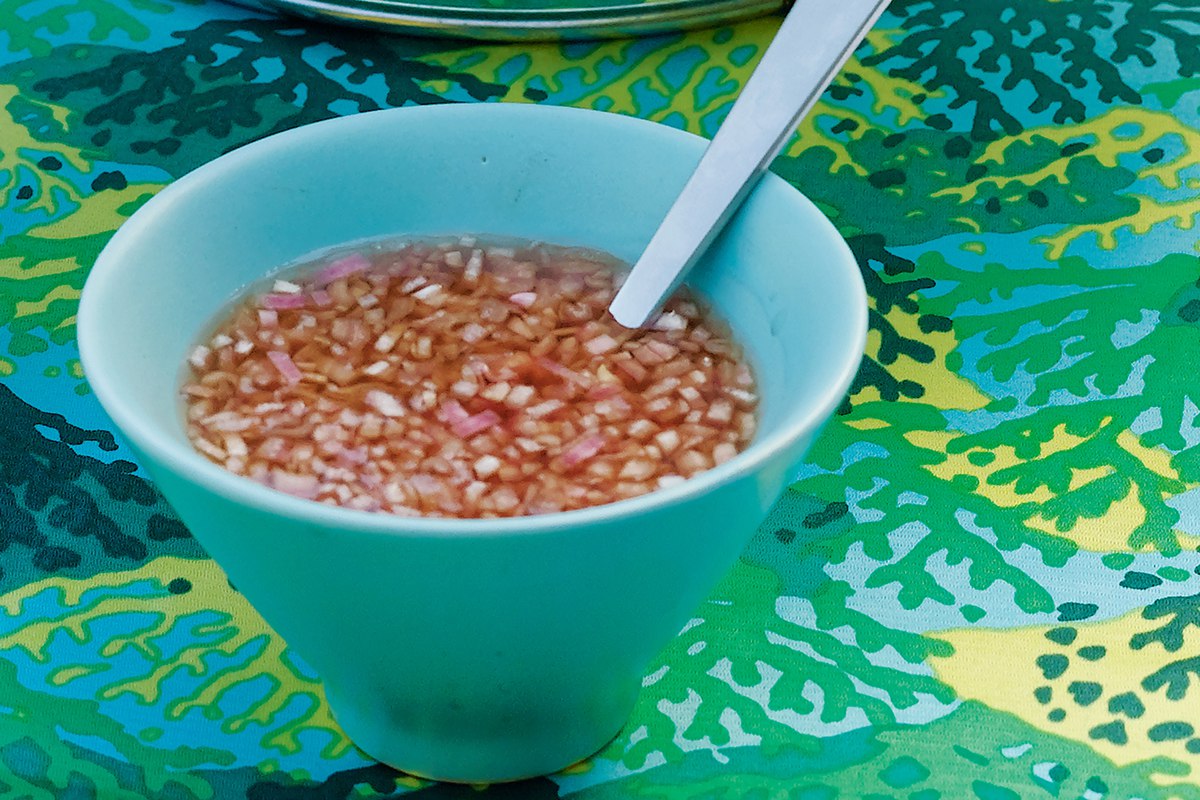 How to Make Oysters Rockefeller

To make Oysters Rockefeller you will need fresh, live, unopened oysters in the shell. Once you’ve acquired those, you are just a few steps from the finish line. The sauce can be assembled ahead of time, then spooned over the opened oysters resting in their half shelves, topped with bread crumbs, and finished in the oven.

There are numerous recipes for the sauce, and which you choose — and you should choose ahead of time so you can move quickly while the oysters are freshest – is a matter of personal taste. I love Tyler Florence’s recipe for several reasons. First and foremost, he does not puree the sauce. Pureeing is quick and easy, but always reminds me of pesto. I like the texture of un-pureed sauce, and the bits of onion and garlic that create micro-bursts of flavor. I also like the dash of hot sauce he adds, and the fact that he adds the Parmesan to the bread crumbs – this dish should not come, as it does in some restaurants, with a thick layer of melted cheese covering both the oysters and the green of their sauce.

I also recommend serving mignonette sauce on the side as Florence does. This delicious sauce, of chopped shallots and vinegar seasoned with cracked black pepper, is a traditional accompaniment for raw oysters. It works well with Oysters Rockefeller, and if you’ve never quite gotten into eating them raw, this could push you over the top — just don’t send us the bill for your new addiction.