The Origin of the Nuts4Nuts Carts

You are here: Food 101 » The Origin of the Nuts4Nuts Carts

If you’ve spent any time at all in midtown, you’ve probably seen a Nuts4Nuts cart or two, or seven. Heck, you’ve probably smelled the sweet aroma a block away before it’s even in sight. These carts are everywhere, and seem to be a long-standing staple of New York City. However, despite how ingrained they are in sidewalk scene of Manhattan these days, street-side nuts are actually a fairly new business. Keep reading to learn everything you ever wanted to know about these sweet yummy sidewalk snacks.

For those of you who are unfamiliar, Nuts4Nuts is, well, a nut company. They have carts all over Manhattan selling delicious nuts covered in sweet, crunchy sugar. Prices are cheap, a few bucks for a bag (sometimes you can snag ’em for a single dollar), and they sell almonds, cashews, pecans, peanuts, and coconut. I bet some of you tried and true fans weren’t even aware of that –Nuts4Nuts sells awesome sugar-covered chunks of coconut, too. The company attributes their popularity to their cooking technique. The large copper pans they use allow for the nuts to cook slowly and evenly without burning, so you get a caramelized and crispy, not burnt, sugary coating. 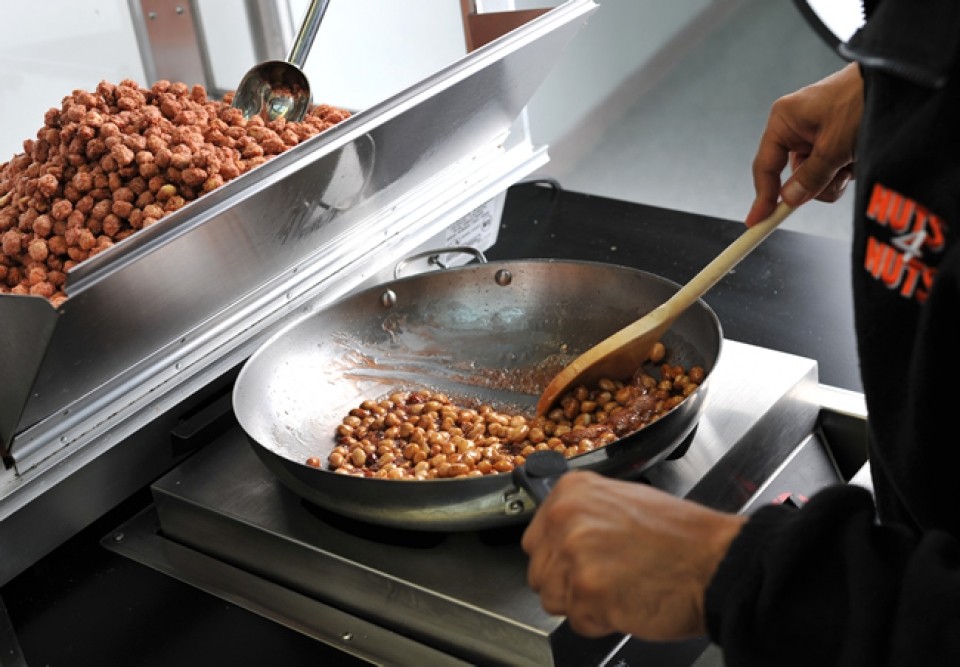 Where Did Nuts4Nuts Come From?

According to legend — yes, there are legume legends out there, folks — Alejandro Rad began peddling the sweet treats when he first moved from his native Argentina to the US in 1989. Sugar covered nuts had long been an Argentinian snack, traced back to the 1920s, known as Mani Garripanada. By 1993, the Nuts4Nuts brand was born (though it was known as Nuts About Nuts for the first few years). Slowly, Mr. Rad grew his business from one lonely pushcart to over 100 NYC mobile nut stations.

Who Works at Nuts4Nuts?

Apparently, anyone who wants to! Nuts4Nuts is a bit of a self-starter company. If you think a nut cart would thrive in your local area, or know of a great NYC spot with lots of hungry tourists, you can buy a cart of your very own. According to the Nuts4Nuts website, $10,ooo will get you a single cart. The company will also teach you the recipe and cooking process, give you sales materials, and help you out with suppliers and venues. It’s a cool way to own a small franchise location, without the much larger upfront costs of a brick and mortar store. 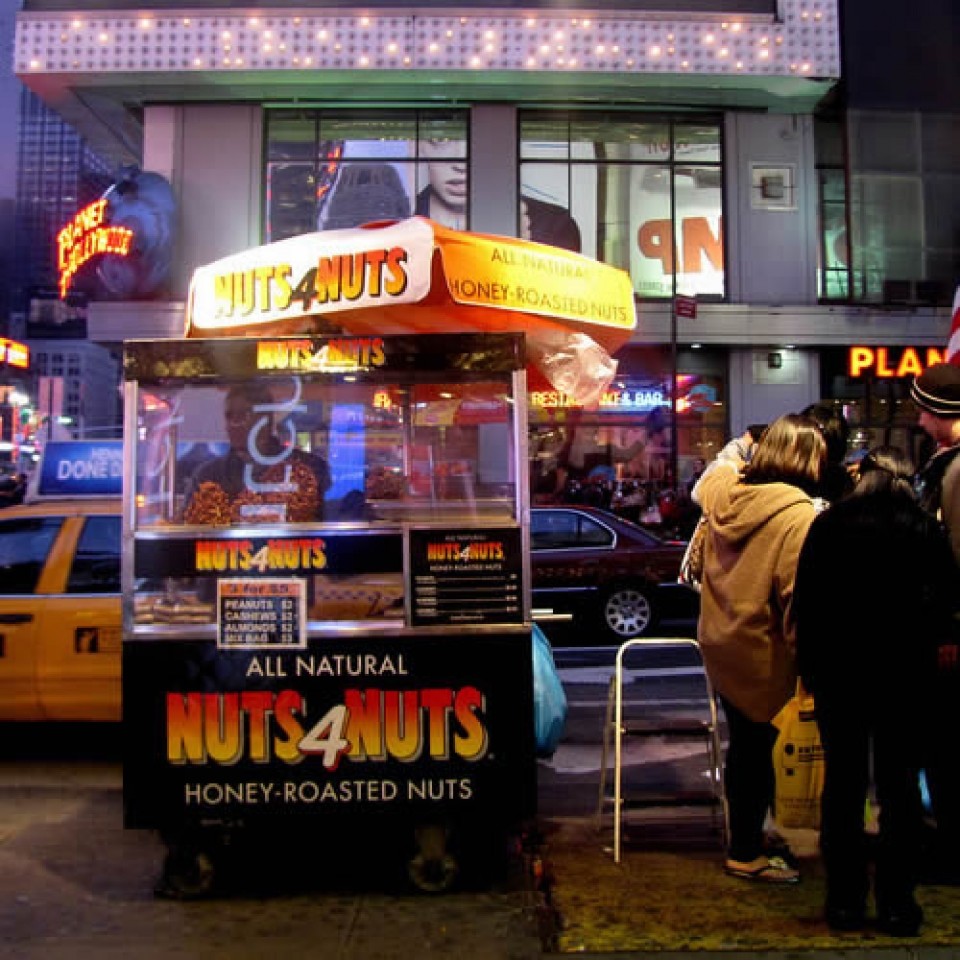 So, Where Can I Buy Some Nuts?

The most important question of all –where the heck can I try some? Obviously, if you’re near Manhattan, you have no shortage of nut carts to choose from. However, Nuts4Nuts has branches in Washington D.C., Miami, and even Chile and Spain. In fact, the carts were so popular when they first set up shop along Chilean sidewalks that numerous knock-off brands quickly began popping up. Obviously, the “4” didn’t translate in spanish, which meant the original signs were reading “Nuts Quatro Nuts.” So, what did these new, competing nut carts do? Up their game, of course! Soon carts with ever-increasing numbers were selling their nuts. There was a Nuts5Nuts, followed by a Nuts6Nuts, and on and on. And really, who wants a 4-nut when you can have an 8-nut, amarite? 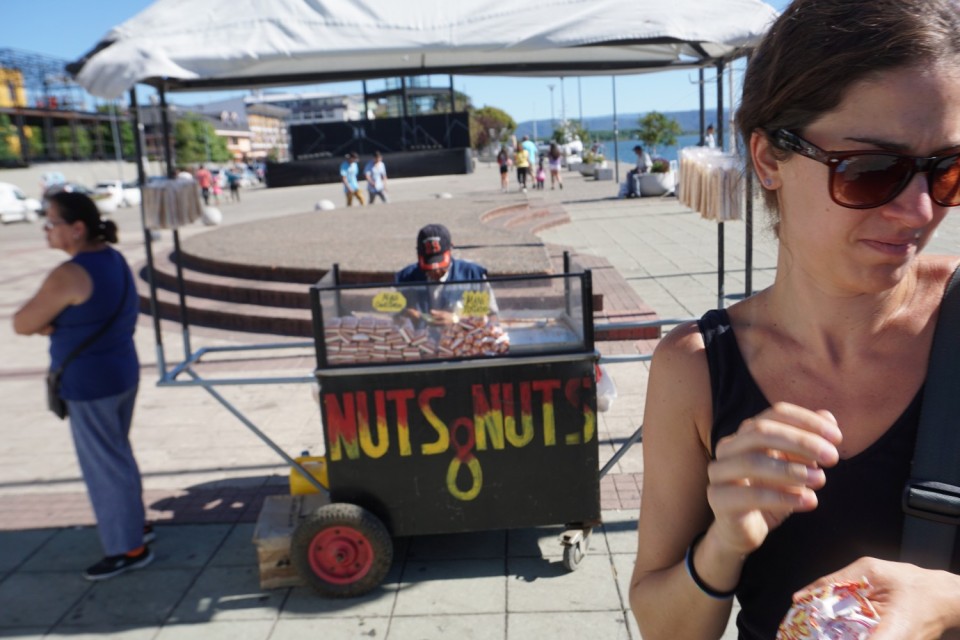 But if you’re set on the real-deal (no knock-off nuts for you!), or know someone who is, you can even purchase Nuts4Nuts gift cards. (Fyi, you get to choose the picture on the gift card from a list of templates, one of which is a tux and bridal gown. Please lord, let someone buy me a Nuts4Nuts wedding gift certificate …But I digress.)

Have you tried Nuts4Nuts? Whether they’re your favorite street-treat or not yet on your radar, we suggest picking up a bag the next time you pass a cart, it never hurts to eat something warm and covered in sugar.