Looking to satisfy your sweet-tooth, but tired of the same old New York glazed donuts and overpriced cupcakes? Well then, how about expanding your palate and trying some obanyaki?

Obanyaki, also known as Imagawayaki, is a popular Japanese snack sort of like a stuffed pancake, though in reality it is a whole lot more than that. 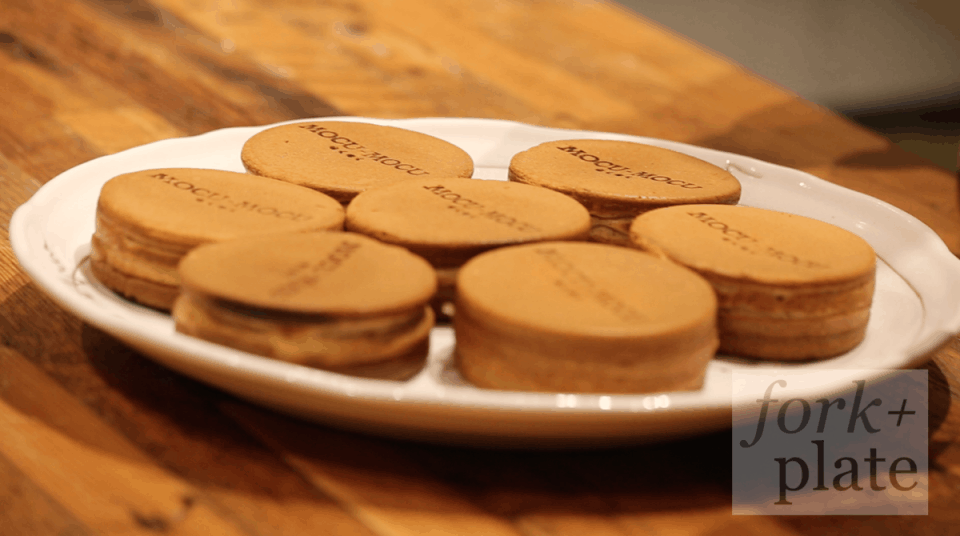 Obanyaki is a round, thick pastry stuffed with various fillings –traditionally filled with red bean paste, obanyaki fillings have expanded to include everything from vanilla custard, fruit preserves, vegetables, meat, curry, even potato and mayonnaise.

It is similar to another popular Japanese dessert, Dorayaki. However, whereas Dorayaki is two separate pancakes with filling in the middle (think whoopie pie), obanyaki is cooked with the filling inside. It is baked in a pan that’s like a cross between a waffle iron and one of those mini burger presses, creating a crisp outer shell with filling encased inside –a great portable snack! 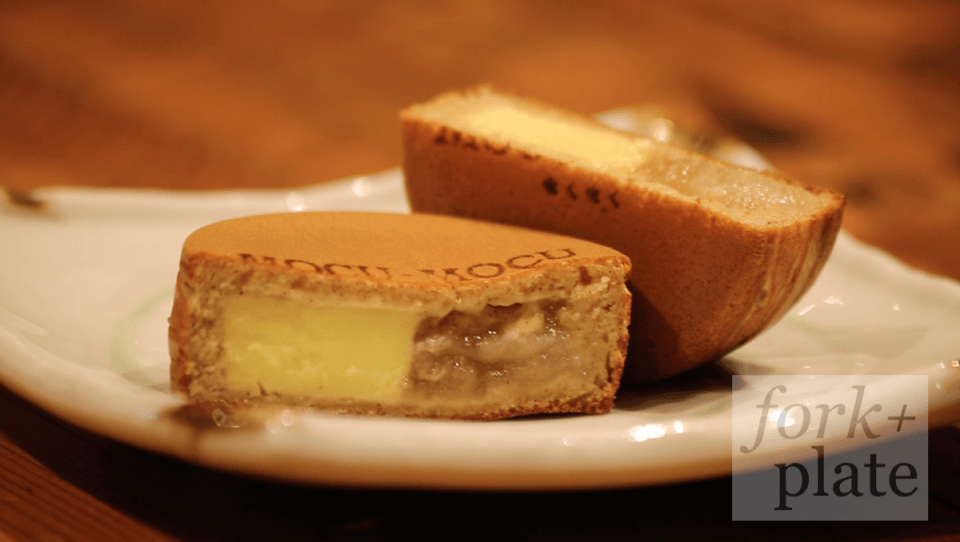 Imagawayaki originated in 18th century Japan where is was sold near the Kanda Imagawabashi bridge, giving the treat its name. However in the Kansai region, the treat became known as obanyaki, which means “baked coin,” due to the fact that the round cakes resembled Oban, a currency used at the time.

The treat became so popular it was used as a part of international relations, and quickly spread not only across Japan and but to other countries like Korea and Taiwan, solidifying its station as Japan’s favorite treat, as well as allowing the dessert to morph –with folks experimenting with different fillings and even shapes.

For example, Taiyaki –an extremely popular snack in Japan today –was invented in 1909 as a version of obanyaki that is shaped like a fish. Cute, right? 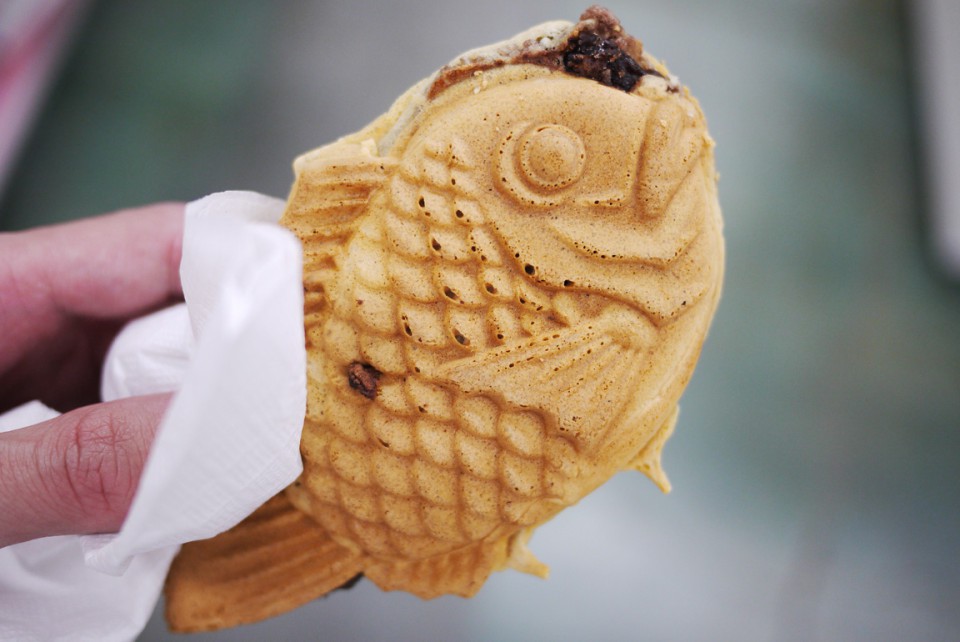 Where Can I Find Obanyaki?

While obanyaki can be found all over Japan, I’m assuming you guys are interested in finding some a bit closer to home. May we suggest MOCU-MOCU to satisfy all your crispy, filling-filled, pancake-y dreams. MOCU-MOCU, is an amazing, casual cafe specializing in Japanese snacks and comfort food that recently opened in Hell’s Kitchen on June 9th of this year.

They specialize in obanyaki (along with okonomiyaki –a savory pancake dish) so this is definitely the place to come if you’re looking to try the great, authentic Japanese treats. Stop by for these, and other traditional treats, or stay for lunch or dinner where they serve up soups and small plates, blending western and Japanese cooking.

And be sure to order a few obanyaki to go –you know you’re gonna want more later. 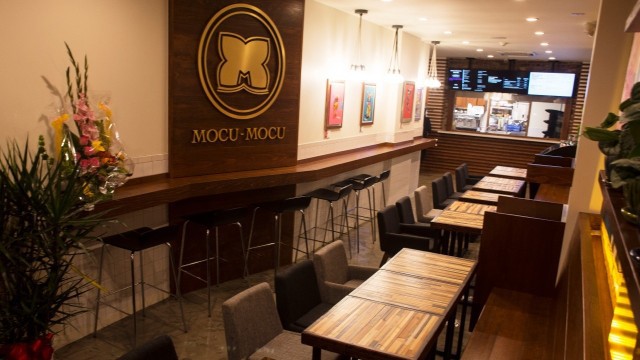 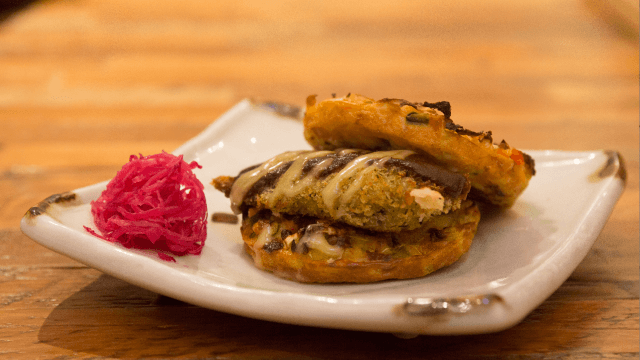 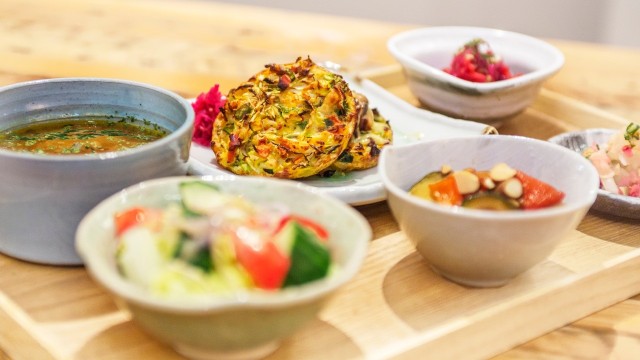 How Do I Make Obanyaki?

Lucky for us Chef Hiroko Shimbo showed us how she makes her fabulous MOCU-MOCU obanyaki. Chef Shimbo is the authority on all things edible and Japanese. A renowned chef and teacher, she also moderates numerous international cooking events.

She quite literally wrote the book –three in fact –on Japanese cuisine, and they are considered essential for anyone learning to cook authentic Japanese food. Though twice a year she teaches a week-long intensive on Japanese cuisine at the International Culinary Center in NYC, Chef Shimbo’s wisdom is in high demand.

So how lucky are we to get a private obanyaki lesson from this woman!?

You’ll need to pick up an obanyaki pan, but other than that, if you’ve made waffles before, you should be able to handle this sweet treat. Check out the video and recipe below to learn the in’s and out’s of becoming an obanyaki master. Hiroko suggests enjoying the treat at tea time with a cup of green tea; though she also gives her blessing for it to be consumed with “our American coffee.” And trust us, it’s really good dipped in coffee.

How did your obanyaki come out? Got any suggestions for new and interesting fillings?

3 responses to “How to Make Obanyaki w/ MOCU-MOCU (Video)”