What is Bone Broth & Why You Should Be Making It

Currently one of the biggest food and health trends, bone broth is actually one of humanity’s oldest foods. For as long as we have been cooking meat as a species, we’ve been boiling the bones with water after.

There are many health benefits of well-sourced animal meat, and even more from the broth:

Often confused with soup stock, bone broth is the result of boiling animal bones with water for far longer than one would for stock nowadays, often without aromatics. With many hours of simmering, the taste and health benefits of onions or carrots would be long since lost; they are better add ed after. You need only to add a small amount of salt and some acid to help pull the minerals out of the bones, in addition to bones and water. 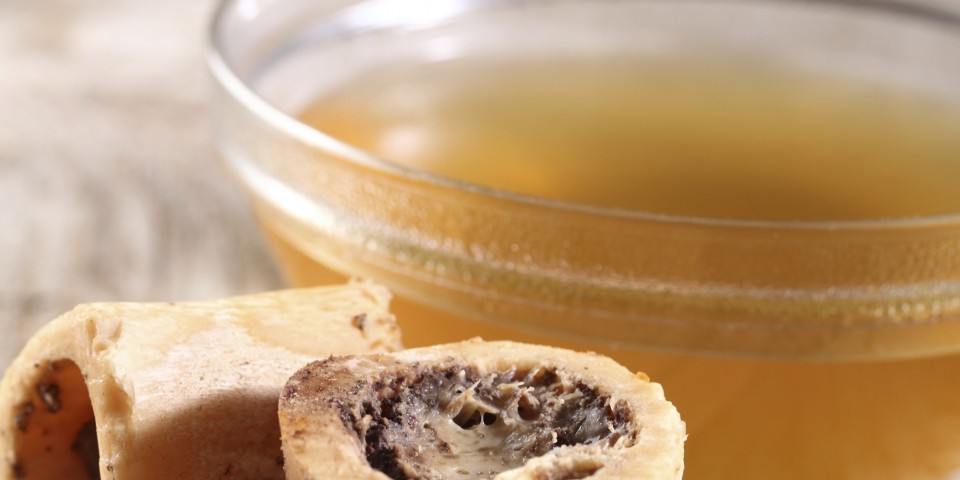 The benefits of bone broth can only be obtained from well-sourced bones. If you boil factory farmed conventional bones, you’ll be concentrating the pesticides the animals are fed, the hormones and antibiotics they’re given, and all of their inflammatory conditions. Bone broth is only useful if made with grass-fed, pasture-raised, and organic bones.

Examples of animal bones that are good for making broth:

You can use one or a mix, and can choose whichever animal’s flavor you prefer. You can use leftover cooked bones from a meal you’ve made, or buy them specifically to make broth.

My ratio for making bone broth is a simple one:

If using raw bones, taste will be improved by browning them first in the pot, if desired. Bone broth is cooked for 2-3 hours in a pressure cooker, 12-24 hours stove top, or 24-48 hours in a slow cooker.

After simmering for the right duration of time for your cooking method, cool and strain out the bones. You can increase the ratio to make any amount of broth, and it freezes very well; make sure to chill it thoroughly first.

The fat that collects on top once the broth is cold is nutrient rich and can replace butter or oil in savory recipes. 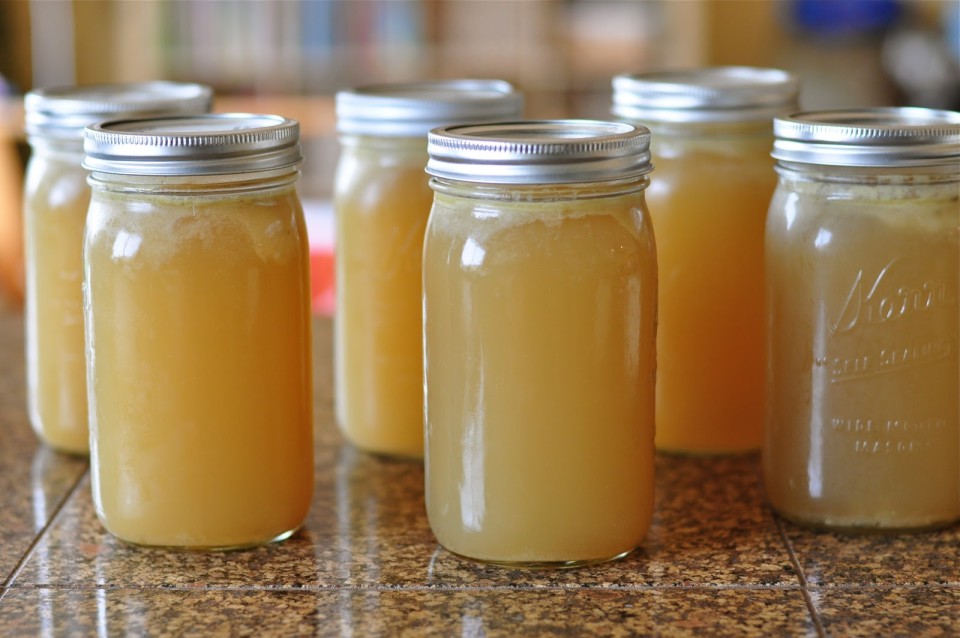 Broth can be used as:

I have 51 recipes for everything from stews to cocktails using bone broth in my book “The Bone Broth Miracle.” However you choose to use it, bone broth is a simple, delicious tool for wellness.

Ariane Resnick is a private chef and certified nutritionist who specializes in organic farm-to-table cuisine and creates indulgent, seemingly “normal” food out of impeccably clean, whole food ingredients. She has cooked for celebrities that include Gwyneth Paltrow, Chris Martin, Agustina Groening, Lisa Edelstein and Jeff Franklin, and has been featured in media such as Well + Good NYC, In Style, Star, Goop.com, Food.com, Huffington Post, Refinery29.com, Muscle & Fitness, Men’s Fitness and Food Network’s “Chopped.” She is also a survivor of late stage Lyme Disease and chemical poisoning, and recovered holistically from both. When not crafting beautifully presented tasty dishes that accommodate just about any dietary restriction, Resnick consults clients and chefs on wellness, nutrition, and provides hands-on instruction for simple ways to cook more healthfully. Her first book, “The Bone Broth Miracle,” was released in May, 2015 by Skyhorse Publishing.