You are here: Food 101 » The 7 Oldest Restaurants in New York City

In New York City, keeping a restaurant in business for over a year is a major accomplishment– most restaurants close before they even have the chance to generate hype, reviews and make a lasting impression in this city of constant turn-over. Restaurants celebrate second, third and fourth birthdays proudly, but New York is home to a handful of restaurants over 100 years old! Visit some of New York’s oldest restaurants and see if their reputation withstands the test of time.

New York City’s oldest existing restaurant, Fraunces Tavern now functions as a museum and historic landmark as well as a place for dining and drinking. Dating back to pre-revolutionary times, the restaurant has a magnificent history in the founding of America: including functioning as a meeting place for the secret society Sons of Liberty and hosting a feast after the British evacuated New York, during which George Washington bade his famous farewell to officers. While the history lies more in the building than in the food, Fraunces Tavern still serves up some tasty bites for brunch, lunch and dinner including oysters ($16/half dozen), grilled lamb chops with couscous ($28), and colonial style shepherd’s pie ($18). 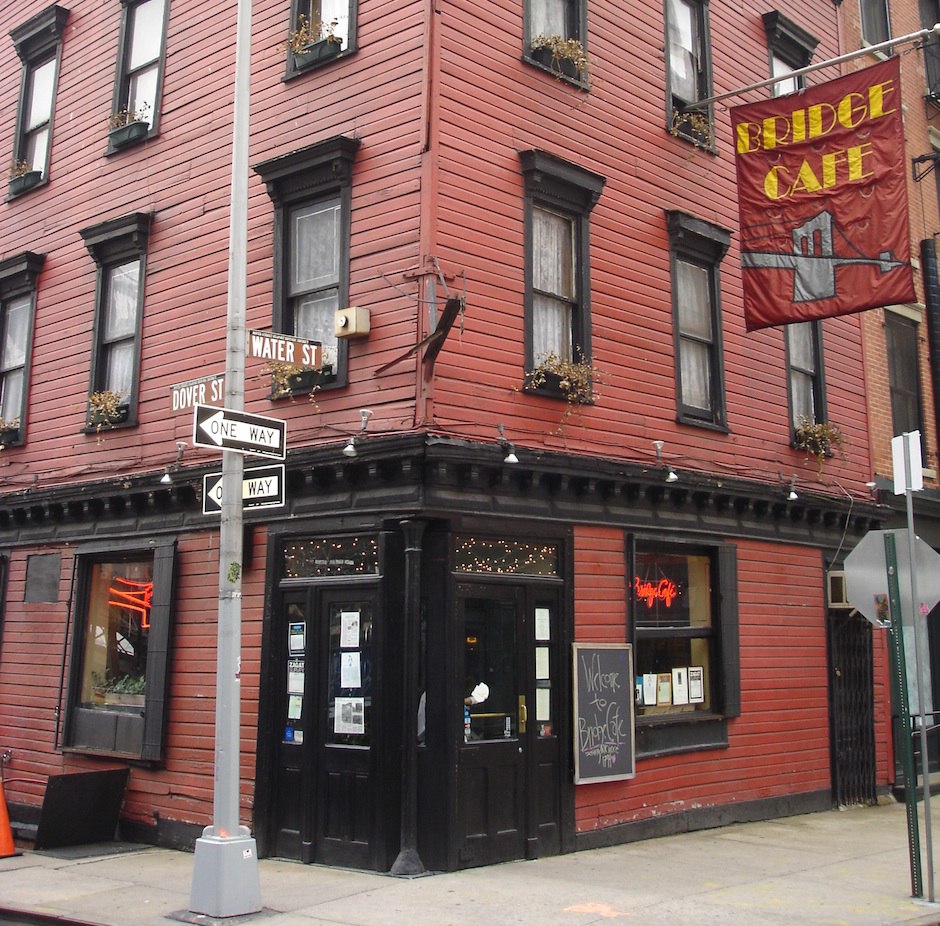 Just after America declared its independence, Bridge Cafe started serving its famous soft shell crabs to New Yorkers, politicians and financiers included. The restaurant has maintained its rep– even V.P Joe Biden is a fan! While the wood-framed restaurant is still trying to recover from 2012’s Superstorm Sandy, we remain hopeful it will return. 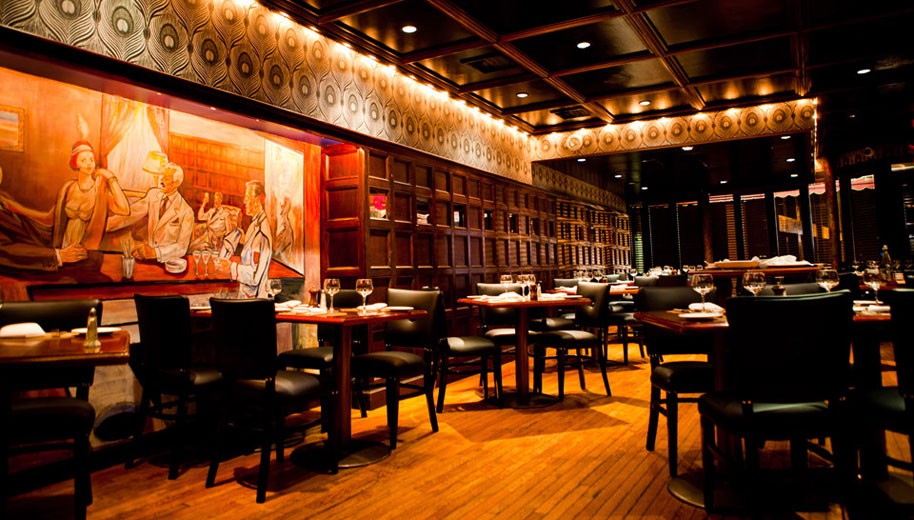 Known as “America’s First Restaurant”, Delmonico’s as it stood in 1830– menus, tablecloths, properly trained waitstaff- is probably as similar a restaurant from the early 19th century that we would recognize today. The menu offers standard, yet exceptionally prepared steakhouse items tailored to a contemporary palate, including hot blue crab cakes with charred pineapple ($19), cage-free foie gras ($24), ale battered onion rings ($19), and their classic 1876 Lobster Newberg ($39) as well as the 1880’s Chicken ala Keene ($30). 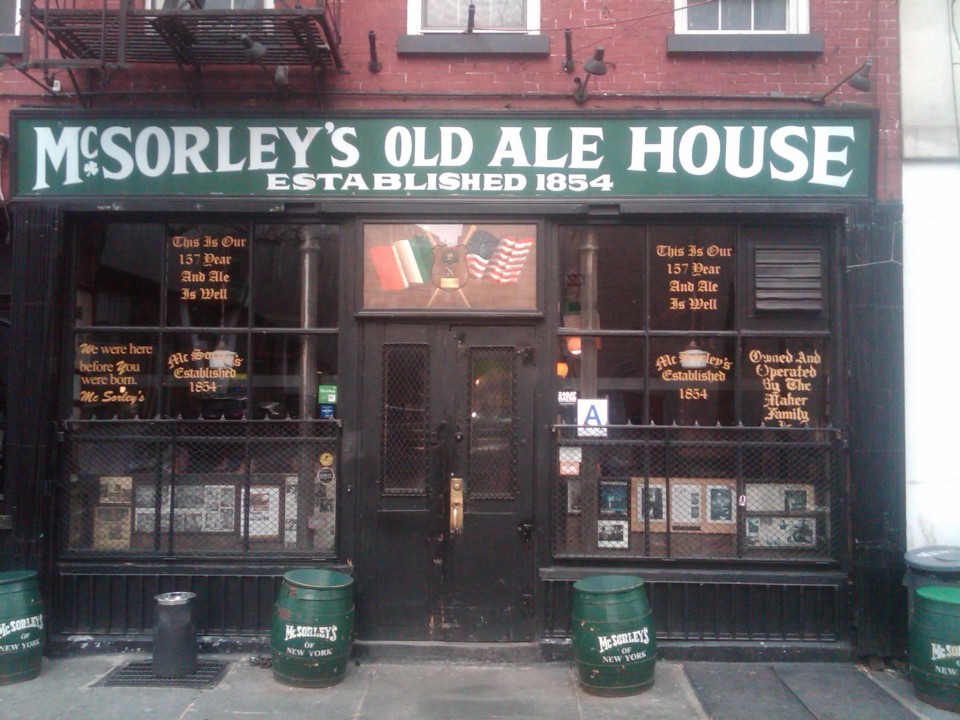 Thought more of a bar than a full-out restaurant, this men’s club only started allowing women inside to drink in 1970! New York has definitely changed a lot since then, if not 1854.  Today, McSorley’s is still a bit of a boys club, albeit frat boys, drinking Jack and Coke, but former presidents, notable athletes and artists have all been known to enjoy a brew here over the best two centuries. 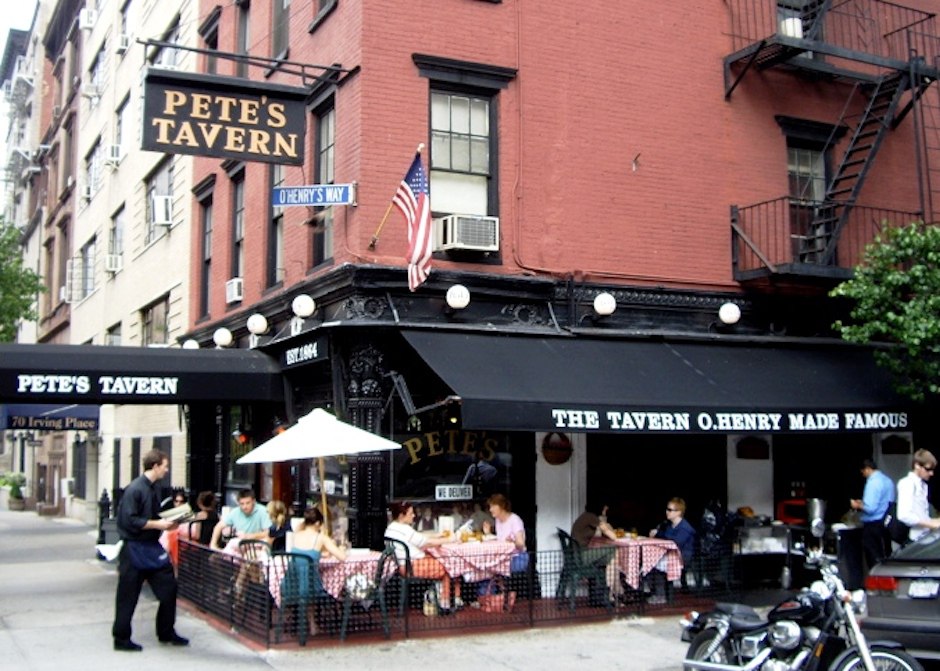 This mid-nineteenth century Italian-American restaurant still functions as a popular downtown hangout at brunch, lunch and dinner. Your standard Italian-American fare is found here: fried calamari ($15.50), Caesar salad ($11.50), Penne ala vodka ($18.50) and chicken cacciatore ($18.50). You can also find some truly American items here, like burgers and wings. It’s these feel-good classics that have kept the restaurant alive for so long! 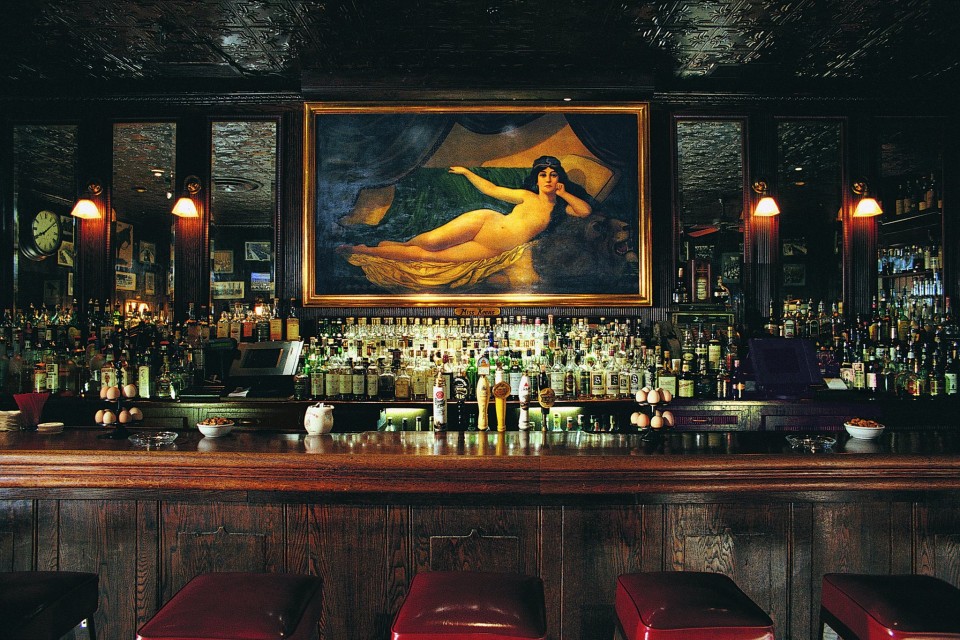 Even though New York has seen an unprecedented number of vegans in recent decades, the New York steakhouse continues to reign supreme. The lunch, dinner and pun menus are all great, but you’re really visiting for Keen’s famed mutton chops ($51). The giant chop has been praised by the likes of the New York Times as far back as 1935 and legendary chef James Beard in 1950. You’re going to want to sink your teeth into the tender meat, perhaps with a side of creamed spinach, you know, for health. 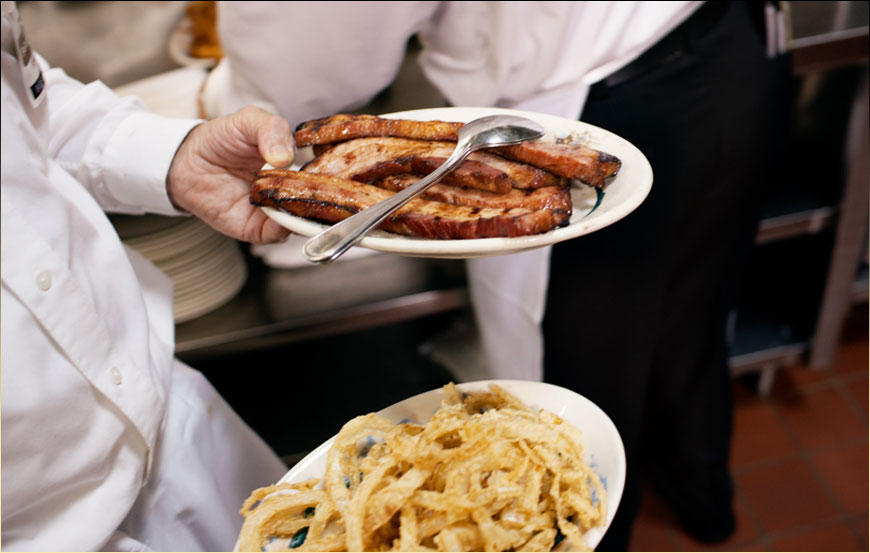 Yet another steakhouse to withstand the test of time, Luger’s is notorious for being continuously booked, with weekend reservations necessitating weeks of advance notice. If you want an in, the key is going for lunch, when food is both more affordable and easier to obtain without a crazy wait. The oldest restaurant in Brooklyn, you’re going for 100+ year old classics that are still very relevant to the borough today, like greasy slab bacon that puts all the hipster greasy spoons to shame.

While it seems like there’s a new trendy restaurant to visit in NYC nearly every day of the week, these restaurants have truly withstood the test of time, and will probably be around long after that trendy molecular-fusion mash-up restaurant lasts. Throwback to a New York from centuries ago and see what makes this old timers so good!

Check out our Where To Eat section for more delicious places sorted by neighborhood.