4 Restaurants in NYC That Take You on a Journey

You are here: Food 101 » 4 Restaurants in NYC That Take You on a Journey

Recently I found myself at the foot of Machu Picchu, glass of Chicha (fermented corn beer) in hand, watching two Peruvians dig a hole in the dirt and line it with rocks from the Vilcanota river. This hole would be our oven, and was filled with locally sourced Andean meats and vegetables like potatoes, oca, yellow peppers, and yams. Pachamanca, a Quechua word for “earth pot”, is an ancient Peruvian cooking tradition dating back to the Incas, and at Sumaq Hotel, I got to experience the real deal! The “earth pot” was covered with banana leafs and Andean dirt to cook between heated stones, and the result was an earthy meal and exotic culinary experience I now crave in New York City. 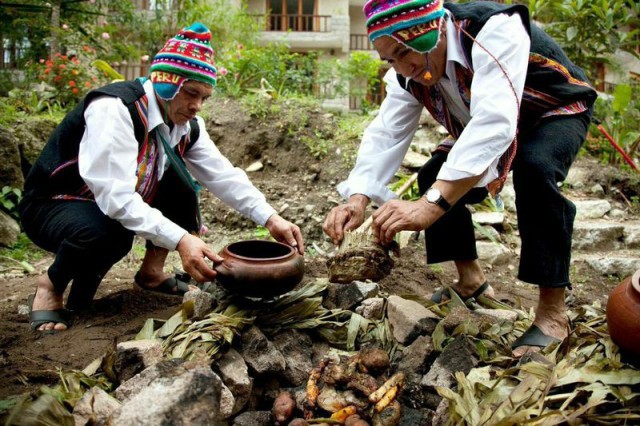 Everyone says New York has it all, and although I haven’t found a place cooking in the ground like the Incas (nor ground clean enough to do so), there are a number of venturesome restaurants serving culturally out-there experiences. If you’re craving an adventure but can’t jump on a plane, these four places in NYC could help. 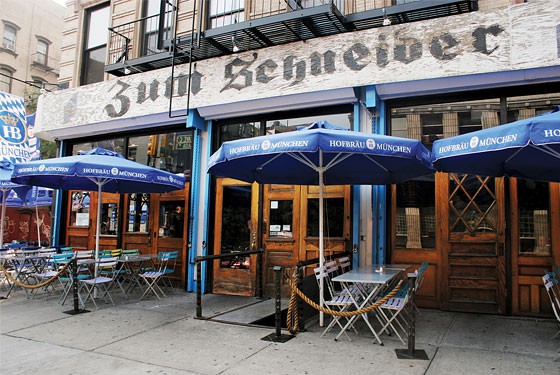 For a stein of  Schneider Weisse and a Bavarian Bratwurstsemmel, Zum Schneider in the East Village (there’s also one in Montauk) is a snug and authentic biergarten where guests can not only enjoy a home cooked German feast with imported hard-to-find beer, but jig to high-energy oom-pah Oktoberfest classics year-round. During the holidays cozy up for sing-along nights with festive carolers, and in the summer cool off with a cold bier under bright blue Hofbräuhaus umbrellas. Prost! 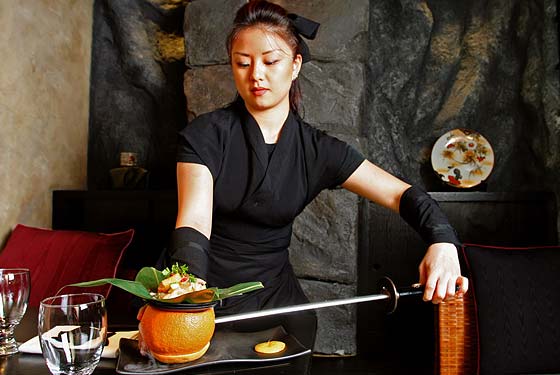 As you enter in the dark corridors of Ninja New York, you’re transported back to the feudal days in Japan to experience the mysterious world of the ninjas. Dining rooms are laid out with the intricacy of a maze, and complete with clever contraptions to deceive intruders. Your karate chopping server will have tricks up his sleeve, so don’t come here if you fright easily! 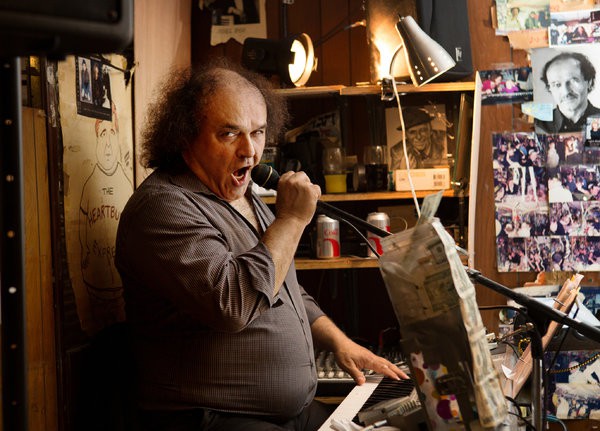 At Famous Sammy’s Roumanian Steakhouse, take a musical journey back to old school Jewish cooking, where every night feels like a traditional Bah-mitzvah. You may come here for the garlicky signature skirt steak tenderloin or the chopped chicken liver, but probably not. You’re more likely to stand in line for the bottles of Ketel One served in chunks of ice and the eclectic lounge music that’s an easy mix of Louis Armstrong and an old Jewish grandfather.

For the medieval obsessed, Troy’s in Staten Island gets a little silly with ancient cooking techniques replicating a number of eras. From French medieval banquets to ancient Byzantine dishes, and dozens of recipes from the Renaissance times, this is the perfect place to dine before a Game of Thrones episode. 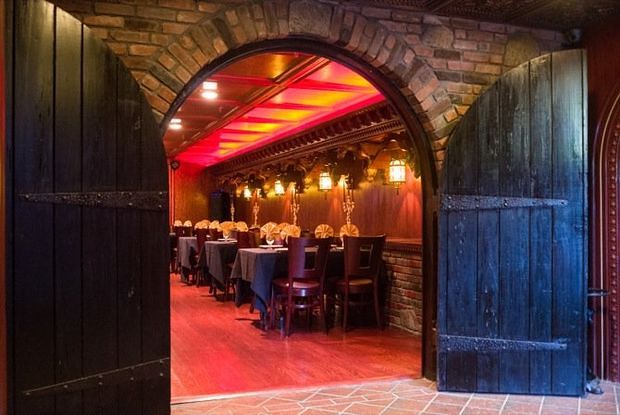 Tired of the same old same old for dinner? Why not mix it up and dine with a few crafty ninjas, or in a Medieval Renaissance hall like a king? Sometimes eating can be a little less about the food, and a little more about the experience. Don’t be afraid to spice up those culinary habits with a little adventure!

Check out our Where to Eat section for more places you should definitely try sorted by neighborhood!

Have you been to any of these restaurants, or have an exciting experience we missed? Tell us about it in the comments below!

Lauren is a New York-based writer from Nashville. She’s lived in Paris and Italy, loves eating her way around new destinations, and considers herself a French fry connoisseur. She can often be found in Central Park training for her next marathon, hunting for the best homemade pasta in Manhattan, or petting dogs on the sidewalk. She loves dancing, camping, snowboarding and photography and considers coffee a major food group. Lauren resides in the East Village of Manhattan where she is working on a book about her big dog, Gizelle.