Sriracha: A Brief History of the World’s Most Popular Hot Sauce

You are here: Food 101 » Sriracha: A Brief History of the World’s Most Popular Hot Sauce

Unless you’ve been living in under a rock, in a world devoid of flavor, you’ve probably heard about the extremely popular Sriracha. And if not, don’t worry, I was right there under that rock with you until very recently. In the past few years, it seems to be popping up everywhere –you can find it in most grocery stores, tabletops of Thai restaurants, and probably your friends’ fridge.

Sriracha sales in the US last year exceeded $60 million, with over 20 million sales. The hot sauce industry as a whole has been rapidly expanding; it is now one of the 10 fastest growing in the country, and has over $1 billion in global sales. So with all the hullabaloo about hot sauce, we’re here to give you some info on the new favorite, Sriracha.

[Tweet “Sriracha sales in the US last year exceeded $60 million, with over 20 million sales. Learn more about them here – “] 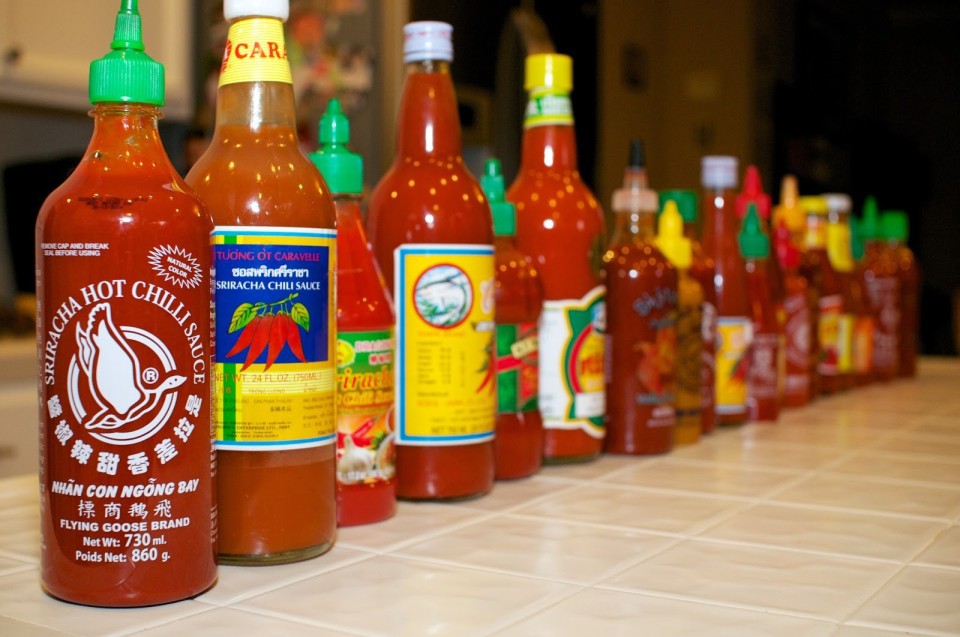 Sriracha (pronounced see-raj-cha) is a hot sauce made from a paste of chili peppers, sugar, garlic, distilled vinegar, and salt. It was originally made in the coastal city of Si Racha in the Chonburi province of eastern Thailand, giving the spicy sauce its name. A medium heat hot sauce, Sriracha ranges from 1,000-2,500 on the Scoville scale, which measures the heat of chili peppers and other spicy foods. Though different brands can vary in taste and consistency, the flavor is usually described as tangy, sweet and garlic-y with a punch of heat. American brands tend to be thick, with lots of heat and garlic, whereas the Thai Srirachas tend more towards a sweet-and-sour vibe with a much thinner consistency.

Where Was Sriracha Created?

The title of “brilliant genius who invented Sriracha” goes to one Ms. Thanom Chakkapak who was living in the small district of Si Racha in Thailand in the 1930s. She began making it for her family and friends, though they soon encouraged her to sell it commercially. So, she did.

Called Sriraja Panich, it has since become the best-selling chili sauce in Thailand. Unfortunately, it can be difficult to find in the US, though Amazon does sell it online, and with free Prime one-day shipping). 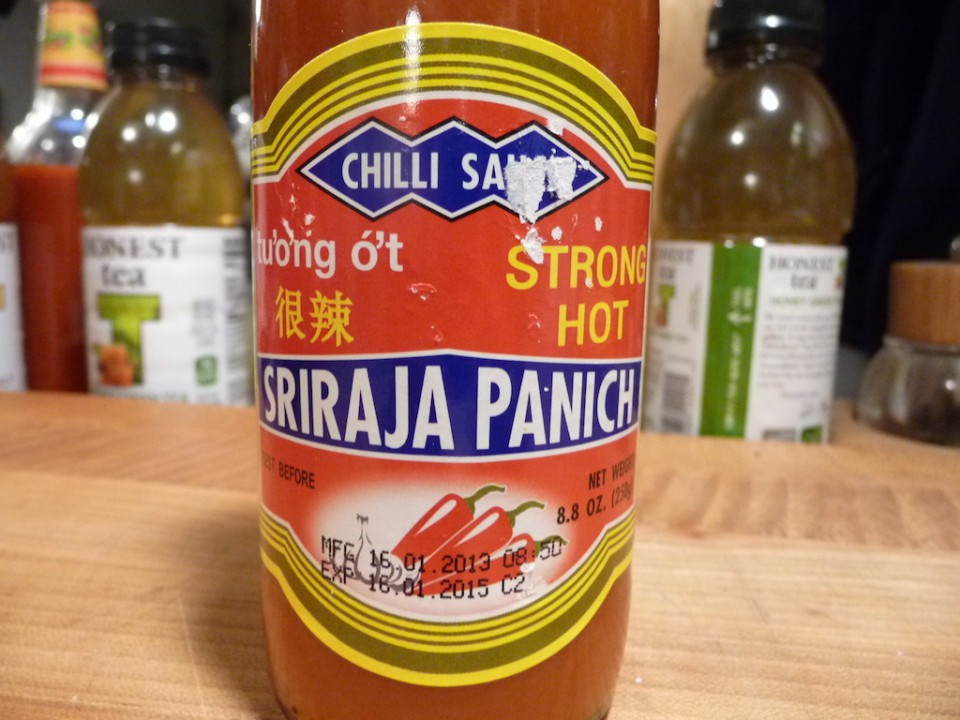 In a word –however you want! Sriracha was originally used as a dipping sauce in Thailand, especially for seafood dishes. But it is also popular as a condiment for pho, noodles, spring rolls and mixed in sauces. In the US, Sriracha hot sauce has taken over as a go-to flavor, used in just about anything, from burgers, to soups, to chips or drizzled on scrambled eggs. You can even find lollipops and cocktails made from the tangy sauce. It has become a popular ingredient in sushi (often used in spicy tuna rolls), and Chef David Chang makes sure there is a bottle of the condiment on every table in his Momofuku restaurants. In addition, many US chains like Applebee’s, P.F. Chang’s, even Taco Bell, Pizza Hut, and Subway have incorporated Sriracha into their dishes. But it’s not just for eating, either –the iconic red bottles have been featured on t-shirts, cellphone cases and many other non-edible products. 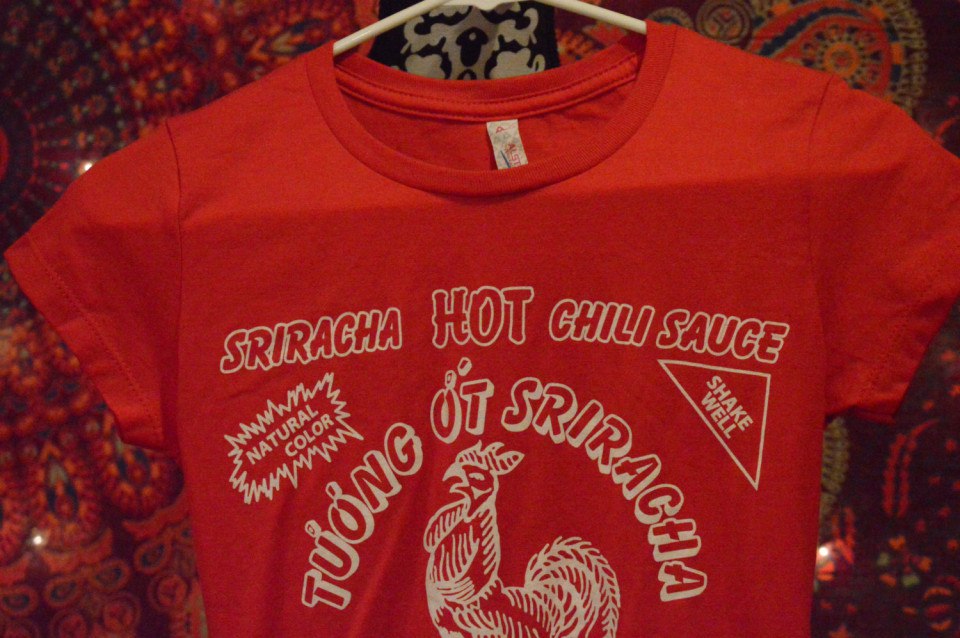 Where Can I Buy Sriracha?

You can find Sriracha in most grocery stores –you’ll most likely find a red sauce in a clear bottle with a rooster on the front and green squeeze cap on top. This is Huy Fong Foods Sriracha, the most notable supplier of Sriracha in the US. Started by David Tran in Los Angeles the 1980’s, his Sriracha (known colloquially as ‘rooster sauce’ due to its iconic packaging) has gone from a one-man operation to an enormous, fast-growing company. The sauce, which was basically unheard of here before he started Huy Fong Foods, has skyrocketed in popularity, become a household condiment and even been named “Ingredient of the Year” by Bon Apetit magazine in 2010. He did all this, amazingly, without ever employing a single salesman or spending a penny on advertising –that’s gotta tell you something about how great his hot sauce is.

Huy Fong Foods now makes 3,000 bottles of Sriracha every hour, 24 hours a day, 6 days a week. That’s a whole lot of hot sauce. Recently, other brands have been making a name for themselves on the market. In 2013, Sosu Sauces, a startup in San Francisco, raised over $100,000 with a Kickstarter campaign to launch a Sriracha sauce aged in whiskey barrels. 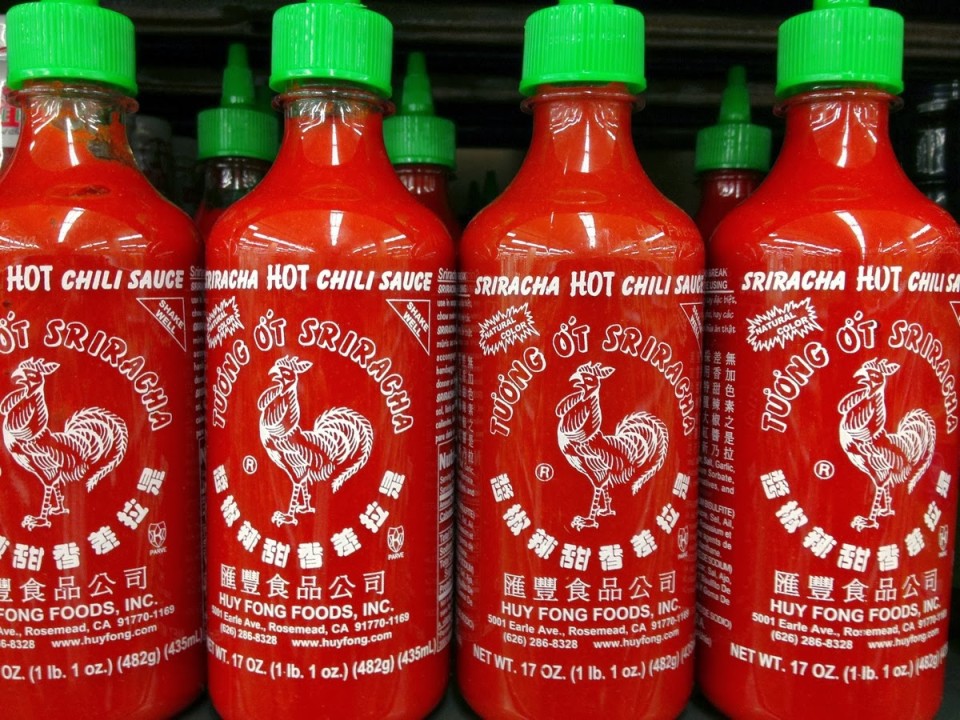 Sriracha has quickly become a cult fad and household staple and only seems to be growing from here. So if you’re new to the Sriracha game, why not run out and grab a bottle of Huy Fong spicy-goodness and see what all the fuss is about? And if you’re an old pro, tell us which brand is your favorite and why!