Muffaletta: The Big Sandwich of the Big Easy

You are here: Food 101 » Muffaletta: The Big Sandwich of the Big Easy

Look at any list of great American sandwiches and you’ll see two from New Orleans near the top of the heap: the Po’Boy, most often stuffed with shrimp or oysters, and the Muffaletta, stuffed with just about everything else. 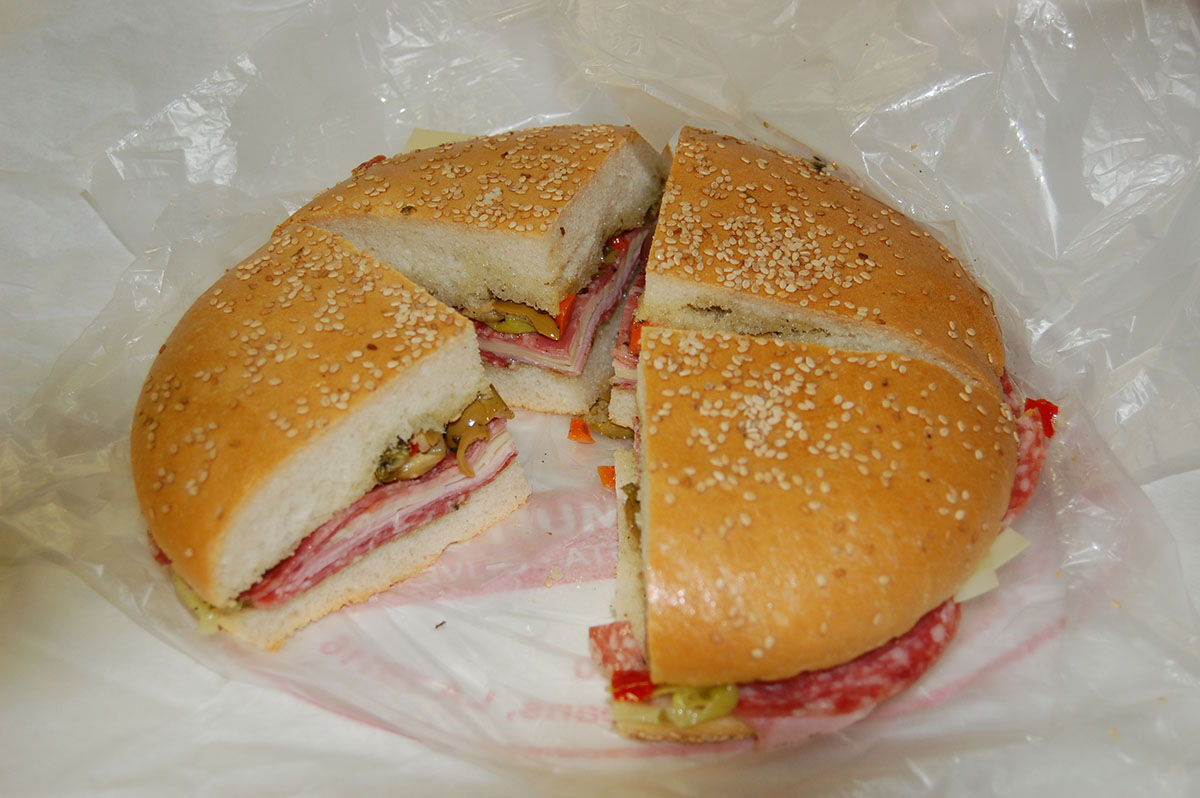 What is a Muffaletta?

A Muffaletta (pronounced moo-fuh-let-ta), is an Italian sandwich that is unknown in Italy. It begins with the bread from which it takes its name, muffuletto being a traditional Sicilian bread. Picture a round, white, disk-shaped loaf that would look perfectly at home as a throw pillow on your mother’s sofa and you’ve about got it. A muffuletto loaf is traditionally topped with sesame seeds, then cut in half horizontally to make the sandwich.

There are five ingredients in a classic Muffaletta sandwich: olive salad, ham or prosciutto, Genoa salami, mortadella, and provolone cheese. Though the cheese and meats are thinly sliced, they are arranged in thick layers to make a hearty meal.

The stuffed loaf is quartered or cut into sixths, and one or two wedges are more than enough to get full on. A Muffaletta is traditionally served cold or at room temperature; some restaurants heat it to allow the cheese to melt, but Muffaletta purists consider this practice blasphemy. 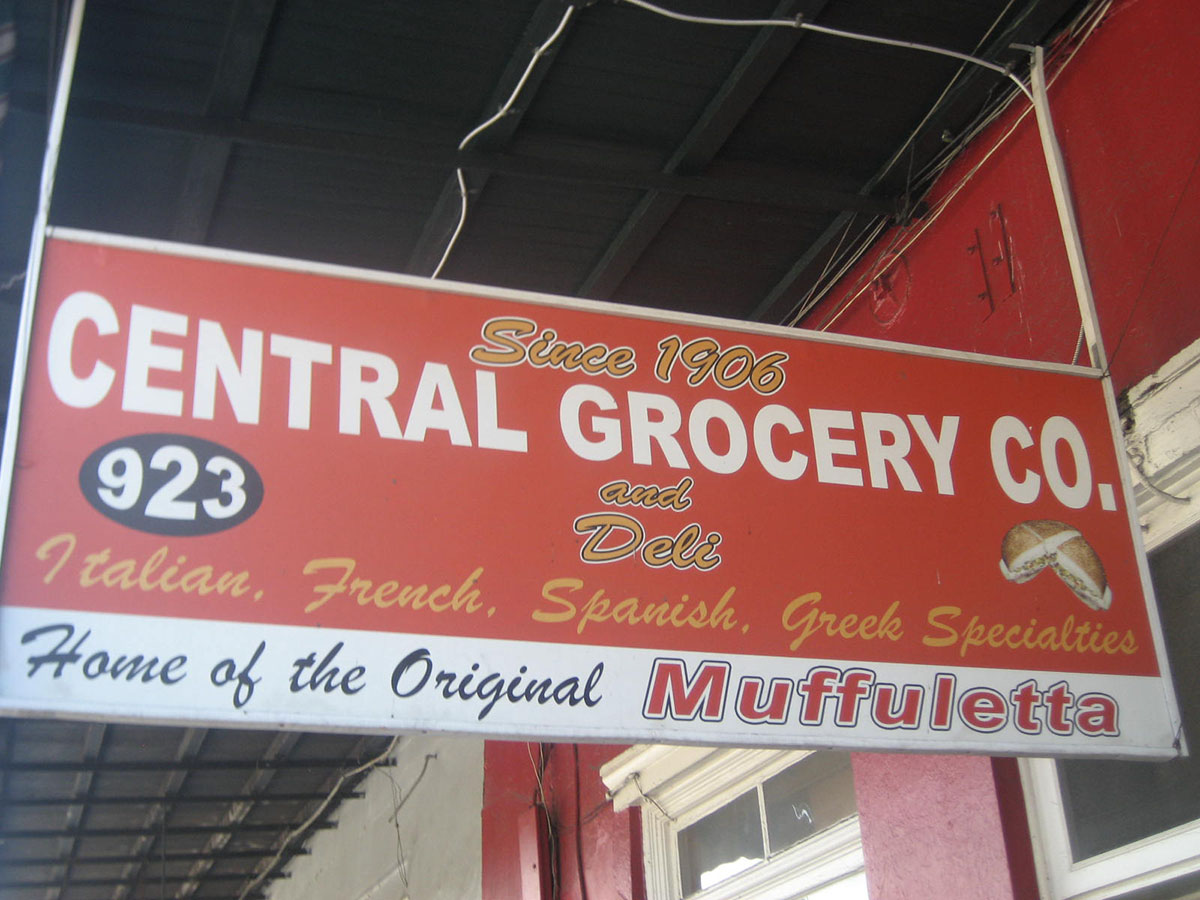 Photo Credit: A Cook Walks Into a Bar

Born in the USA: A Muffaletta History

The French Quarter of New Orleans is one of America’s most popular destinations, one we think of as quintessentially French. In truth, the Quarter’s distinctive architecture resembles nothing in Paris and is actually a local creation, a combination of American townhouse and Creole cottage. And it isn’t just the architecture that lacks French ancestry. In the late 1800s and early 1900s, the lower end of the Quarter was home to a thriving community of immigrants from Sicily, so numerous that the community within a community was known as Little Palermo.

The Sicilian grocers and bakers did a brisk business selling luncheon foods to the men who worked on the wharves along the river and the farmers who sold their produce in the nearby open-air market. When Salvatore Lupo, owner of the Central Grocery, noticed that his customers standing up to wolf down the sliced meat, cheese and bread they bought, or balancing the food precariously on their laps, he sliced open the bread and put a selection of cold cuts and some olives between the layers to make for easier eating.

Because the sandwich had no name, Lupo’s customers asked for it by the type of bread it was on, and the Muffaletta was officially born. The Central Grocery, at 923 Decatur Street, is still in business today, and visitors from all over the world line up to place their orders. 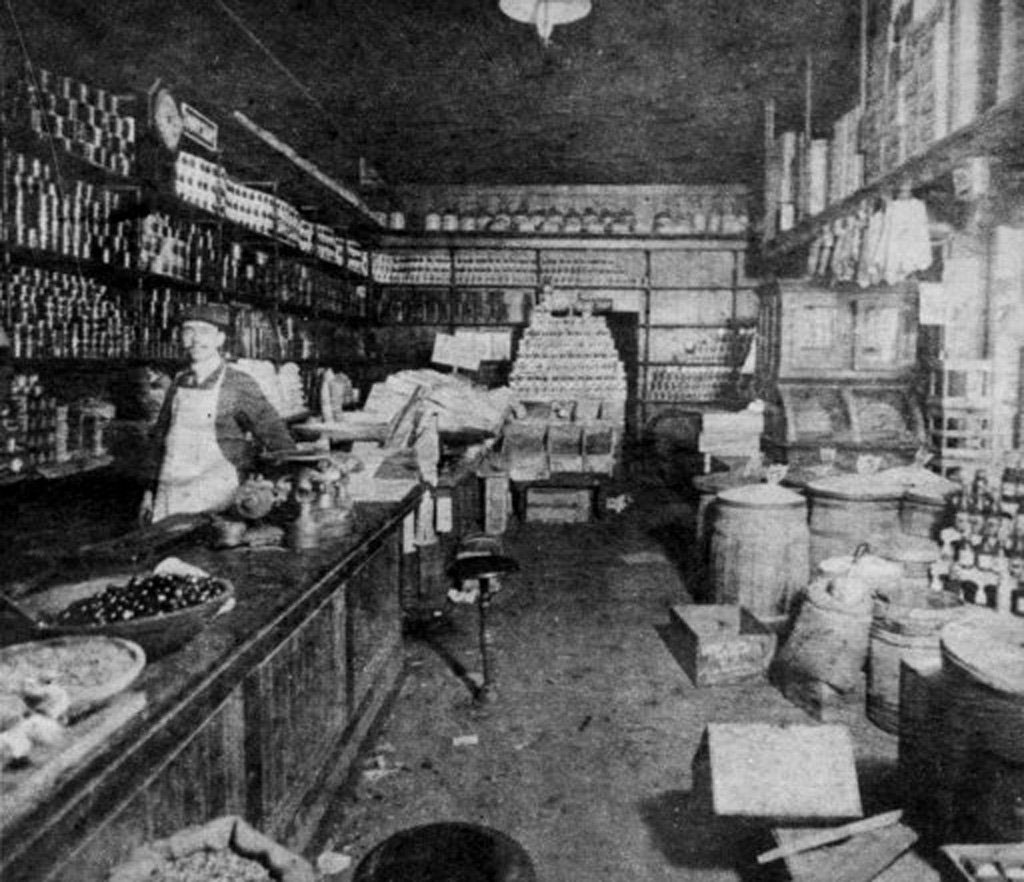 How to Make a Muffaletta Sandwich

Muffaletta is a perfect meal to take on a picnic or to serve when friends come over, but you can also make a single serving sandwich using a round, deli-style hard roll.

For each serving you will need 1 to 1 1/2 ounces of each of the meats, 1 to 2 ounces of cheese – all thinly sliced — and 1/3 to 1/2 cup of olive salad. If you can’t find fresh or jarred olive salad, you can easily make your own by combining equal parts of finely chopped giardiniera with an equal measure of sliced mixed olives. 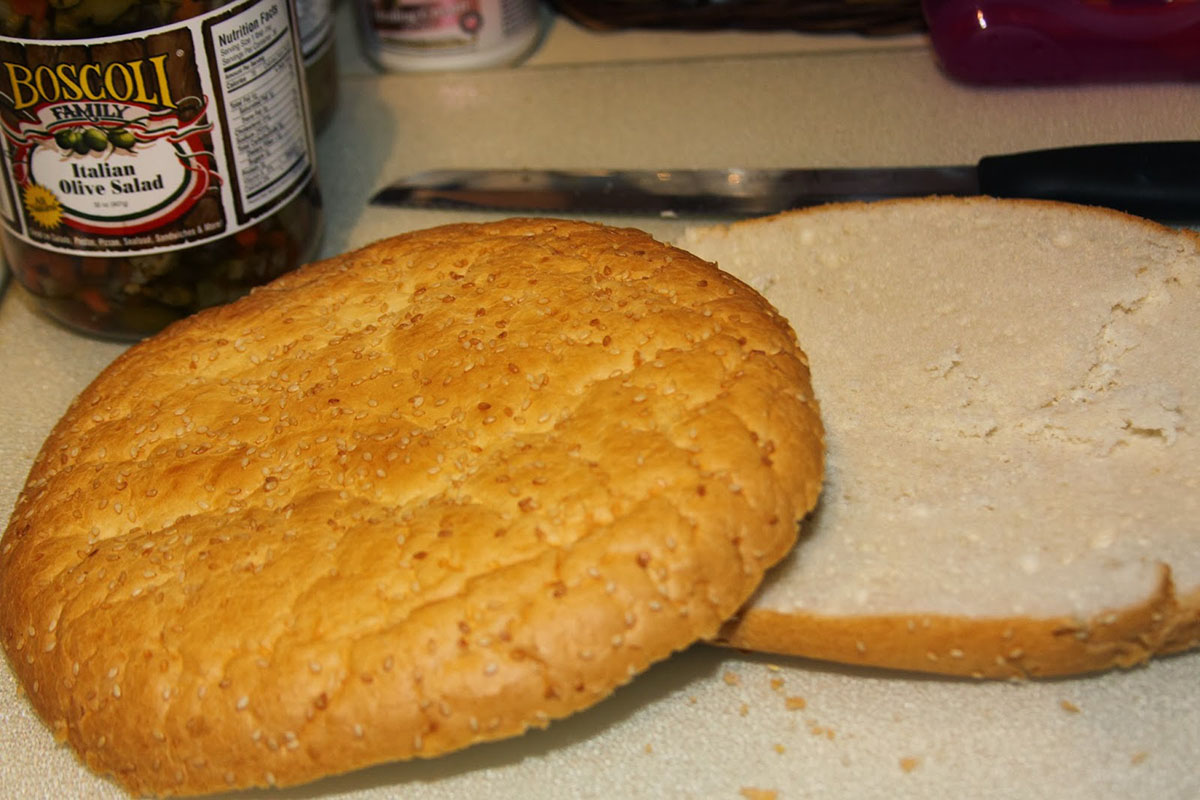 Photo Credit: For the Love of Food

Arrange one layer of each of the meats and one or two layers of the cheese. When it’s time to add the top, use a spatula to press the salad firmly into the bread first, then use a quick flipping motion to place it over the loaf.

This sandwich is best if you make it ahead of time, wrap it tightly in plastic wrap, place it on a baking tray and weight it down with a cast iron skillet. Refrigerate for a couple of hours, than cut into quarters or sixths and serve.

The Muffaletta is the birthday cake or pizza of sandwiches – best eaten with friends while having a good time. It’s not quite as much fun as a trip to New Orleans, but it’s pretty close.

One response to “Muffaletta: The Big Sandwich of the Big Easy”