We’re all aware of how amazing all the food is at Scarpetta. From the creamy polenta with truffled mushrooms, to the short rib & bone marrow agnolotti, to the amazing desserts (the peanut butter & chocolate ganache tart that would make Reese’s a little green with envy). But, usually, when Scarpetta is mentioned, it’s all about the… 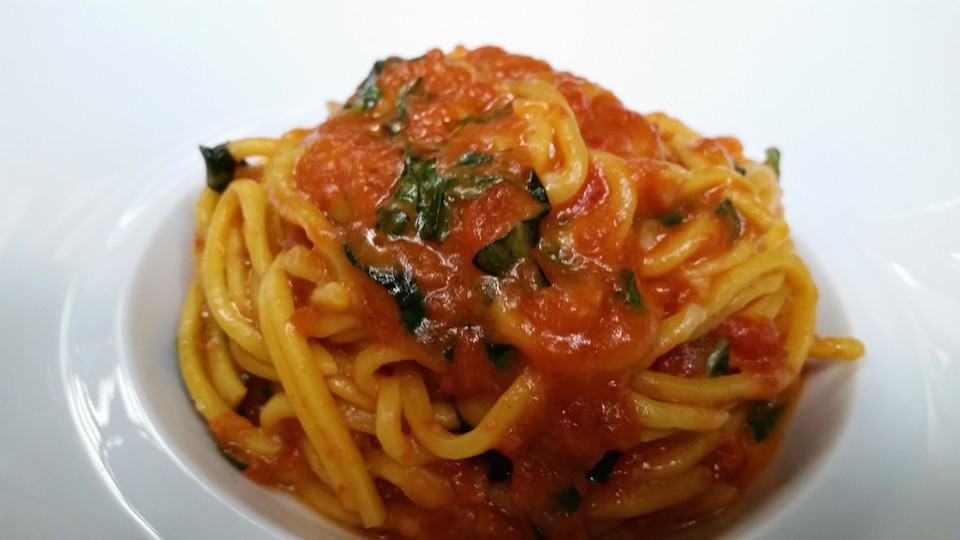 …spaghetti. At least that’s what most people think of when they think of Scarpetta NYC (it’s even the main image for the menu on Scarpetta’s site). And rightfully so, perhaps. It’s a wonderfully simple, elegant example of less is more and just darn addictive.

The spaghetti’s creator (and chef/owner of Scarpetta), Chef Scott Conant, is known for his unwavering, perfectionistic criticism of pasta on Food Network shows like Chopped and 24 Hour Restaurant Battle, so it’s no wonder that when ordering the well-known pasta dish from his restaurant it’s covered in a glass dome with an “opening at the top [that] allows steam to escape to prevent further cooking, while the dome itself maintains the temperature as it travels to your table.” A bit OCD? Maybe. But the results? Delicious, perfectly cooked pasta, every time.

Surely, though, there is more to Scarpetta than the tomato and basil spaghetti, right? Absolutely! There’s the bar. 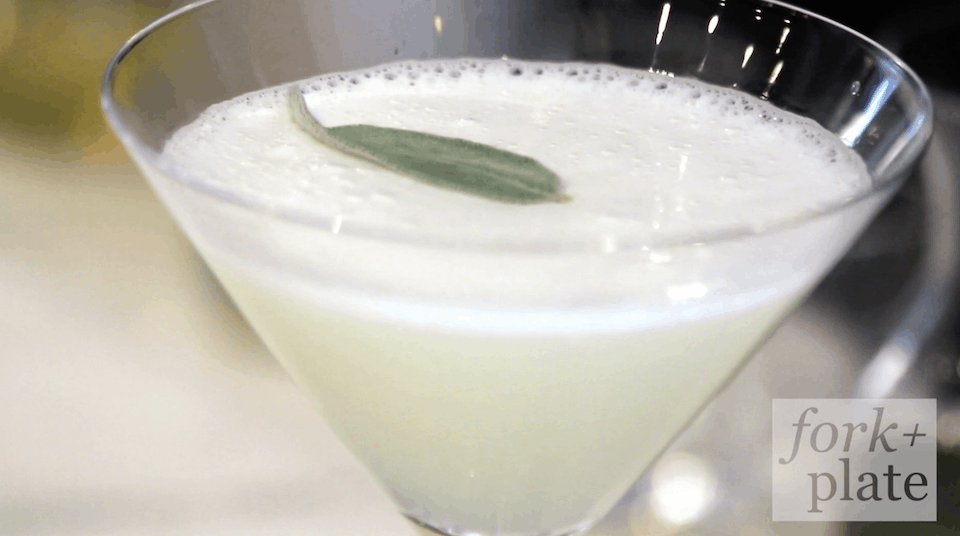 Besides the plethora of Italian wine that the in-house sommelier will be happy to help you decide upon, there’s also a creative cocktail list that’s worth taking a look at. From the Limonata Americana made with Alchemia wild cherry, Grand Marnier, Montenegro Amaro & Fever Tree sparkling lemon soda that’s just refreshing on a warm day in a way that a lemonade wishes it was. To the Il Bandito made with peperoncini-infused Montelobos Mezcal, Cointreau, lime, pink & black lava salt that is recommended by Beau Speer, head bartender at Scarpetta, as a way to spice up the spaghetti without asking for some hot sauce (which asking for would probably get you slapped by Scott Conant himself).

Besides his recommendations, Beau is pretty crafty when it comes to the seasonal menu that he’s in charge of. One drink in particular that stood out to us on a recent trip, is the Il Salvia (or to us non-Italians, The Sage) . This martini, made with gin (or vodka) infused with sage, lavender bitters, and even some egg whites for good measure, is delicious (and not as reminiscent of Thanksgiving as you might expect). It’s refreshing, creamy (thanks to those egg whites) and will still knock you on your ass if you were so inclined to order a few (which you very well might be after tasting it).

Beau was also kind enough to show us how to make the Il Salvia and how you can even make it at home (we all have lavender bitters in a cabinet somewhere, no?). Anyone a little weirded out by the egg white ingredient and unable to channel their inner Rocky can simply omit it and still get a wonderfully fragrant and refreshing cocktail (but we, and Beau, highly recommend it). Here’s how:

So next time you’re at Scarpetta, forget about the spaghetti for a moment. Head to the bar instead, grab a cocktail, and then, while your sitting there anyway, order the spaghetti.