As Russian as it Gets: The History of Beef Stroganoff

You are here: Food 101 » As Russian as it Gets: The History of Beef Stroganoff

The commonly accepted history of Beef Stroganoff is that a French chef who worked for a wealthy St. Petersburg family created the dish for a cooking contest in 1891. Following the Russian custom of the day, he named the prize-winning dish for his employer, Count Pavel Alexandrovich Stroganov. A convincing detail sometimes offered is that the thin slices of meat called for were to accommodate the elderly Count’s failing teeth.

It’s amazing what even a little research can do. Five minutes of fact checking led me to conclude that Pavel Alexandrovich would indeed have been old in 1891 – 117 years old, to be exact. And since he’d been killed in battle 74 earlier, the popularly accepted and much pasted and copied version of the story cannot be true. Yet this part is accurate: in 1891, a French chef named Charles Briere did indeed win a St. Petersburg cooking contest with a dish he called Beef Stroganov.

A Dish for the Wealthy

Under the Tsars, the Russian upper class was super-wealthy. They were particularly fond of Paris, and often kept apartments there. At home in Russia, they maintained a bi-cultural atmosphere. They sent their sons and daughters to French schools, staffed their homes with French maids and governesses and, of course, French chefs. They spoke Russian in public but preferred French at home and for social gatherings. Tolstoy, a Count himself, wrote War and Peace in alternating French and Russian, confident that his audience was fluent in both.

Among these families, the Stroganovs were among the oldest and the wealthiest, with a massive fortune and a string of palaces and dachas that stretched from St. Petersburg to the Urals. When Count Pavel Alexandrovich Stroganov died without a male heir, the long line of sons of sons of sons came to an end. His eldest daughter, however, married a distant relative who was allowed to inherit the family title and properties.

It’s possible that this new branch of Stroganovs was the family Briere cooked for. It’s also possible that the enterprising chef simply attached his recipe to a name synonymous with wealth and aristocracy, and created a story to go with it. However Briere’s dish came about, it perfectly expressed the French-Russian culture of the aristocracy. Browning the meat to make a pan sauce and flavoring it with mustard was classically French, while beef in sour cream had long been a Russian favorite.

Beef Stroganoff quickly became a sensation, first in Russia and then in China. It was especially popular in Shanghai, known in the 1920s as the Paris of the East. Its arrival in the United States was slowed by the fact that the first wave of Russian immigrants, who’d just escaped the Tsar’s abuses, either had no knowledge of the dish or were not in the mood to popularize it. It was a second wave of immigrants, members of the deposed upper class, who grew nostalgic and began opening elegant restaurants for fellow expats. New York’s Russian Tea Room, founded by former members of Imperial Ballet, opened its doors in 1927. 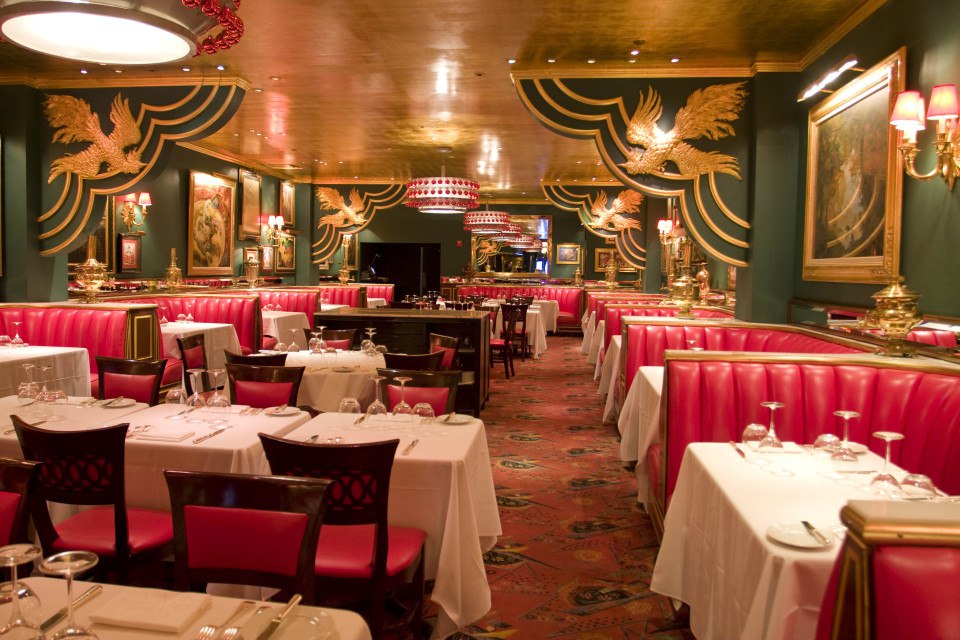 The first recipe for Beef Stroganoff appeared in an English language cookbook in 1932, but its popularity didn’t blossom until after World War II. Servicemen who’d served overseas were open to new tastes and flavors. Some went on to become the food editors, writers and chefs who redefined American cuisine. At the same time, families moved to the suburbs, and dinner parties became more fashionable than ever. Beef Stroganoff, luxurious yet easy to prepare, became a signature dish with countless hostesses, and a headline entrée in upscale restaurants.

Over the years, the recipe was adulterated with the inclusion of ingredients like tomato paste, Worcestershire, and condensed cream of mushroom soup. If you’ve never had it, try our recipe for real Beef Stroganoff -it will make you hear balalaikas. And if you’re ever out for a stroll in St. Petersburg, go to 17 Nevsky Prospect, near the Moika Canal, where the Stroganov Palace is now a museum whose restored rooms are open to the public.

One response to “As Russian as it Gets: The History of Beef Stroganoff”