Next time you spread mustard on your ham sandwich, consider this: you’re just repeating history, and very ancient history at that. Mustard seeds were chewed with meat to add flavor as early as the Stone Age, a practice embraced by the Egyptian royals. And four millennia ago, Sumerians laid the groundwork for mustard as we know it today by grinding the seeds and adding verjus, the juice of unripe grapes, to make a dressing.

The Sumerian condiment became popular throughout the Mediterranean. Greeks used mustard as a flavoring as well as an ointment for scorpion stings. Romans ground seeds and mixed it fresh at the table, and early Roman cookbooks are rife with recipes for mustard sauces and marinades. The first century Roman writer, Columella, particularly recommended it on ham, and the method he described for preparing the condiment was similar to methods used today.

The Flavoring of Europe

Because mustard was easy to cultivate, it became a seasoning for commoners as well as royalty, and traveled with Caesar’s legions to Gaul and Britain in the first century. Germanic tribes no doubt discovered it when they overran Gaul a few hundred years later.

Early Europe was a world starved for flavor. Spices from India and southeast Asia were unknown until the 12th century, when Arab traders established links to European importers. Spices instantly became the world’s most lucrative commodity, and Venice moved quickly to create a monopoly. The merchants of the city controlled the flow of spices into Europe, and ensured high profits by keeping supply well below demand.

In a world where pepper was out of reach to all but the very wealthy, and spices like cinnamon and ginger could only be imagined, the ability to make an inexpensive, flavorful condiment from a locally grown plant caused a culinary revolution. From the time it was introduced until the beginning of the 16th century, when Spain and Portugal broke Venice’s stranglehold on imports, mustard was the dominant flavor of Europe.

The French pioneered mustard production in Europe, with Dijon at the heart of the fledgling industry. Monasteries mastered the art of production and were generating income from mustard sales as early as the ninth century. So popular was the condiment that medieval courts often employed someone specifically to oversee the preparation of mustard and mustard sauces, while Pope John XXII made his Dijon-dwelling nephew Grand Mustard-Maker to the Pope. When the Duke of Burgundy threw a dinner party in 1336, 70 gallons of mustard cream sauce wer consumed. 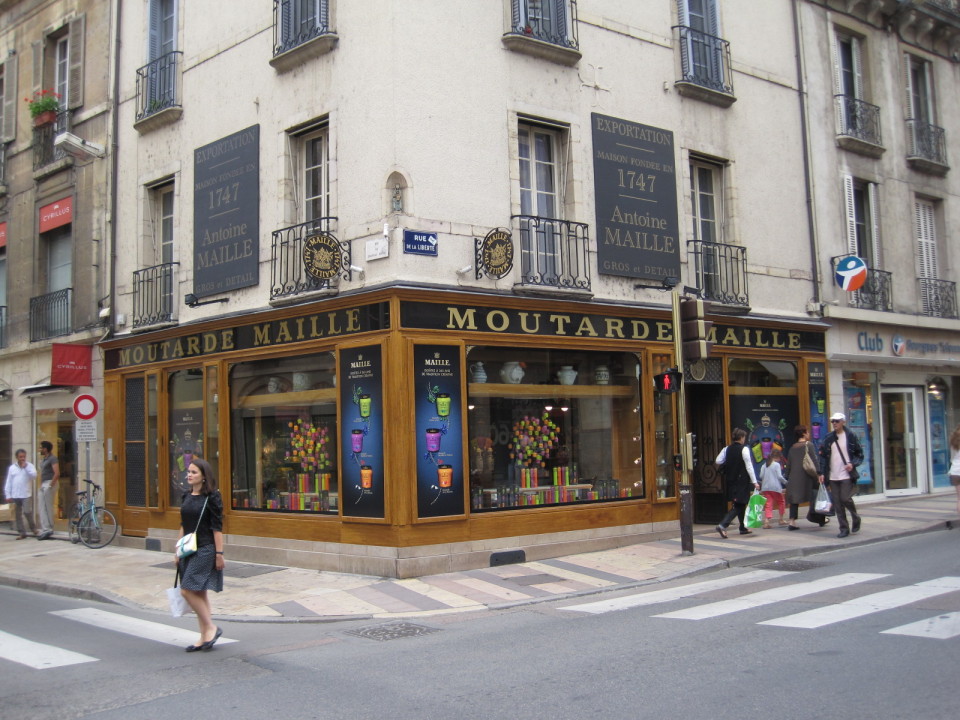 French mustard was traditionally made by grinding seeds moistened with wine or water, which imparted a spicy but mild flavor. In England, mustard took a different turn. The seeds were ground dry, making for a hotter finished product. In Tewkesbury, horseradish was added for even more heat, and Tewkesbury-style mustard remains popular to this day.

As mustard makers experimented with different methods and different blends of seeds and established trademark flavors, they looked for ways to expand their business. Mustard does not spoil without refrigeration or canning, but it does lose its flavor. To make an item that could be sold in distant cities, makers combined their secret recipe mix of ground seeds with flour, moistened it enough to be rolled into balls, then let the balls dry out completely. Lightweight and easy to transport, the balls were sold to homemakers who then mixed the dry compound with vinegar, wine, beer or water to make the condiment. 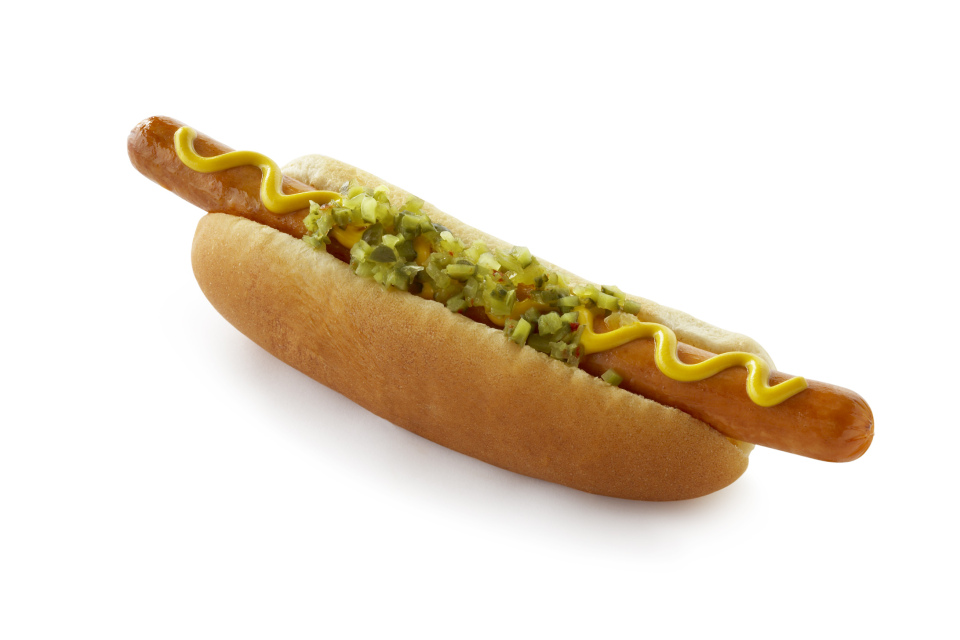 By the time spices became affordable, mustard had secured its place as one of the world’s favorite and most versatile condiments. The House of Maille was founded in Paris in 1747, Grey Poupon was founded in 1777, and Jeremiah Coleman, a miller who perfected a way to grind seeds with less loss of flavor, introduced Coleman’s powdered mustard to England in 1936.

Like many foods, mustard came to America with immigrants. The creamy, bright yellow version we think of as all-American was introduced by the R.T. French Company at the St. Louis World’s Fair in 1904, where it was served in a new way – on a hot dog. The combination became an instant classic, and today America consumes more mustard than any other country in the world.

Try making your own mustard with our 5 Minute Mustard Recipe, and experiment with add-ins like honey, Sriracha, tarragon and other flavorings. For inspiration, trek to the Maille mustard boutique on Columbus Avenue at 68th Street, or visit the National Mustard Museum in Middleton, Wisconsin, and prepare to be dazzled by the Great Wall of Mustard, a collection of over 5,600 mustards from around the world, many for sale in the museum store. Needless to say, things go a little crazy there on National Mustard Day in early August — it’s Lake Wobegon meets Mardi Gras, with free hot dogs instead of beads and lots of yellow everywhere you look.