What are Mother Sauces?

Before explaining the five mother sauces, let’s back up and look at what a sauce itself is. In the most basic sense, a sauce is a liquid that has been thickened and had flavorings added to it. Varying these three elements – liquid, thickening, and flavorings – makes an almost infinite number of sauces possible.

A Bit of History

There is virtually no culture that has not created sauces, but something happened to France in particular that elevated sauces to a level never before seen. In the middle of the 17th century, a professional chef named La Varenne published a cookbook that went “viral”. Le Cuisinier François (The French Cook), stressed the careful preparation of fresh foods over the preserved and heavily spiced foods of the Middle Ages, and presented sauces not just as gimmicks to disguise the taste of spoilage but as creations to complement food’s flavor.

The book sparked a food explosion comparable to the one that transformed American cuisine 300 years later. By the time La Varenne died in 1678, his book had been reprinted dozens of times, translated and published throughout Europe, and served as inspiration for countless new dishes, including sauces. 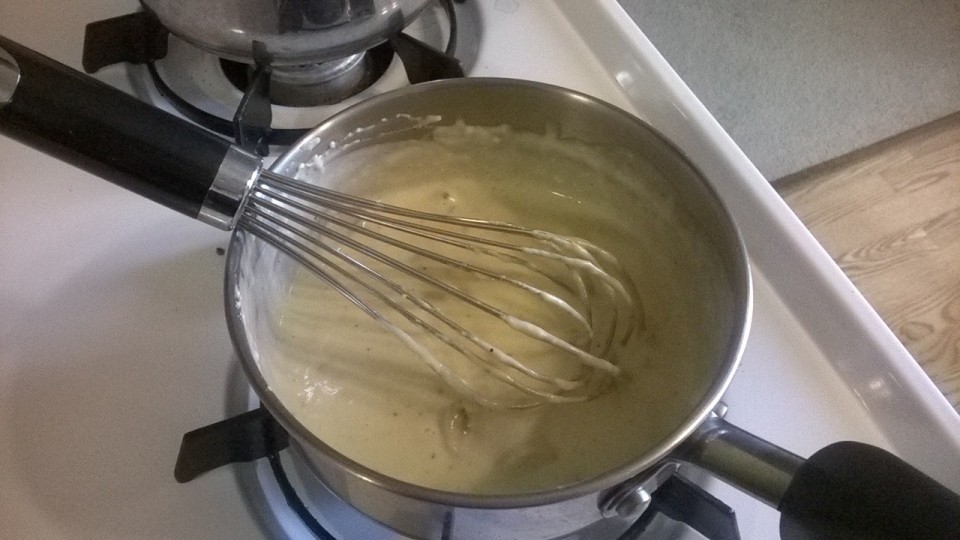 More than a century after La Varenne, Marie-Antoine Carême rose to fame as a chef for France’s power elite, a select clientelle that included both Napoleon and Talleyrand. Endlessly inventive, able to craft meringue into centerpieces modeled on Greek temples or Egyptian pyramids, Carême understood that haute cuisine could also be uncomplicated. He created or simplified dozens of sauces, and devised a way to understand and organize the voluminous number of sauces that had proliferated in the wake of La Varenne.

Carême identified four distinctly French mother sauces – basic sauces under which hundreds of other sauces could be classified. Any cook who mastered the principles of these four sauces opened the door to a world of flavors and variations. The four mother sauces established by Carême are Béchamel, Velouté, Tomato, and Espagnole (better known today as Brown Sauce). A century after Carême, French chef and culinary writer Georges Auguste Esoffier added a fifth sauce, Hollandaise, to give us the five mother sauces that remain classics today.

While each of the five mother sauces is related to hundreds of other sauces, each is distinct from the other in the base liquid used and in the way it is thickened. Because of this, flavorings may appear in more than one mother sauce, but the result is always different.

Béchamel is a mild, creamy sauce that is more often used as a base for other sauces than on it’s own. Though some sources claim it was invented in the 17th century, sauces of that era with similar names bear little resemblance to it, and Béchamel was as we know it was more likely an 18th century invention.

Velouté translates to “velvety” in English, and so this sauce is. It differs from Béchamel in that it uses white stock rather than milk and, as with all stock-based sauces, the roux is cooked a bit longer than it is for Béchamel.

Liquid: Veal stock is traditional, but chicken or fish stock are called for in some recipes.
Thickened with: Blond roux, made by combining equal amounts of flour and butter and cooking over medium heat until it just begins to turn color. In some recipes, the roux is replaced with a liason (mixture of one egg yolk per one-quarter cup of cream), which makes a looser sauce than roux does.
Traditionally flavored with: Nothing – this is a blank base, and all flavorings depend on the sauce you are making from it.
Sauces derived from Velouté: Albufera Sauce, Allemande Sauce, Aurora Sauce, Bercy Sauce (for chicken and fish), Hungarian Sauce, Normandy Sauce, Poulette Sauce, Ravigote Sauce, Supreme Sauce, Venetian Sauce, White Wine Sauce. 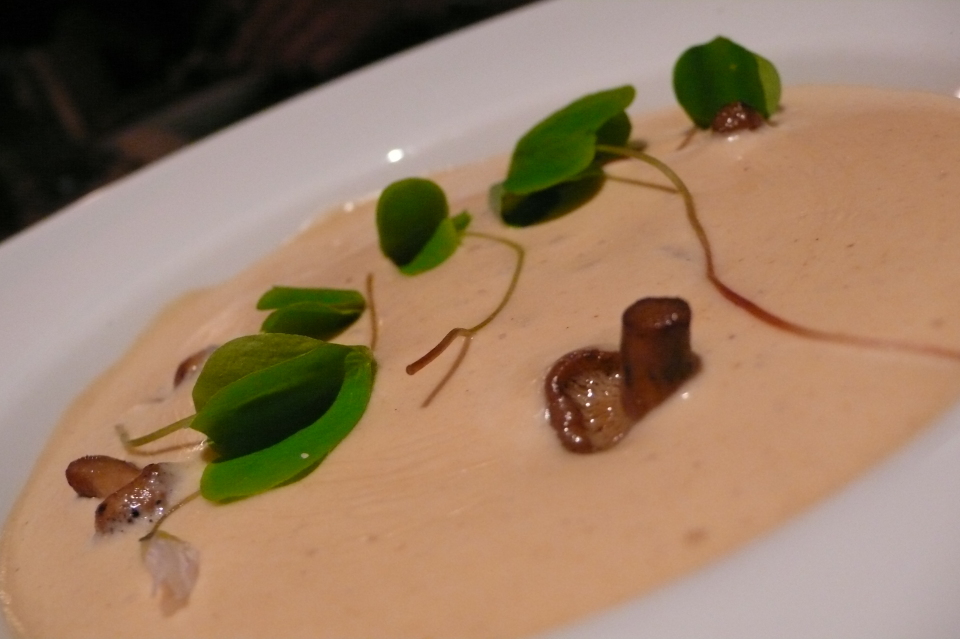 It’s difficult to imagine Italy or Spain without their luxurious tomato sauces, but the tomato was unknown in Europe until Coronado sent some back from the New World in the early 1520s. At first thought to be poisonous, it took another 270 years for tomatoes to appear in a sauce for pasta.

Liquid: Tomatoes in almost any form – raw, stewed, or canned as whole, pureed or crushed tomatoes.
Thickened with: Early tomato sauces were thickened with a roux, but that has been largely replaced by reduction, simmering over low heat until the desired thickness is reached.
Traditionally flavored with: Mirepoix (dice of celery, carrots and onions), lardons of salt pork, garlic, sugar.
Sauces derived from Tomato Sauce: Creole Sauce, Spanish Tomato Sauce, Marinara, Ragu, Masala, Barbecue Sauce, Salsa.

Liquid: Stock from roasted veal, though modern recipes often use roasted chicken instead.
Thickened with: Brown roux, made by combining equal amounts of flour and butter and cooking over low heat until it is brown but not scorched.
Traditionally flavored with: Mirepoix (dice of celery, carrots and onions), tomato puree, sachet of bay leaf, thyme and parsely.
Sauces derived from Brown Sauce: Bercy Sauce (for beef, pork, and game) Bordelaise, Chasseur Sauce, Demi-Glace, Lyonnaise Sauce, Madeira Sauce, Sauce Robert. 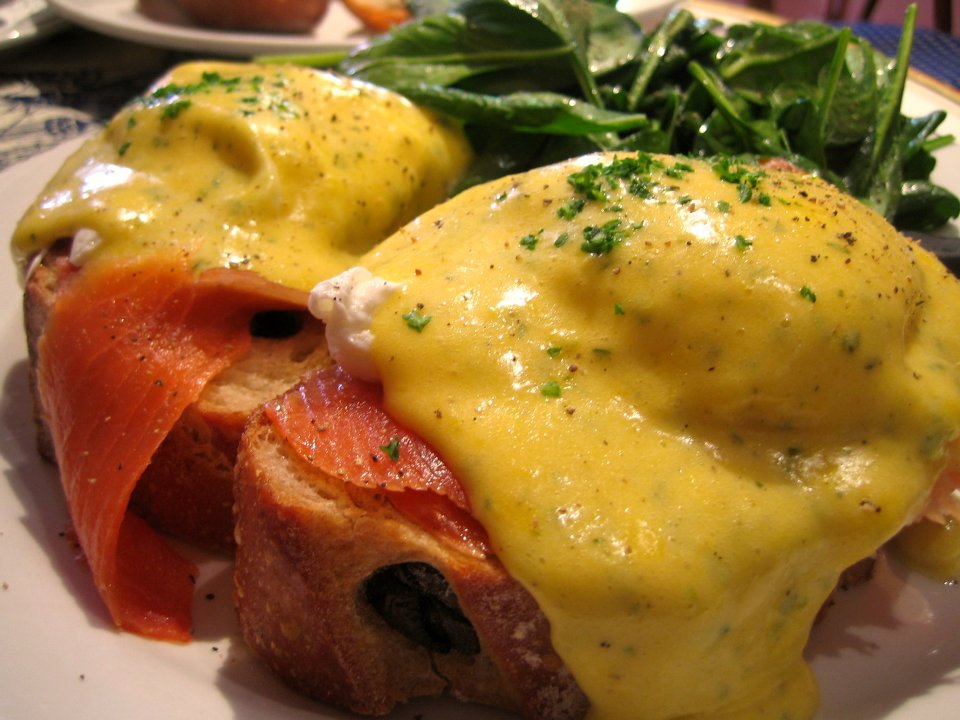 Like Allemande Sauce and Espagnole Sauce, Hollandaise is another thoroughly French sauce named after another country. According to food historians, it was named in honor of the excellent butter and eggs produced in the Netherlands.

You may think mastering the five mother sauces is an esoteric pursuit and not worth your trouble. That’s true only if you have no desire to make – oh, say, really good macaroni and cheese, killer chicken gravy, or Eggs Benedict that melt in your mouth.