What is Béarnaise Sauce?

You may have seen Béarnaise on a menu and wanted to ask, just what is Béarnaise sauce? Well, no mysteries here. Sauce Béarnaise, to use the French phrasing, is one of the most enduring of the classic French sauces, a bit difficult to make but a do-able challenge with rewardingly delicious results.

What is Béarnaise Sauce?

Béarnaise is a rich sauce, made from egg yolks, vinegar, and clarified butter. When made correctly Béarnaise is flawlessly creamy and quite thick, much like room temperature butter on a very warm day. What sets it apart from similar sauces are the flavorings – shallots, and tarragon – that are infused into the sauce. The mildness of these flavorings make it right for chicken and seafood as well as beef. It is especially popular for grilled or broiled meats.

Béarnaise is one of the newer French sauces, a mere infant at less than 200 years old. Credit for its invention is generally given to Chef Jules Collinet, who created it in 1836 for the opening of a new restaurant, Le Pavillion Henri IV just outside Paris.

The Henri IV was no ordinary restaurant. It was located on the Saint-Germain Terrace, a high bluff commanding a spectacular view of the Seine and central Paris. Better yet, the restaurant was located within what had been the Château Neuf, the home of French royalty from the early 1600s until 1682, when the court moved to Versailles. 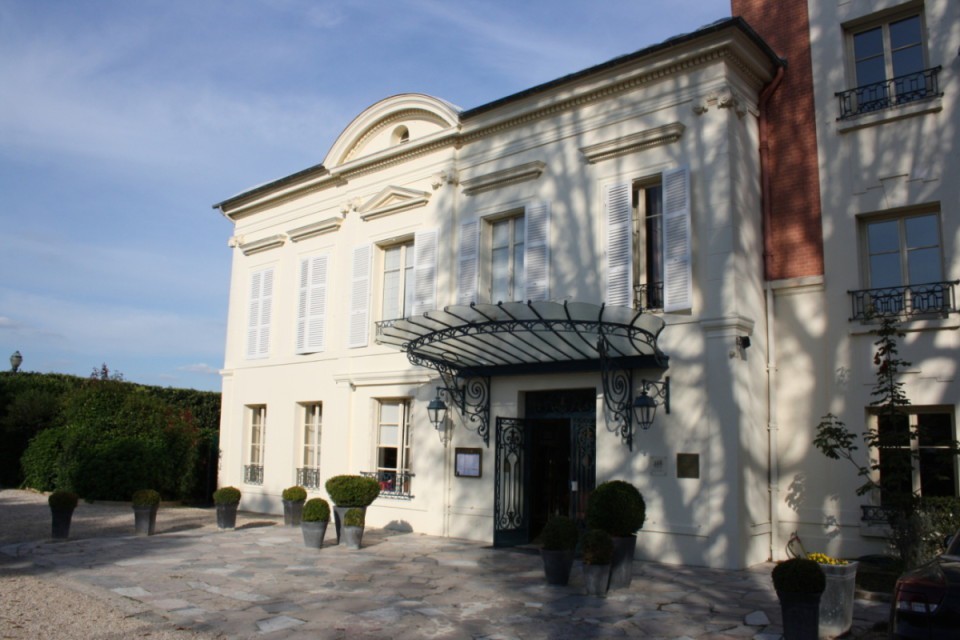 By 1836, Château Neuf was no longer a royal residence, but the restaurant made the most of its regal heritage by naming itself after the first king who’d lived there. Not only had Henri IV been an exceptionally popular monarch, he was also remembered as an enthusiastic gourmet. Chef Collinet is said to have titled his creation Sauce Béarnaise in honor of Béarn, the region of France in which Henri IV had been born.

The Pavillon Henri IV is still in operation in the remnants of the Château Neuf, now as part of a boutique hotel and meeting center. Still excellent and elegant, one of its salon rooms is the chamber in which Louis XIV, the Sun King, was born. The history alone makes it worth a visit, and why not eat Béarnaise in the restaurant that gave birth to it?

Exactly when and how Béarnaise sauce came to America is not certain. Its first appearance in a cookbook seems to have been after World War II, in translations of French cookbooks like Tante Marie’s French Kitchen (1949) and Larousse Gastronomique (1961). Its debut in a cookbook written by an American was in Julia Child’s Mastering the Art of French Cooking (1961).

Despite the late appearance of the recipe, I’m not convinced that Béarnaise sauce was new to post-war America. French restaurants were popular here from the late 19th century on, particularly in cities like New York, San Francisco and, of course, New Orleans, and a steady stream of French chefs crossed the Atlantic to work in them. It’s safe to assume they brought their beloved sauces with them. To this day, Béarnaise is offered as an accompaniment for beef and seafood in most steakhouses, a tradition which probably dates back to their heyday in the Gilded Age. 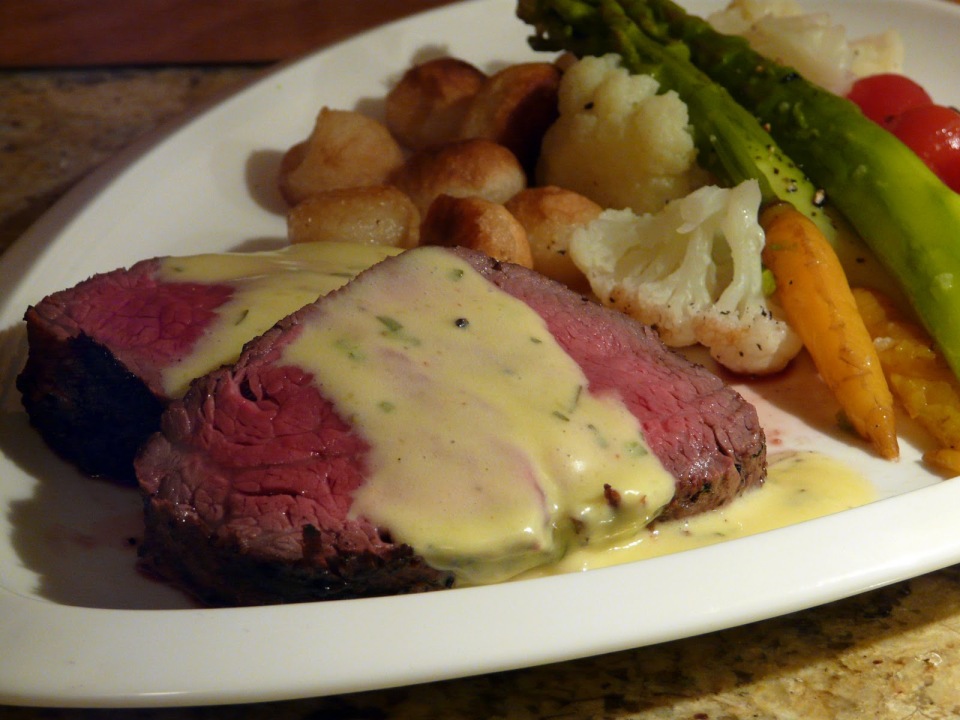 How to Make Béarnaise Sauce?

Béarnaise is an emulsion sauce. That is, it is made by combining two ingredients that resist being combined, such as oil and water. To make this happen, various techniques – such as whisking – are used to break up and disperse the particles of one throughout the other. Often, an acid such as vinegar or lemon juice is added to help the process along.

Emulsifying is not as impossible as it seems – mayonnaise, in which oil is slowly whisked into egg yolks, is a familiar example of an emulsion sauce. Béarnaise is a bit trickier in that the whisking is done over low heat, usually in a double boiler, and if the sauce gets too hot while whisking, you’ll end up with scrambled eggs. Keep the heat low, make sure the simmering water in the bottom of the double boiler doesn’t touch the top part, and you’ll be fine.

Personally, I shun the blender when it comes to making Béarnaise. The blades cut rather than whisk, but more than that, the blender is impersonal. It takes me away from the sauce. Making Béarnaise sauce, like eating it, is a satisfying sensory experience, and one not to be missed.