You are here: Food 101 » Velouté Sauce: The Versatile Stranger

Don’t know a Sauce Velouté from a Sauce Mornay? Me neither. So the other day when I was making a soup recipe that called for “a quart of chicken Velouté,” I went scrambling for the reference books. I like to know what I’m eating. Or at least cooking.

What is Velouté Sauce?

The first thing I learned is that Velouté is seldom seen outside the kitchen. It’s a sauce you make to use as an ingredient in something else, usually another kind of sauce or in a soup, as I was making. And, just as there’s no one gravy recipe, there is no one Velouté recipe. Velouté is more like a blueprint, with finishing details supplied by the cook and varied according to the intended use.

The main ingredient in all classic Velouté sauces is light stock – stock made from unroasted bones, usually chicken, veal, or fish. Because Velouté is meant to be pale, thickening comes by way of a blond roux – flour and butter cooked together until melded but not at all browned. With these basics, hundreds of Velouté sauces can be made by varying the stock, the proportion of stock to roux, and even the proportion of butter to flour in the roux. Velouté sauces can also be made from vegetable sauce, can be fairly thin or quite thick, and variations often include cream or eggs. 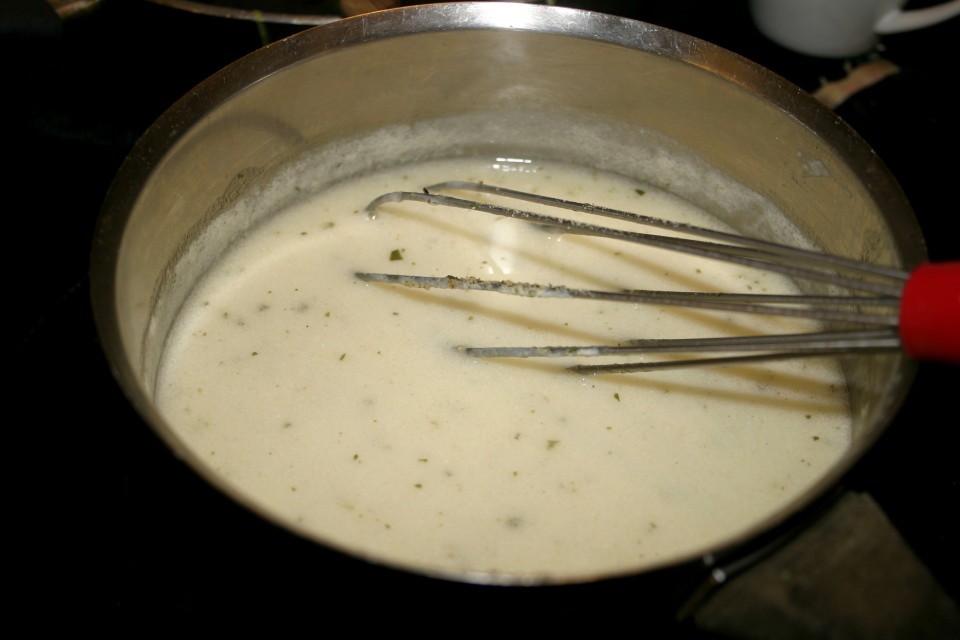 Velouté was one of the four original Mother Sauces as defined by chef Marie-Antoine Carême in the early 19th century. The sauce itself seems to pre-date Carême, and a version of it was included in François Pierre de la Varenne’s massively influential book, The French Cook in 1651.

La Varenne introduced many firsts to French cuisine, including using a roux, rather than bread crumbs, to thicken sauces. In addition to collecting and publishing numerous sauce recipes, he is credited with inventing dozens of sauces on his own. Whether or not La Varenne invented Velouté, re-imagined it with roux as the thickener, or classified several sauces under the name I have not yet discovered.

“Velouté” comes from “velour,” the French word for velvet, and certainly sounds like a name meant to cover a wealth of possibilities. The sauce is also known as sauce blanche grasse – “fat white sauce” – which raises the possibility that it was known this way informally until it gained the more elegant name of Velouté. One thing that argues for this theory is that I found sauce blanche grasse listed in a dictionary of Cajun words, indicating that it arrived in Canada with the Acadians in the early 1600s under this name and migrated south with the families who settled in New Orleans after the American Revolution. 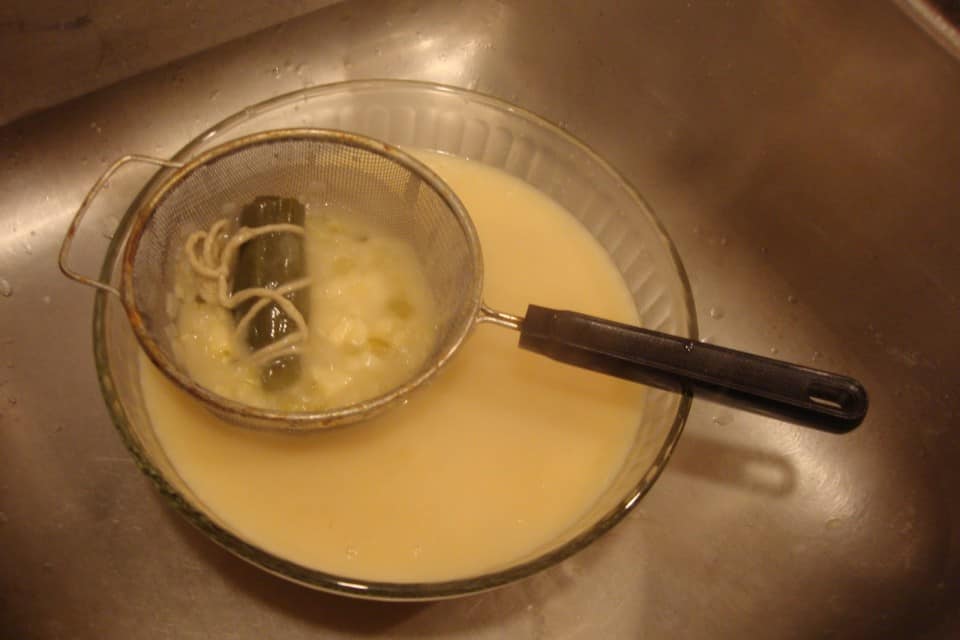 How to Make Velouté Sauce

Velouté isn’t complicated, but care must be taken to do it properly if you want to end up with the smooth, lump-free sauce the name promises. First, the stock should be brought to a gentle simmer. While the stock is heating, butter is melted in a small, heavy-bottomed saucepan, then flour is stirred in a bit at a time to make a smooth paste. After the roux has heated a minute or so, it’s removed from the heat and some of the stock is whisked into it to make a smooth, lump-free liquid about the consistency of buttermilk. This is then whisked into the remaining stock and simmered over low heat for 30 minutes to an hour, until the sauce is reduced to the desired thickness. Although there’s no single standard Velouté sauce, a chicken Velouté recipe is a good, versatile version to know.

Velouté is a foundation for many other sauces. One of the most famous is Sauce Suprême, which adds one cup of heavy cream and one tablespoon butter per quart of chicken Velouté. Follow the formula with a fish Velouté, add a half-cup of white wine and you have a classic Sauce Vin Blanc. If flavorings, such as mushrooms or leeks, are added, they are strained out so the sauce retains its velvety texture.

Though Velouté is thought of as a chef’s sauce because it isn’t served on its own, its simplicity and versatility make it a must-know for anyone who enjoys producing good food from simple ingredients.