Irish Soda Bread: A Recipe for Feast or Famine

You are here: Food 101 » Irish Soda Bread: A Recipe for Feast or Famine

Here in the US of A, Irish Soda bread has long been associated with the celebration of St. Patrick’s Day. As a child, I remember it making an appearance next to the corned beef and cabbage every year. I also remember being confused –it looked like cake, but upon tasting was nowhere near the Betty Crocker boxed goodness I was used to, and where the heck was the frosting? Turns out soda bread has its roots in 19th century Ireland, where it became a staple during times of famine. Though these days the Irish soda bread we ate every March 17th while drinking heavily and covered in Shamrocks had added ingredients that gave it a more dessert-like appeal, it is still reminiscent of the traditional soda bread made centuries ago in Ireland.

Though similar “soda” breads have been made in countries around the world (Native Americans used potash, a soda found in wood ash, to help their breads rise for centuries), soda bread has now come to be almost synonymous with Ireland. It rose to popularity in the 18th and 19th centuries, especially popular during times of famine. It’s ingredients were few, cheap, readily available, and baking did not require an oven (an expensive luxury many Irish did not have access to). Rather it could be baked in a covered bastible pot over coals. A combination of flour, sodium bicarbonate, and little else, it produced a heavy, dense bread that would fill you up and keep well. A large cross was traditionally cut into the dough to help it bake evenly. Though the obvious Christian overtones did not go unnoticed in the largely Catholic country. There was even a saying that one should cut the cross in the bread to “let the devil out.” Presumably because satan likes to hide out in baked goods… (kind of adds a whole new level to devil’s food cake, huh?).

The bread became a staple of the Irish diet. Though if eggs, sugar, or dried fruit happened to be available, they might have been added to the bread, but only on special occasions. With the influx of Irish immigrants during the potato famine, soda bread became popular in the US as well. However, over time the recipe was expanded upon to become more of a specialty dessert, and less of a cheap staple food. Nowadays, Irish American soda bread uses eggs, sugar, currants, raisins, caraway seeds and butter –all the good stuff. Regardless of your preference, soda bread is a perfect addition to any St. Patrick’s Day meal. Keep reading for both the Irish and American recipes. 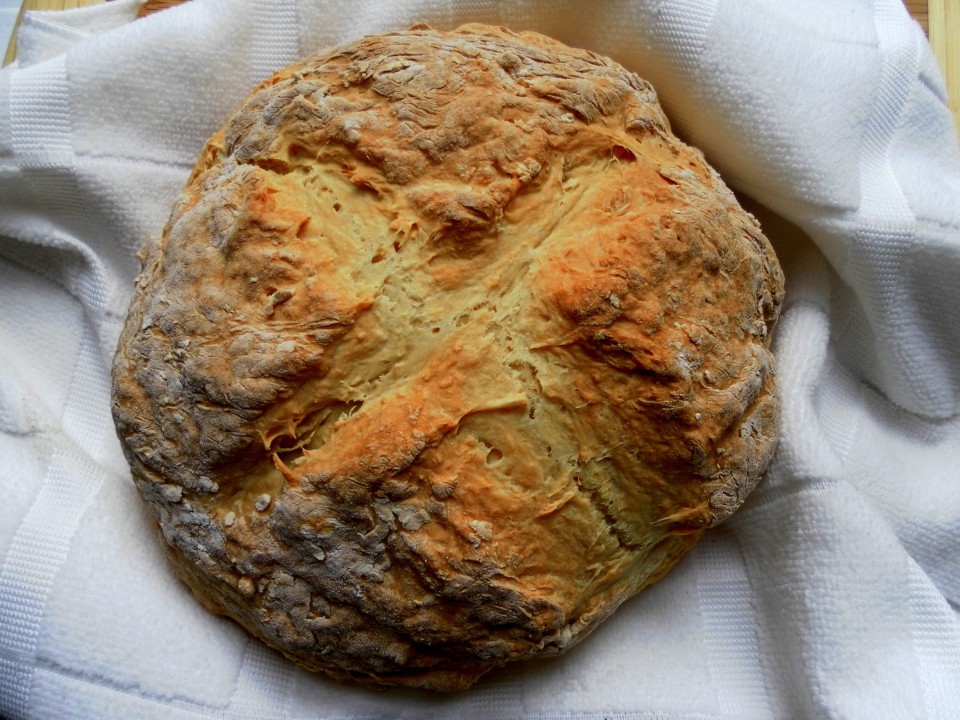 5. Knead lightly (but not too much, as that allows the gas to escape).

6. In the cake pan, mold the dough into a round flat shape, cut a cross in the top of the dough.

7. Cover the cake pan with another pan (this simulates the bastible pot), and bake for 30 minutes.

8. Remove cover and bake for another 15 minutes.

9. Cover the bread in a damp tea towel as it cools, to prevent it from hardening. 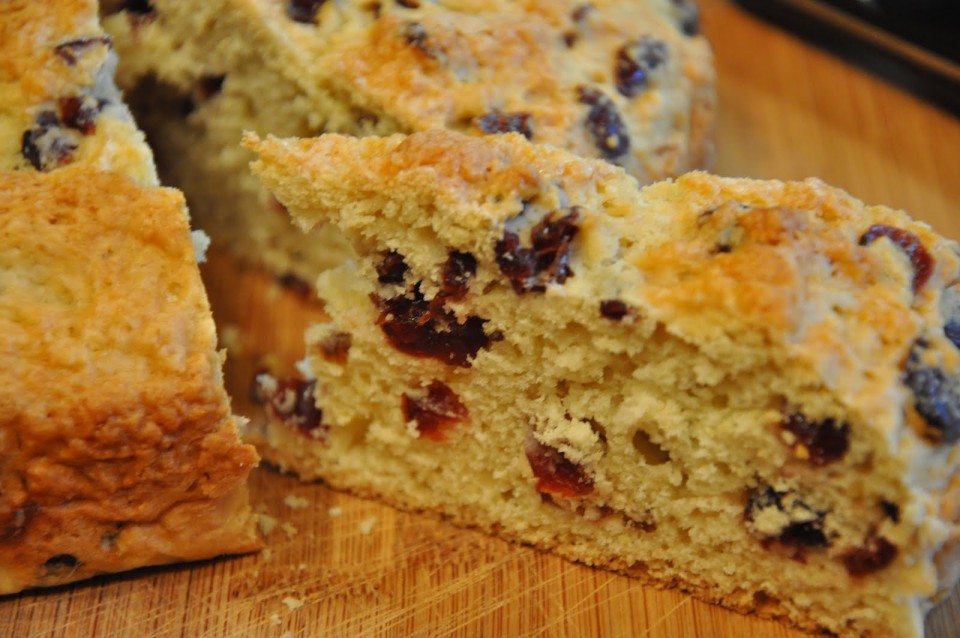 1. In a large bowl, beat together the butter and sugar, until smooth.

2. Add the eggs, beat on high for 2 minutes, or until the mixture is thick.

4. Gently beat in half the buttermilk.

5. Add another cup of flour.

6. Gently beat in the remainder of the buttermilk.

7. Add the final cup of flour, mix until smooth.

8. Stir in the currants/raisins and caraway seeds.

10. Drizzle the milk over the batter, then sprinkle the coarse sugar on top.

12. Place a “tent” of aluminum foil over the top for the final 15 minutes of baking.

13. Remove bread for over and allow to cool for about 5 minutes before removing it from the pan and placing on a cooling rack.

14. Allow bread to cool for at least 1 hour before serving.

Which soda bread will you be serving up this St. Patrick’s Day? Let us know how your recipes turn out in the comments below. Ga ndéana maith duit!