Beef consommé has been a long time pantry staple for me. I use it in combination with beef or mushroom broth to make onion soup, French dip sandwiches, and the occasional Thai or Japanese dish. A few years ago, when the familiar red-and-white can was not to be found in any grocery store in my neighborhood, I found myself wondering if consommé was something I could make myself. I decided to find out, and have not looked for the canned stuff since.

What is Beef Consommé?

Beef consommé is an intensely flavorful, full-bodied soup made from brown beef stock and seasonings. Unlike broth, which is usually used as an ingredient in another dish, consommé is meant to be served as is. The word “consommé,” in fact, means “completed.” Three qualities separate consommé from stocks and broth: it is never cloudy but has been clarified to glass-like perfection, its flavors are deeply concentrated, and it has a full-bodied smoothness stock-based soups lack. A well-made beef consommé tastes meatier than the beef it was made from, and is both comforting and satisfying. Consommé can be made from almost any animal, including veal, chicken, duck, and fish.

Until the Middle Ages, soups were essentially thick, chunky concoctions eaten by peasants as a main course, by invalids, and by those who’d lost their teeth, which must have been common in those days. A soup that was almost as thick as a stew must have been a cheering prospect to those who could manage nothing better.

Consommé is believed to have come about during the Middle Ages, a time when European civilization showed the first glimmers of the stabilization and prosperity that was to come with the Renaissance. Because consommé took a good deal of meat to make, and because the time-consuming process resulted in a light course or accompaniment rather than a main meal, the soup was considered a dainty, elegant dish for lords, ladies, and grand occasions. 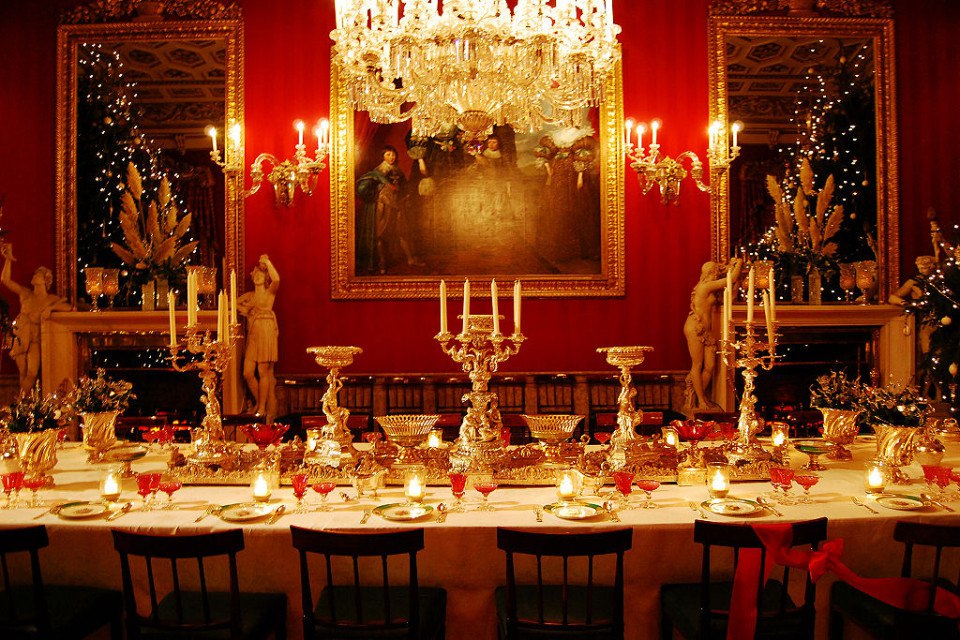 Initially, “consommé” referred to the process rather than a specific dish. In addition to soup, there was a consommé made by boiling cartilage and bones to make a gelatin to which nuts and preserved fruits were added. Think of it as a forerunner of the Jell-O on grocery shelves today.

Consommé’s reputation as food for the elite lasted over 700 years. It was especially popular during the Gilded Age, when dozens of imperceptibly altered versions appeared. The dozens of consommés bore elegant names like Consommé Ivan, Consommé Madrilene, and Consommé Monte Carlo. The menu for first class service aboard the Titanic for the evening of April 14 listed Consommé Olga among the first course choices. Other than the basic consommé being beef or chicken, it was not always clear how one consommé differed from the next. In researching Consommé Olga, for example, one source added a garnish of scallops, another insisted that the added ingredient had to be sturgeon, and a third added nothing more than julienned carrots.

After several hundred years as a classic, consommé’s popularity began to fade at the end of the 1960’s and vanished almost completely in the 1980s, when formal dining was replaced by casual dining as a trend. 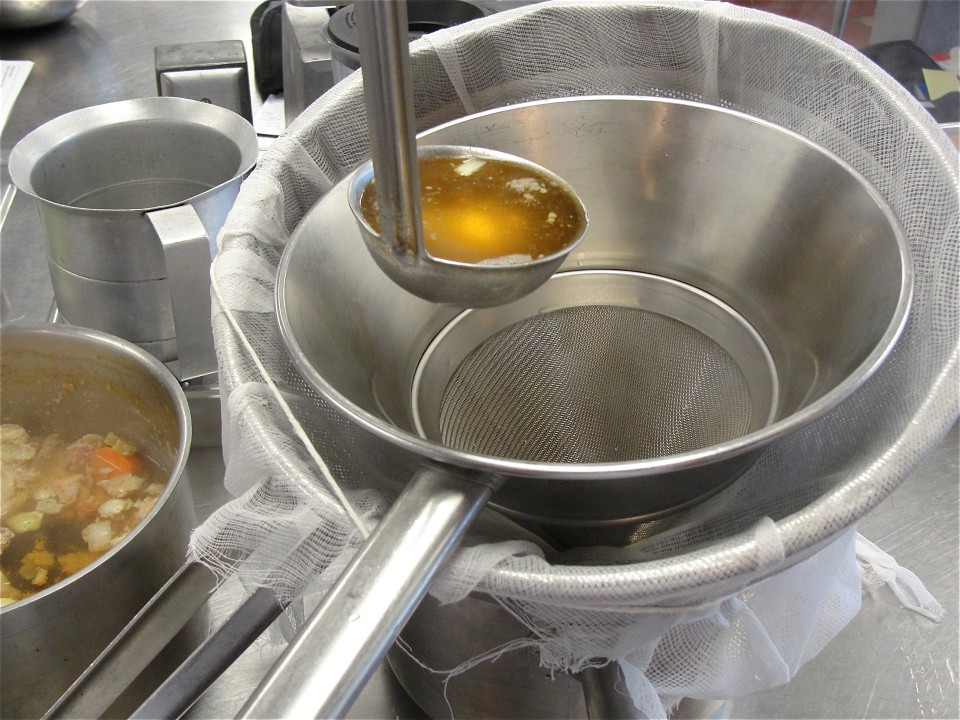 How To Make Beef Consommé

Consommé can indeed be made at home, and though the process is prolonged and complicated, I found it not only worthwhile but an adventure. My reaction to the first recipe I looked at was that there was no way this was going to work. So I looked up a second and a third and finally realized the same method was described in almost all of them.

A classic recipe for beef consommé calls for a mixture of egg whites (and I throw the shells in as well), lean minced beef, seasonings, chopped tomato, onion, carrots and celery to be added to cold stock and simmered (but never boiled) for about an hour. The vegetables add flavor to the stock while the beef and egg whites draw out the impurities and protein that make the stock cloudy. As the pot simmers, a fairly disgusting foam forms on the surface and hardens into a raft. Beneath the raft lies magic – clear, beautiful consommé, which is then strained through muslin and ready to use. Recipes for chicken consommé and other consommés follow the same process.

What I did for the adventure of it turned out to be a practical learning experience. Once the chopping is done, there isn’t all that much real work, and while the ingredients may seem expensive, given the startling rise in canned soup prices, it’s actually cheaper to make it yourself. Since consommé can be frozen, you can also save time by making a double batch and stocking the freezer. And the best reason of all to make anything yourself –homemade consommé simply tastes better than anything you’d buy off a store shelf.