Beef Wellington: Past and Present

You are here: Food 101 » Beef Wellington: Past and Present

Beef Wellington. It seems like a no-brainer, right? Beef from the land of the Cornish pasty, Beefeater Gin, and the Duke of Wellington. Surely this dish must have been created to celebrate the man who gave England one of the greatest military victories in history. But, not so fast. Sometimes there’s a fine line between beef and bull, no matter how delectable the results.

What is Beef Wellington?

Beef Wellington is a grand entrée that is indeed worthy of a duke. Its elaborate, complicated nature sings of the Regency era, when even modest households like the Bennets in Pride and Prejudice employed a maid, a footman, and a cook.

Beef Wellington is a fillet of beef coated with pâté and duxelles, a sautéed mince of mushrooms, shallots, and herbs. The dressed fillet is then wrapped, baked, and served in a showy puff pastry crust. Madeira sauce, made by adding Madeira wine to demi-glace sauce, is often served as an accompaniment to Beef Wellington.

The History of Beef Wellington

Food historians agree that Beef Wellington was named for Arthur Wellesley, the first Duke of Wellington. You have to feel sympathy for the eight Dukes of Wellington that have followed him, as no attention is paid to them at all. So spectacular was the first duke that he is, and probably always will be, the Duke of Wellington, with whom no successor can compete. In addition to giving us the Wellington boot, he defeated Napoleon at Waterloo, and later served two terms as prime minister. Certainly, he deserves a grand dish named in his honor.

The problem is that, as far as can be ascertained, the dish was unknown in the Duke’s lifetime, and may not even have been British – no English or French cookbooks of the Duke’s era contain a recipe. In fact, no recipe appears in print until 1940, in the American Palmer House Cook Book. The Palmer House, a historic Chicago hotel, had a reputation for fine food, and it’s possible the dish was an invention of the hotel chef.

The murky history of Beef Wellington has led to much speculation. Some suggest it was so named because its shape resembles a Wellington boot. Since meat served in pastry crust was common in France, it’s also been suggested that Beef Wellington is nothing more than French boeuf en croute, renamed to signify Napoleon’s defeat. A sounder theory can be found in Craig Claiborne’s The New York Times Food Encyclopedia published in 1985. Noting that a recipe for Steig Wellington (“steig” being Irish for steak) is included in Theodora FitzGibbon’s Irish Traditional Food, Claiborne suggested that the dish began as a simple Irish dish of beef cooked in plain pastry, and was later transformed into a special occasion dish. 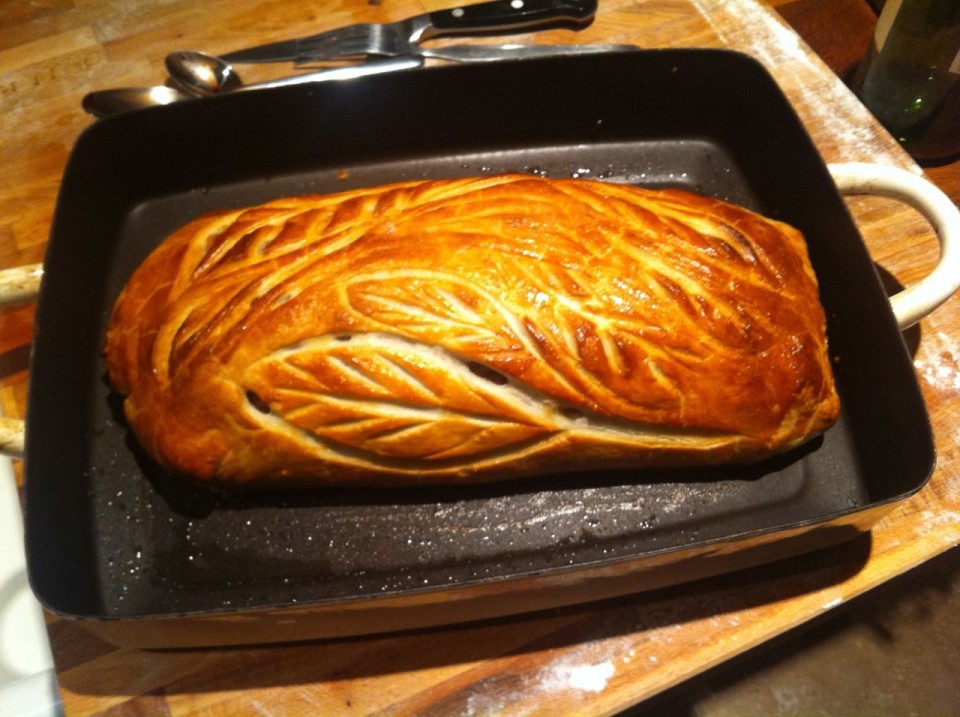 Beef Wellington hit the high water mark of popularity in the 1960s, achieving greater fame in America than it ever had on the other side of the Atlantic. The Kennedy’s made it a favorite at the White House, as did President Nixon, and it was just the kind of expensive, complicated and rewarding entrée hostesses loved to present to their guests. By this time, the dish had acquired its layers of pâté and duxelles, and plain pastry had been replaced by puff pastry, which was decorated with a lattice of pastry strips or other cutouts.

Like all good things, Beef Wellington suffered from success. People began adding all sorts of things to it, including bacon or a layer of pancetta and marinating the beef before cooking. When it reached truly over-the-top excess, they went the other way, replacing the pâté and duxelles with a smear of mustard. Then there was Chicken Wellington – the less said the better – and the final death blow: Hamburger Wellington.

How to Make Beef Wellington

Despite the excesses and adulterations of the past, the original Beef Wellington recipe is well worth making. Its reputation as a formidably difficult undertaking has been substantially blunted by two advances. First, the availability of frozen puff pastry. I prefer making my own pastry, and vary it depending on what I feel like making, but I know few people that feel this way. Frozen puff pastry is perfectly acceptable and far easier to work with that any pastry you can make yourself. Even the famous (or infamous) Gordon Ramsay Beef Wellington recipe makes use of this convenience.

The second innovation is that, rather than serve the fillet whole, it has become common to make individual servings. This takes a bit longer to put together, but is much easier to handle. 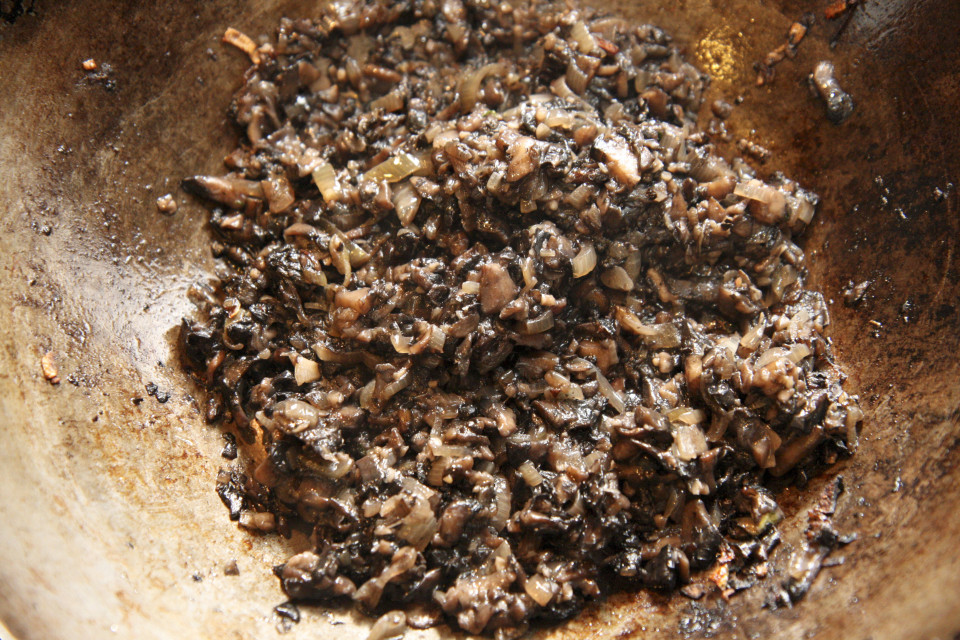 Beef Wellington is made by searing the beef, spreading the duxelles and pâté on the pastry, placing the seared, cooled slice of beef on a square of pastry, covering with a second square of pastry, and sealing with an egg wash before baking in the oven.

Aside from the deliciousness of it, Beef Wellington is one of those dishes that’s satisfying for anyone who enjoys puttering around in the kitchen. There’s a certain wow when you take it out of the oven and see the pastry, risen and golden, and think, “I made this.”