You are here: Food 101 » Whoopie Pies: A Delicious and Surprisingly Controversial Treat

Whoopie Pies have long been a classic dessert found in bakeries all around the US. However, with such a long-standing history, often passed down from generation to generation without much of a paper-trail, the origin stories of the treat are many and varied. Presumably because whoopie pies are so out-of-this-world amazing, everyone wants credit for patenting the dessert of champions.

What is a Whoopie Pie

Before we can delve into the mystery of the whoopie pie’s origin, let’s first settle what the devil it actually is: a round dessert made up of two cakes with cream filling in between (the specific ingredients of which can vary quite a bit). The cakes are traditionally chocolate, but recently many bakeries have been experimenting with different flavors –pumpkin whoopie pies being a popular choice of late. The filling can vary as well, from typical frosting to a marshmallow fluff based cream. But where it really gets confusing is when one tries to classify them among the official dessert phylum. But let give it a try anyway, shall we?

OK, so the word pie is in the actual name. However, other than the fact that it is round, I find little evidence of any pie-ness. Much like Boston Cream Pie, it’s a bit of a misnomer. So maybe it’s cookie? But while it does resemble those ice cream sandwiches with cookies clamped on either end of a hunk of vanilla ice cream, the ends of a whoopie pie are much more cake-y, certainly not cookies. So, then it must just be a cake. But a distinguishing characteristic of cake is frosting on the outside, not the inside, right? I’d say the closest I can get to a whoopie pie catergorization is to say it’s a sandwich. Yup, a sweet, sugary, desserty sandwich, with chocolate bread and fluffy frosting instead of meat and lettuce on the inside. Hmmm, not so appetizing. So, perhaps we should simply let is stand as it’s own, singular species of dessert, impossible to classify but oh-so-easy to enjoy.

History of the Whoopie Pie 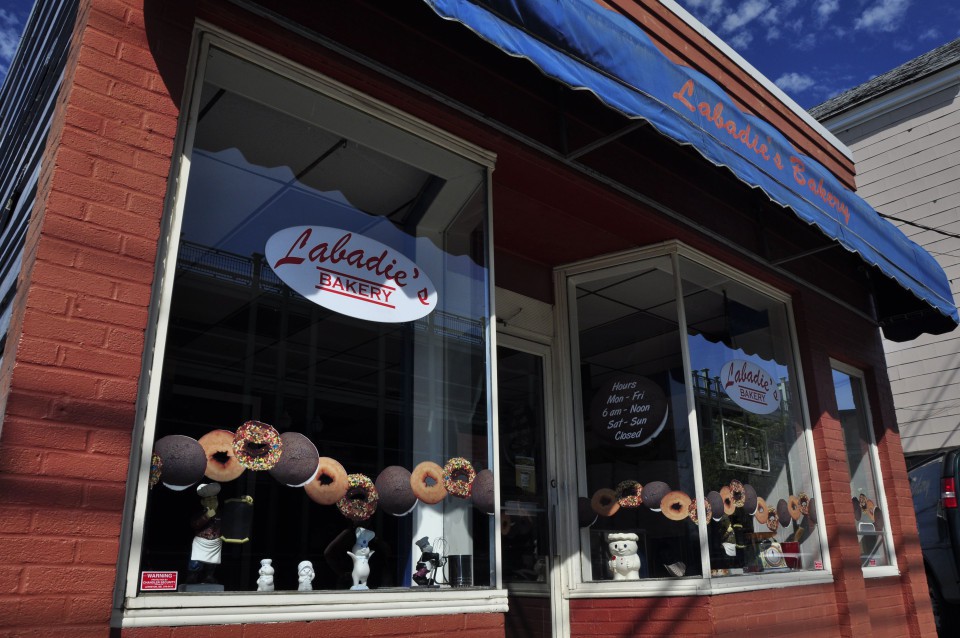 If you thought we were done investigating this dessert, you’re sadly mistaken. If we push past the whoopie pie’s classification difficulties, you find even more mystery when it comes to the origin of the treat. Maine, Massachusetts, and Pennsylvania all claim to be the birth-place of the whoopie pie. Being from Massachusetts myself, I’m obligated to side with my home state (go Sox!) where the Berwick Cake Company was making whoopie pies as far back at the 1920s. However, Labadie’s Bakery in Lewiston, ME (which is still up and running, by the way), claims to have been the first to make the treat in 1925. In fact, Maine is so desperate to claim the title of “Most High, Supreme Whoopie Pie Inventor”, that they even made the dessert their official state “treat” –an important distinction, since they also wanted to hold on to blueberry pie as their official state “dessert.” (Apparently, Maine is that little kid who wants to have every power when you play superheroes. Come on now, play fair, Maine. You can’t have invisibility AND super-strength ON TOP OF the power to regenerate instantly every time some kills you. Cool your jets.)

Now, Pennsylvania claims whoopie pies were invented by the Amish who used to make them with leftover cake batter and pack them as treats in their children’s lunches. As the story goes, the kiddies would shout “whoopie!” upon opening up their brown paper bag lunches and finding the yummy treat. And, in fact, this theory might hold a bit of water, since there have been records of similar sounding cakes being made in Germany (where the Amish originally hailed from) as far back as the middle ages. So there you have it, folks. The answer remains illusive. You best grab yourself a whoopie pie and a glass of milk while you ponder the mystery.

So Where Can I Get Some? 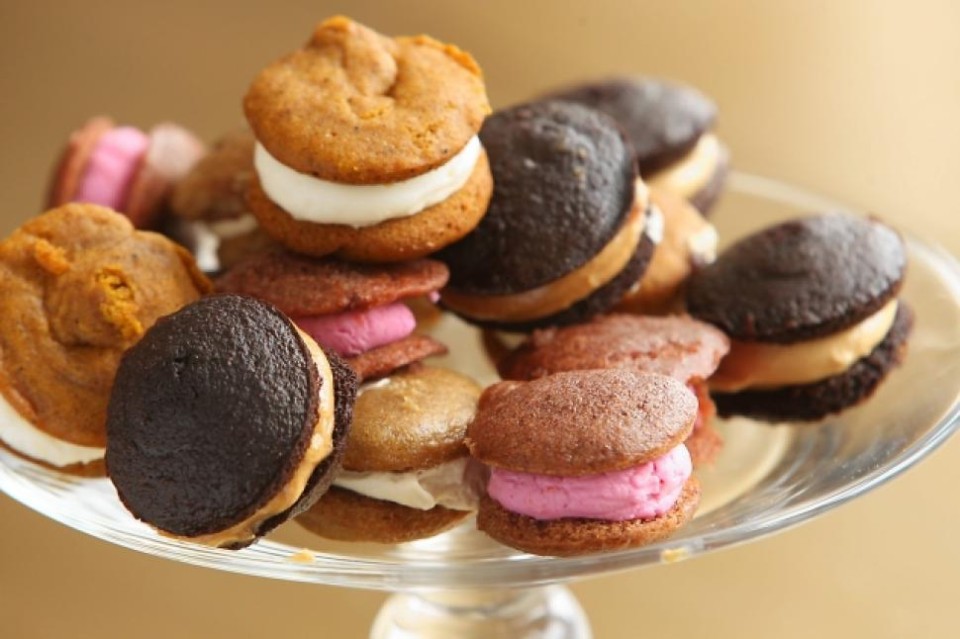 Whoopie pies are a bit of a trend at the moment, and you can easily find them in many bakeries and coffee shops all around the country. Strasbourg, PA holds a Whoopie Pie Festival every September. As mentioned before, Labadie’s Bakery is a great place to grab a traditional whoopie pie, and if you can’t make the trek to Maine, you can order from them online.

Here in NYC you have endless options for your whoopie pie needs. Try Milk&Cookies if you want a great, traditional whoopie pie, and Baked if you’re looking for a bunch of different kinds to try.  You can even have mini artisan whoopie pies in an endless variety of flavors delivered to you by Batter and Cream. Though, call me a purist, but whoopie pies really taste best when they’re bigger than a hamburger and unceremoniously wrapped in clingwrap, as were the Massachusetts-made whoopie pies of my childhood. But whether you prefer them handmade by an Amish lady in PA or all fancied-up by a trendy NYC shop, I think we can all agree, whoopie pies remain a delicious, perfectly compact little treat perfect for any occasion, or just because. All hail the whoopie pie!