What is Egg Foo Young?

Egg foo young, like chop suey and chow mein, seems like a relic from menus past, something Ralphie and his family might have eaten with their Chinese turkey in the Christmas Story movie. Recently, I found myself wondering, “What ever happened to egg foo young? And what is egg foo young anyway?” The answers were surprising. Not only is this one of the world’s great, uncomplicated comfort foods, I discovered I’ve been making my own version of it for years.

What is Egg Foo Young?

Egg Foo Young is often described as a Chinese omelet or egg pancake, leading some to confuse it with scallion pancakes. Neither of these descriptions quite captures the dish, though. There’s no flour involved, the eggs aren’t folded over as an omelet is, and, unlike pancakes that are cooked on a dry griddle, Egg Foo Young is fried in a skillet in oil.

While the egg mixture is cooking and not yet set, other ingredients are sprinkled in, making it more like a frittata that’s been fried rather than baked. Common ingredients to be added include chopped scallions, greens, peas, sprouts, water chestnuts, bamboo shoots, mushrooms, and slivers of cooked chicken, ham, pork, or shrimp. Egg Foo Young is often, but not always, served with a glaze of sweet-sour brown sauce. 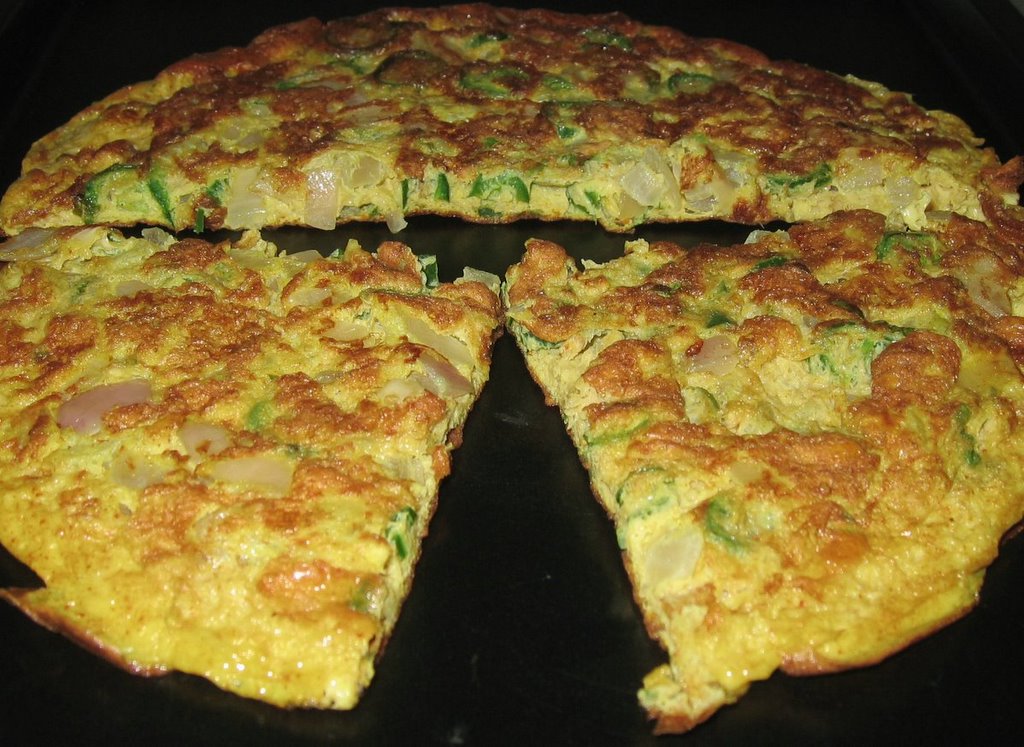 Egg Foo Young was indeed invented by Chinese cooks, but it was created in America to feed hundreds of thousands of hungry American laborers, Chinese immigrants among them.

It all started with the discovery of gold in California in 1849. Americans weren’t the only people who joined the rush for wealth in the West, and thousands of Chinese left their families behind and sailed for the land they called the Golden Mountain. When Americans protested the number of foreigners competing for the limited streams of gold, laws were passed that levied heavy taxes on foreign miners. The laws were especially burdensome to the Chinese, who were easier to single out and identify than Europeans, and many went into other lines of work, such as laundry, domestic service, cooking and kitchen work.

American industry boomed throughout the second half of the 19th century. Building the transcontinental railroad, coal mining in the east, and boomtowns in the west all required massive amounts of labor, and the laborers required massive amounts of food. Wherever labor flowed across the country, Chinese cooks followed, establishing their own commissaries and eateries and adapting their cuisine to make dishes that were inexpensive, filling, easy to prepare and tasty to Americans. 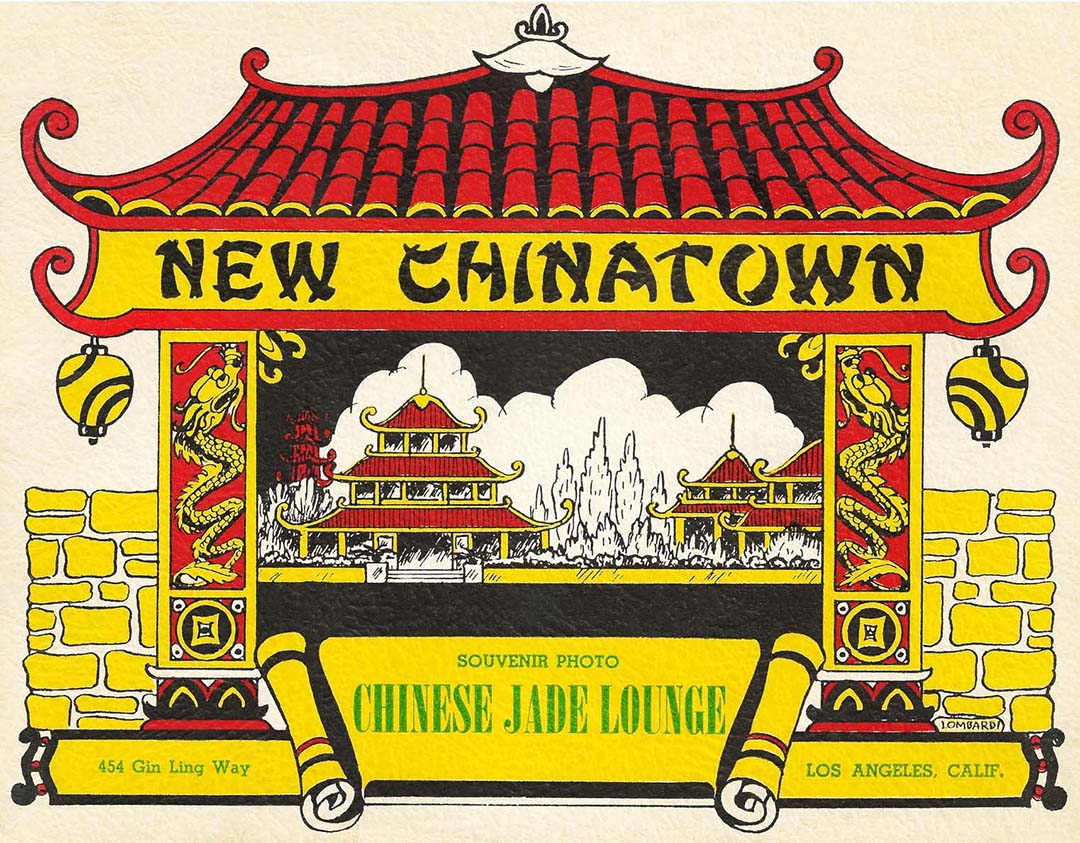 Egg Foo Young, a simpler and more nutritious version of an elaborate Shanghai dish of egg whites and ham, was born along the way, often adding ingredients so American its Chinese origins were all but lost. What is a Denver (or Western) omelet but egg foo young with the Chinese ingredients edited out? In St. Louis, many Chinese restaurants still serve something called a St. Paul sandwich – Egg Foo Young on white bread with mayonnaise, pickles, lettuce and tomato.

For most of its first century in America, Chinese food had relatively low status. The word “chow,” which first appeared in 1856, comes from chow-chow, a Chinese relish. Chinese eateries weren’t even referred to as restaurants but were called chop suey joints. Soon every working class neighborhood had its own joint, open long hours to serve bus drivers, factory workers and others who needed sustaining food at modest prices.

The picture began to change after World War II. China had been our ally against Japan, and Chung King, which packaged dishes like chow mein complete with crunchy noodles for home use, repositioned Chinese food as a mainstream family meal. In the 1950s, beatniks and their penchant for all things bohemian made late night forays to Chinese eateries hip, while restaurateurs like Don the Beachcomber and Trader Vic introduced middle class Americans to supposedly Asian dishes with exotic names like Crab Rangoon and Mandarin Kau Kau. The pupu platter had arrived. 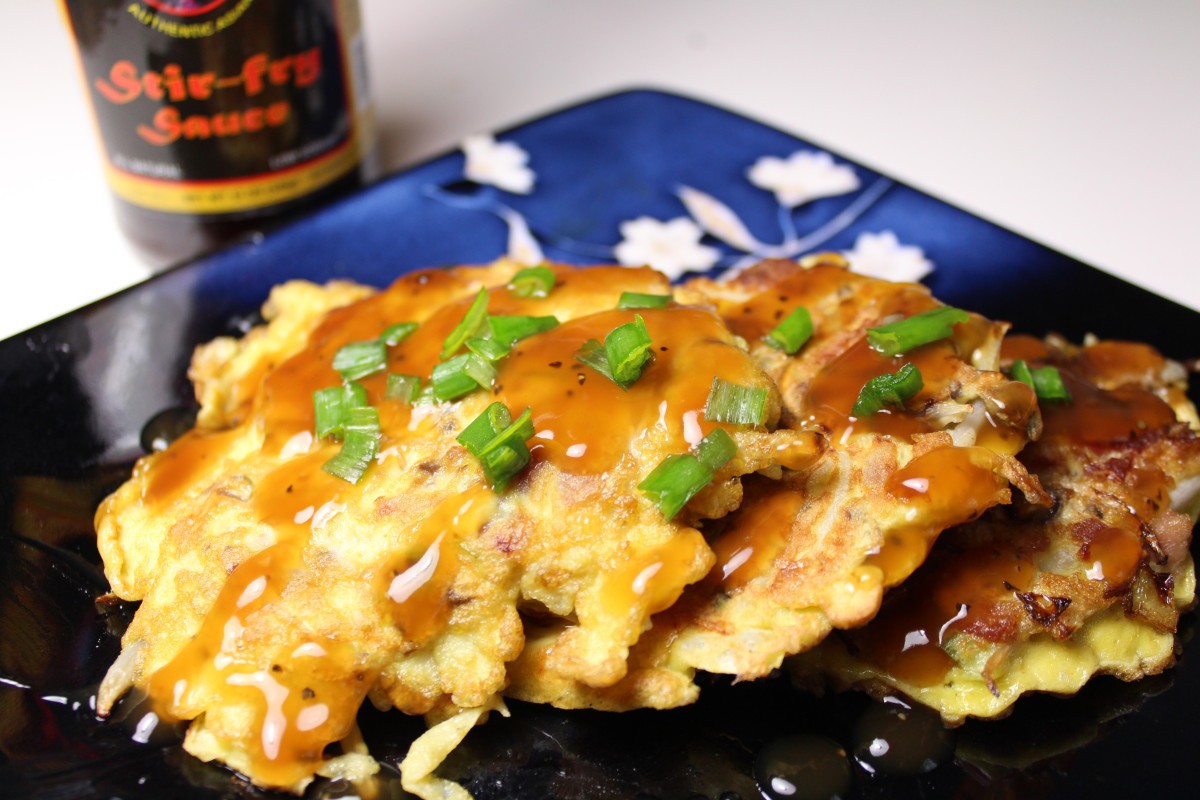 Most early Chinese immigrants hailed from eastern China, and opened restaurants that served Shanghai- and Cantonese-style cuisine. With the opening of China in the mid-1970s, waves of immigrants arrived, Hunan and Szechuan cuisines gradually became dominant. Today, dishes like Egg Foo Young are almost impossible to find in New York unless you travel down to Chinatown, where tradition prevails. The same is true for other large coastal cities, though traditional Cantonese food is still common in the Midwest. Food being the faddish thing it is, don’t be surprised if Cantonese cuisine one day makes a grand comeback.

As for the glaze that is sometimes served with Egg Foo Young, a recipe for “Chinese gravy” can be found in one of the first Chinese cookbooks written here, Shiu Wong Chan’s Chinese Cook Book of 1917. The gravy is a simple combination of meat stock, soy sauce, sugar, salt, and sesame oil thickened with cornstarch. As Americans grew more accepting of foreign tastes, oyster sauce was included to add color and flavor. 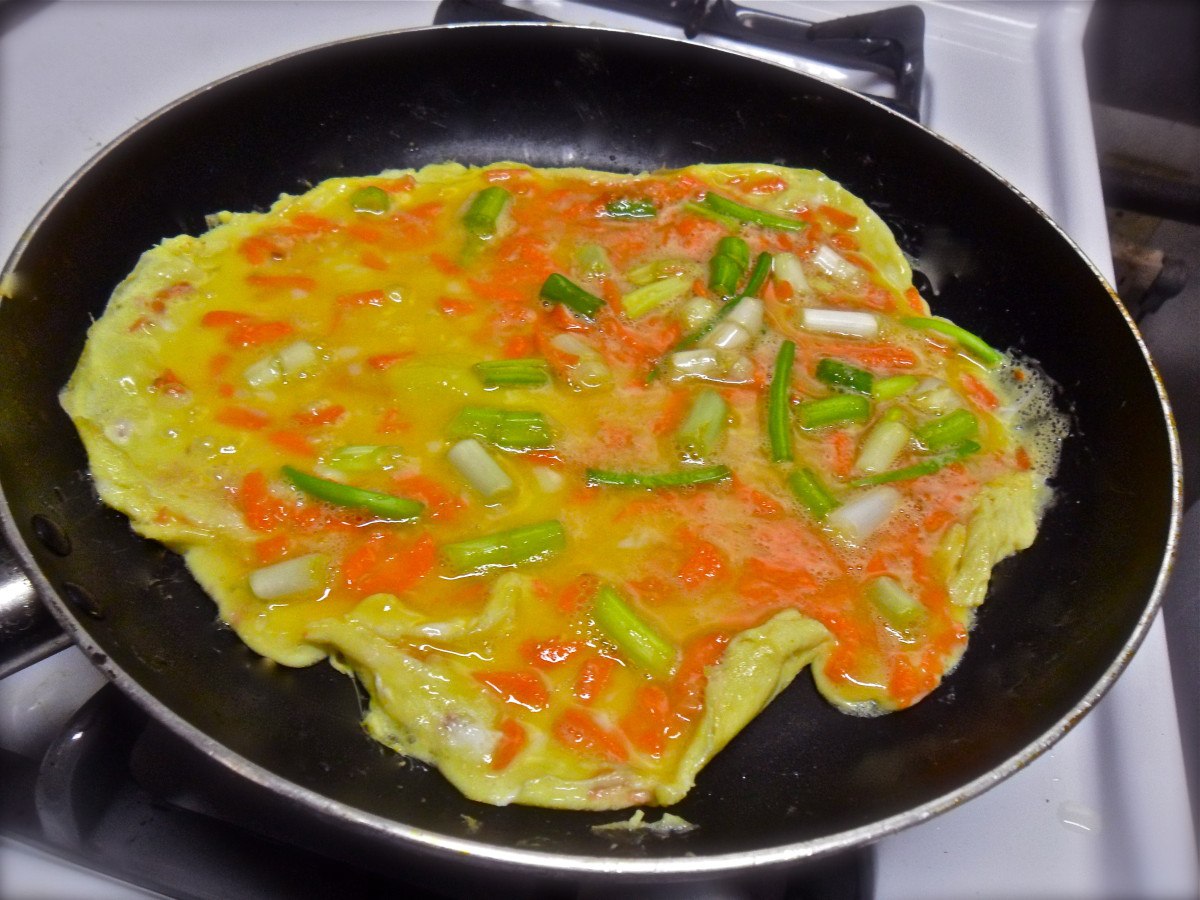 How to Make Egg Foo Young

In the course of writing this, I discovered that my own version of Egg Foo Young figures into one of my favorite comfort meals – Slow and Crispy Egg-Fried Rice.

Few things are easier to make than Egg Foo Young. Start by dicing whatever vegetables and meat you’re going to add into small cubes or slices – somewhere between one-half and one-quarter inch. You can use whatever you’ve got around – I’ve used everything from left-over sweet potatoes and Chinese spareribs to chopped fennel, asparagus and turkey. If I’m using raw vegetables like scallions and broccoli, I usually give them a quick stir-fry first.

When you’re ready to cook, crack two eggs per person into a bowl. Instead of whisking them with water or milk, as you would for scrambled eggs, use soy sauce as the liquid. Pour about one-eighth inch of oil into a skillet and heat to medium high. Pour in about two eggs worth of the batter, let the bottom begin to set, then sprinkle in other ingredients. When the bottom is crisp and lightly brown, flip and do the other side.

When the Egg Foo Young is done, I use the edge of my metal spatula to cut it into strips and serve it over Slow and Crispy Egg Fried Rice, usually with a little sweet chili sauce. This also makes a great sandwich on toast, especially with a little spicy mayonnaise.

Finally, Egg Foo Young is a great way to use up leftovers from the Chinese meal you ordered last night, and day-old fried rice mixed into the eggs is heaven.