What is Peking Duck?

When I was in college at the University of Iowa, there wasn’t a lot to do on Sundays, so we banded together for Sunday survival parties. Lots of people, lots of wine, and what seemed to us, in our early 20s, like some really adventurous cooking. By far our most spectacular effort, both in ambition and results, was Peking Duck. 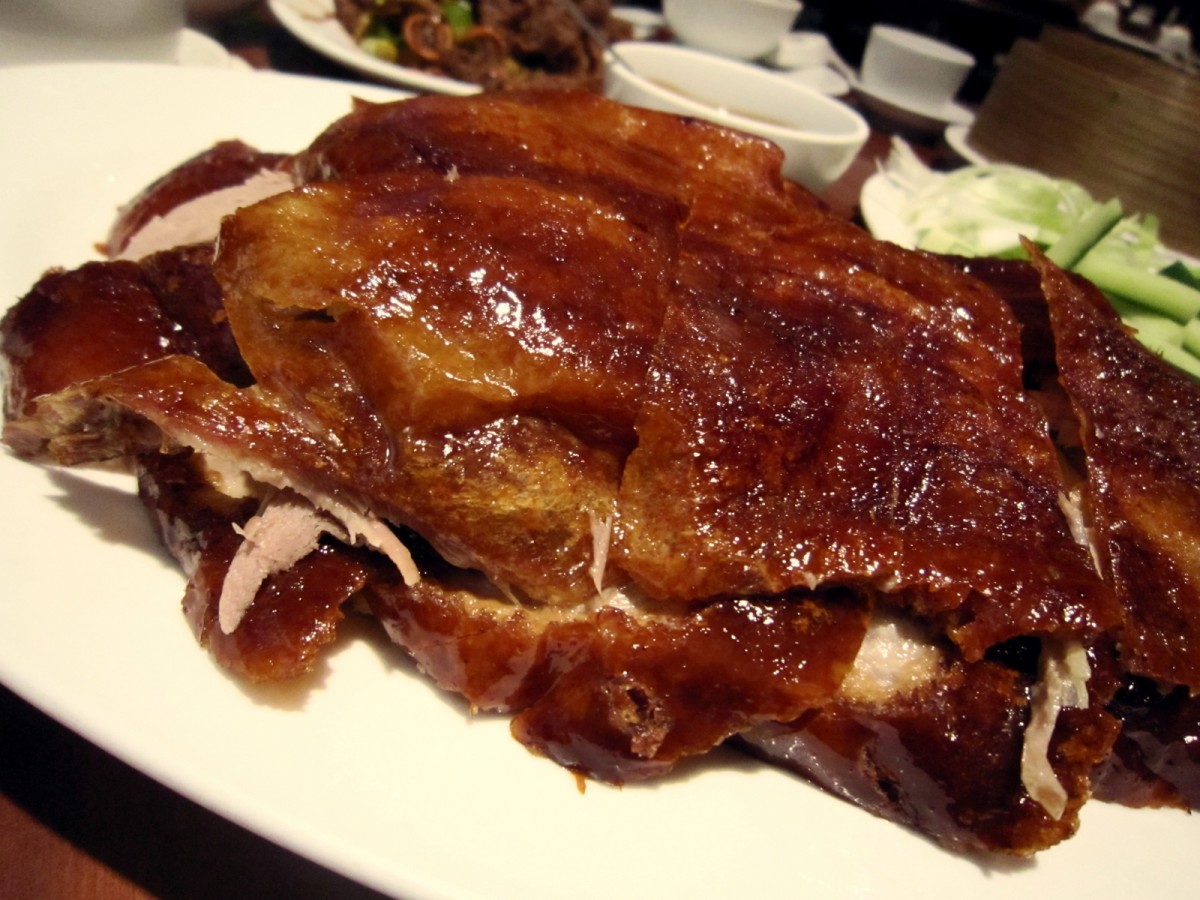 What is Peking Duck?

Duck, like lobster or crab, is almost always a special occasion dish, but Peking Duck, when done right, is the caviar of duck dinners, the Hope diamond that makes duck confit seem like a rhinestone.

Peking Duck that’s been bathed in honey and sherry, air cured for hours or days, then slow roasted to produce the crisp, amber-brown skin that is its trademark. Morsels of meat and skin are rolled with scallions and spears of cucumber into a crepe-like pancake, drizzled with Hoisin sauce, and served. Then you eat it and faint with delight. 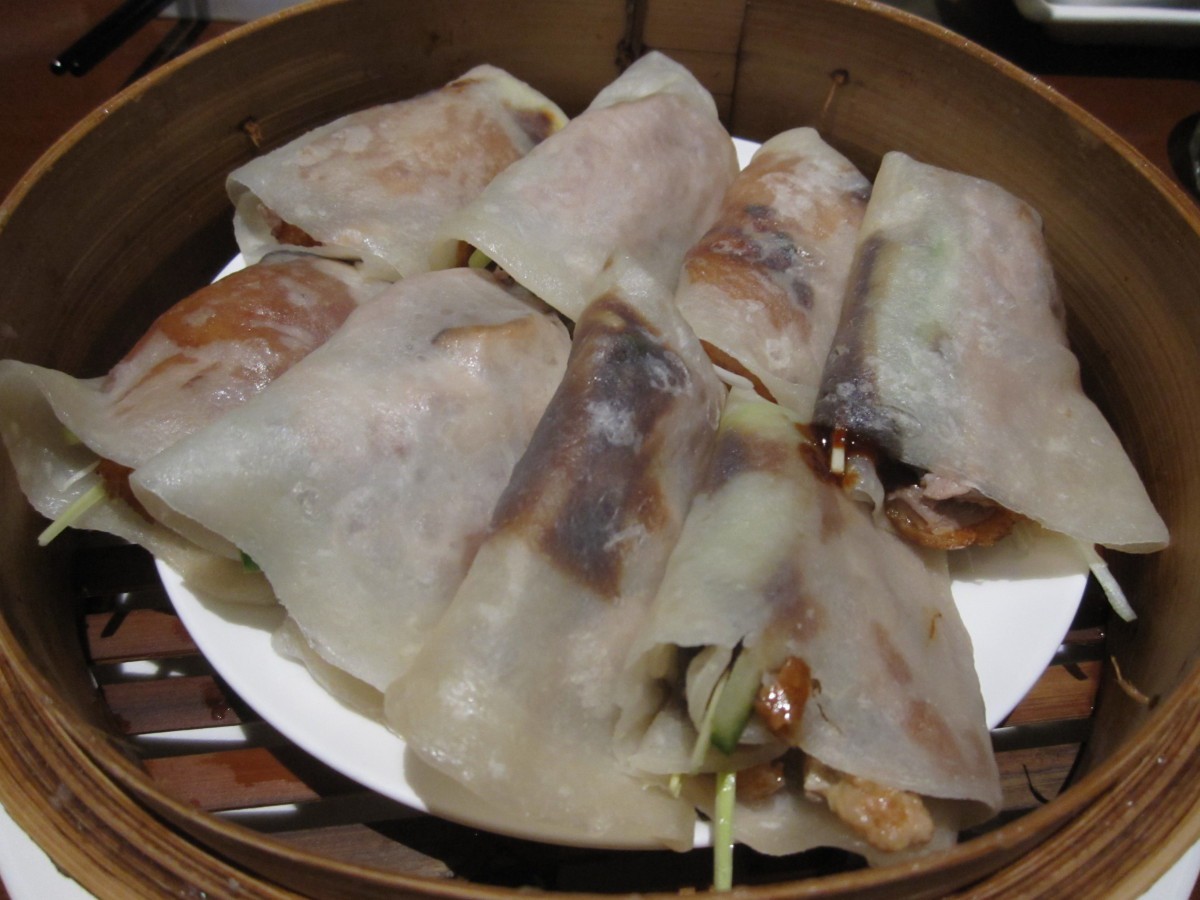 The first mention of Peking Duck comes during the Yuan Dynasty founded by Kublai Khan, grandson of Genghis Khan, in the 13th century. Unlike his rather barbaric grandfather, Kublai Khan had a fine sense of civilization, and his summer capital was the city Samuel Taylor Coleridge described in his famous poem, Kubla Khan. Coleridge was an imperfect historian at best, but sums up the lingering glow of the Dynasty in the poem’s opening lines, “In Xanadu did Kubla Khan / A stately pleasure-dome decree.”

Is it any wonder that this is where the glorious dish was first served? 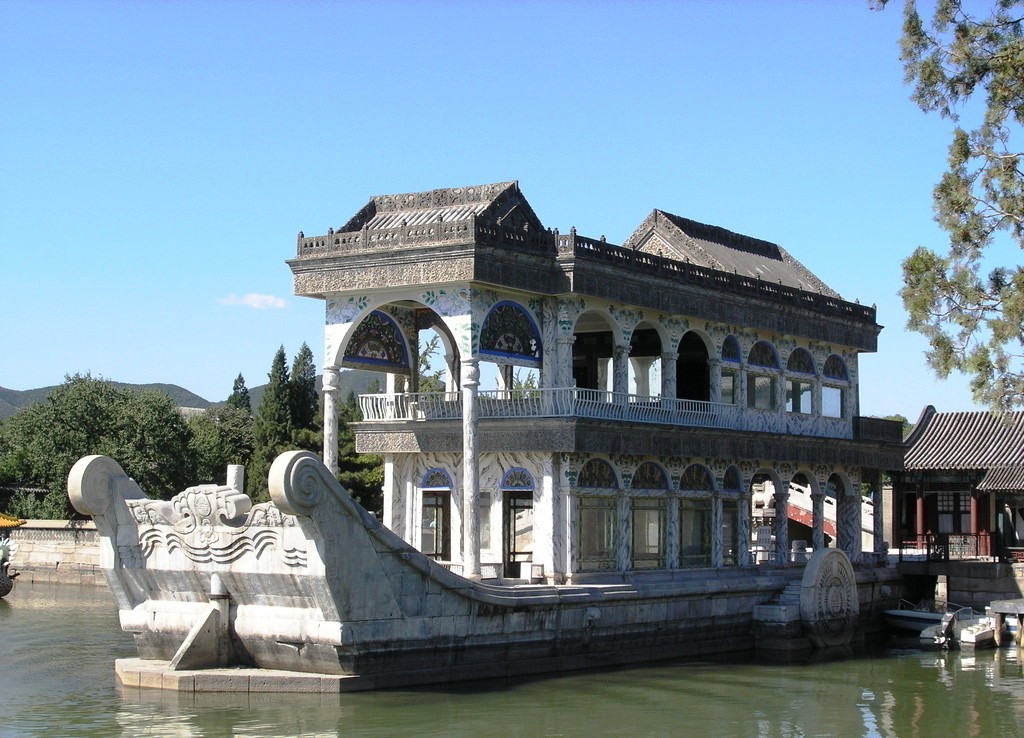 By the 15th century, Peking Duck was one of China’s most celebrated dishes, a staple that never went out of fashion on imperial court menus. Though most commoners raised ducks for down, eggs, and meat, the time and attention required to make Peking Duck required a lavish expenditure of human capital few peasant families could indulge in.

In the first half of the 16th century, the Bianyifang Restaurant in Beijing began serving a slightly modified version that became wildly popular. Trading on Bianyifang’s success, other restauarants specializing in duck opened under the same name. In 1926 there were nine such restaurants of this name in Beijing alone, and others scattered across the country. The original Bianyifang remains one of the best places to eat duck in Beijing.

An equal draw in Beijing is Quanjude, which opened in 1869 and can serve 600 customers at a single sitting. The production techniques developed by Quanjude have been adopted by restaurants around the world, making the dish accessible to millions. 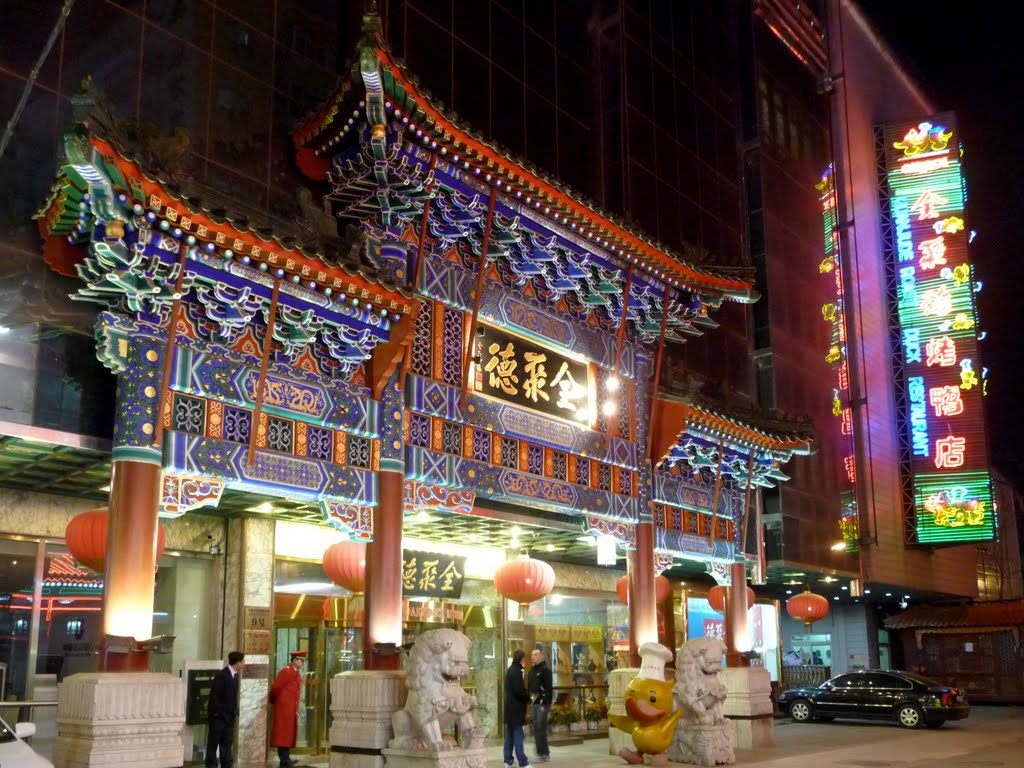 True to the imperial tradition of Peking Duck, it was served to both Nixon and Kissinger on their trips to China in the 1970s, and the opening of China to trade increased its popularity. In 1976, Duck Chang’s in Annandale, Virginia became the first US restaurant to serve Peking Duck without ordering in advance.

As “Beijing” replaced “Peking” in the 1980s, sporadic attempts were made to change the name of the dish as well. And, though Beijing Duck appears on some menus, the popular tide is with tradition, and Peking Duck remains more common.

How To Make Peking Duck

Despite its time-consuming fussiness, it is not difficult to make Peking Duck at home. It’s a good company dish because most of the work is done before roasting and, since it needn’t be served piping hot, you don’t have to worry about carving quickly.

The key to the dish is a number of steps to dry and tighten the skin while keeping the meat moist and succulent. A raw, cleaned, commercially raised duckling is bathed in a slurry of boiling water, honey, sherry and cornstarch. The skin of the duck is also separated from the flesh (without being removed) to keep the skin away from the fat as it renders during roasting. Traditionally, this was done by tying the off neck skin of the duck and inflating the duck. However, processed ducks do not have enough neck skin to do this, so the job is now done by sliding your knife under the skin gently. The duck is then dried, uncovered in the refrigerator, for a period of time and roasted.

If you want to make Peking Duck at home, I strongly recommend J. Kenji López-Alt’s advice on doing so. He has adapted a number of modern techniques – including the beer can chicken method of roasting – that make the process simpler and far less intimidating.

Every cook should make Peking Duck at least once. It’s an insight into a foreign cuisine and a true adventure in cooking – one that yields delicious results.