What is Sake? The Art Behind the Drink

Forget the warm, cloudy, not particularly good sake you’ve sipped for years as part of the sushi ritual. Good sake – seriously good sake – is invading New York. But if you’ve been to one of the sake bars that are springing up everywhere, or your favorite sushi place suddenly has a sake menu as long as the wine list at Bar Boulud, the trend may seem impenetrable. Not to worry. Here’s a crash course than will put you ahead of the curve. 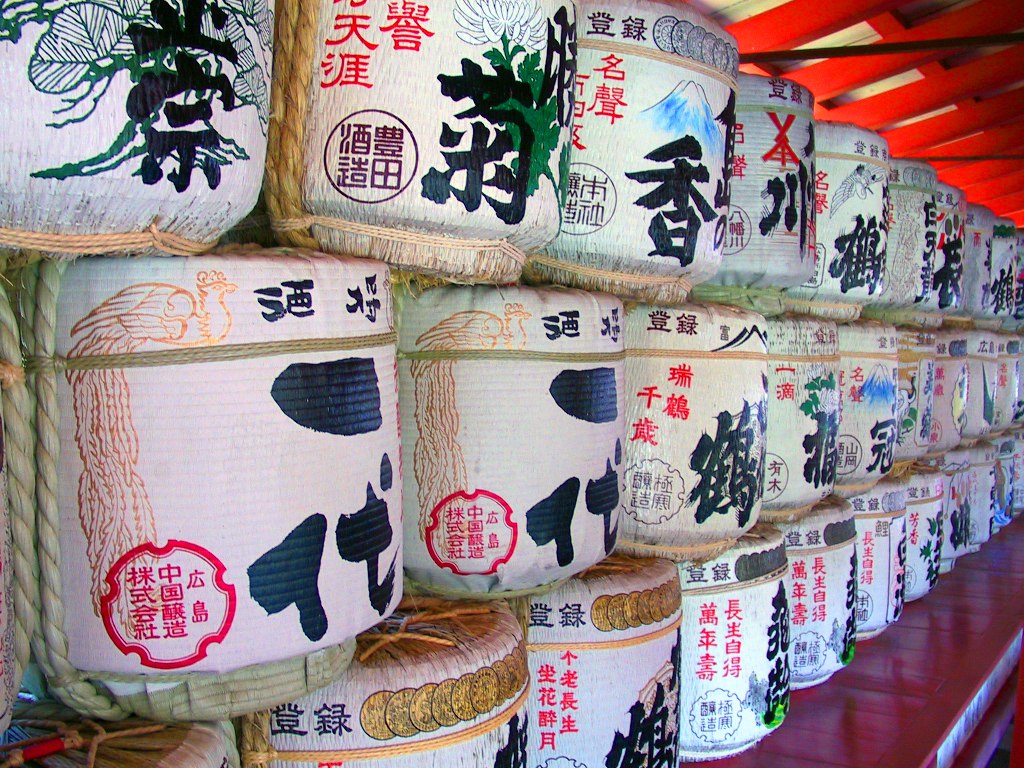 Sake in a Nutshell

Steve Vuylsteke, CEO of Portland, Oregon’s SakéOne, is one of several American brewers following traditional methods to make premium sake. “There’s a lot of misconception about sake,” he told us. “People think it has to be drunk warm, but premium sake is usually at its best chilled.”

Another popular misconception is that sake is “rice wine.” Actually, no. Sake is indeed made from rice, but the rice is brewed, making sake more like beer than wine. And, unlike wine, in which good grapes produce a good finished produce, sake is a far more complicated process, calling for numerous decisions along the way – decisions based on the brewer’s experience, judgement, and intuition about what the brew is doing and what it needs at any particular moment.

The Art of Sake Making

Sake, a beverage that dates back at least to the 7th century, begins with rice. There are several types of rice suitable for sake, and several variations within each type, each with distinct characteristics and flavor elements. Which type of rice to use is the first decision made by the master brewer, or Toji, a respected position akin to that of head chef.

Another factor that influences the flavor and quality of the finished product is milling – how much of the exterior rice grain is polished away. In general, the more of the grain that is polished away, the greater the quality of the sake. However, this is also a matter of individual preference and taste, as well as other choices made during the production process. The water used for brewing also affects the finished product.

After polishing, which leaves the rice super-heated, the gain is left to cool for a few weeks, then washed, and finally steeped in a water bath. The steeped rice is then drained and carefully layered into a gigantic steamer. Only a few inches are added at a time, to facilitate the formation of steam channels. 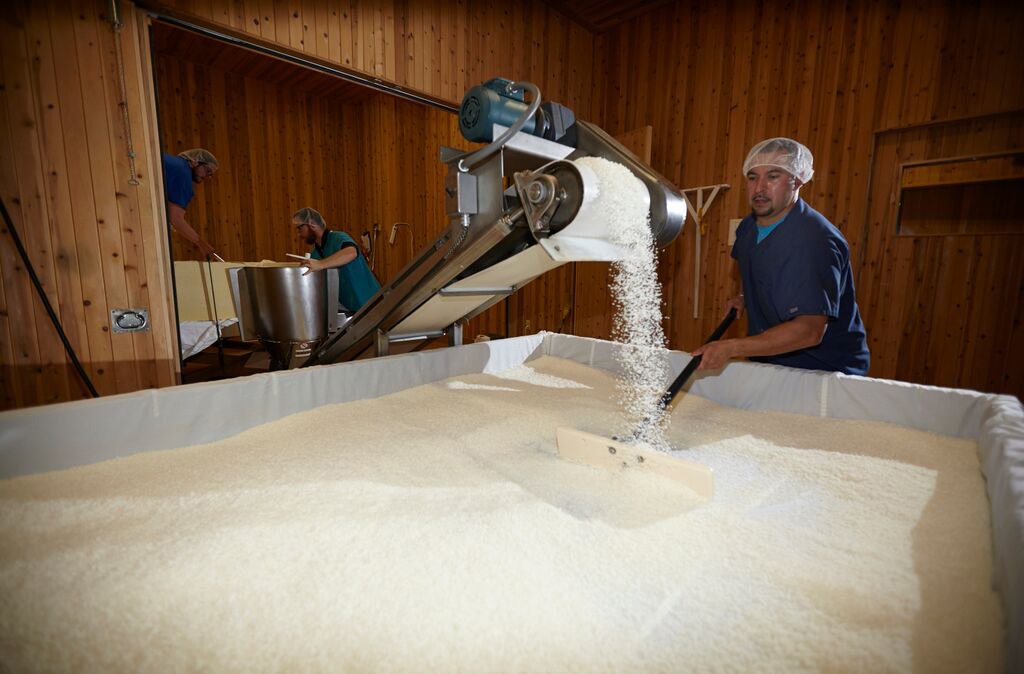 After steaming, another critical step is taken. Mold spores, known as koji, are applied to each grain of rice. Since there are numerous strains of koji, brewers choose which strain to use according to the flavor and aroma elements they want in the finished product. Within a day or so, the koji have converted the rice’s starch to sugar, making if perfect food for the yeast, which is then added.

In addition to the yeast, water and plain steamed rice are added to the koji rice. The amount of plain rice that’s added is yet another choice that will influence the flavor of the finished sake. The mix is left to brew until the master brewer determines that optimum flavor and alcohol content have developed and the sake is ready for pasteurization and bottling.

Throughout the process, the master brewer remains intensely involved, using all five senses to gauge what the brew requires and make adjustments are needed. 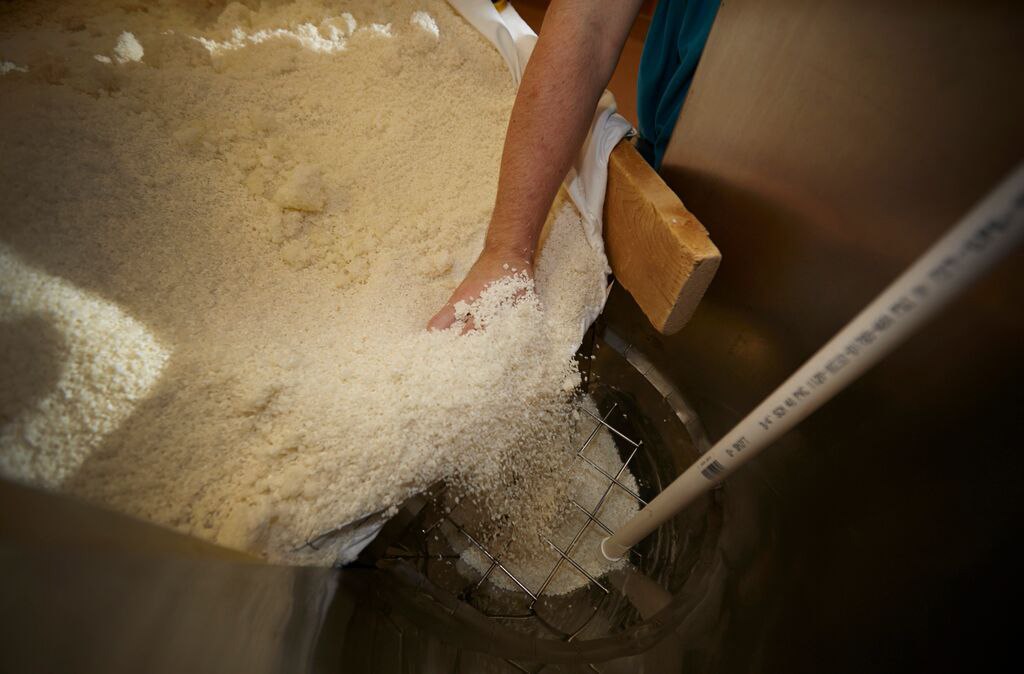 From the four basic ingredients of rice, water, Koji mold, and yeast, three types of sake are made: Junmai, Junmai Ginjo, and Junmai Daiginjo. The difference between these is the degree of milling the rice has undergone. Junmai is made from rice that has had 30% of its exterior polished away; for Junmai Ginjo, 40% of each grain is removed; for Junmai Daiginjo, 50% is removed, leaving only half of each grain.

There are other variations beyond these six whose names frequently appear on sake menus, including:’ 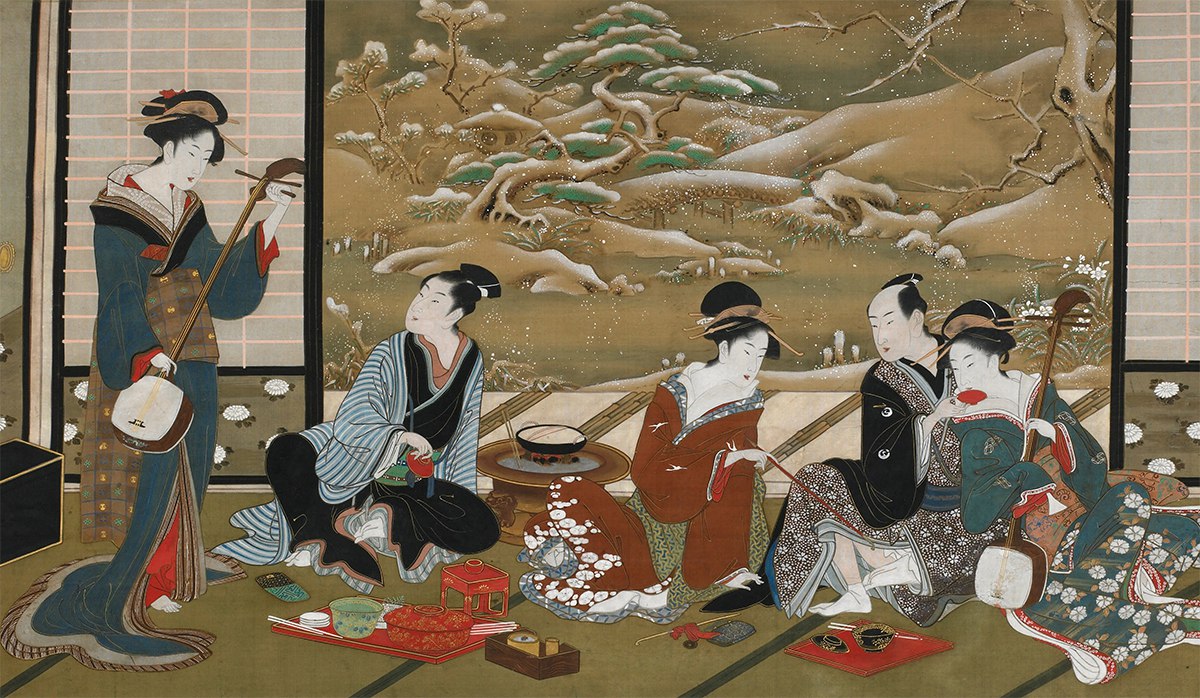 Beyond the traditional variations in taste, type, and quality, many sake producers are experimenting with new techniques and ingredients. One Japanese producer pipes Mozart Symphonies 40 and 41 over the barrels during fermentation, on the theory the it stimulates yeast activity. There’s actually scientific support for the theory, too, and the result is a high quality premium beverage. Another manufacturer is submerging sake in the ocean to discover if the gentle current will result in a mellower brew.

Yeast also offers opportunities to experiment, instead of buying common brewing yeast on the open market, artisanal brewers have developed proprietary strains of yeast for their own use. For example, a Japanese manufacturer near Kyoto has propagated yeast from a double cherry blossom native to the region. Though traditional sake is a low acidity beverage, cherry blossom yeast raises the acidity substantially, producing a finished beverage that combines the rice flavors of sake with the crispness of white wine. Yeast extracted from rhododendron and begonia petals has also been used, as well as yeast that has been sent into space. 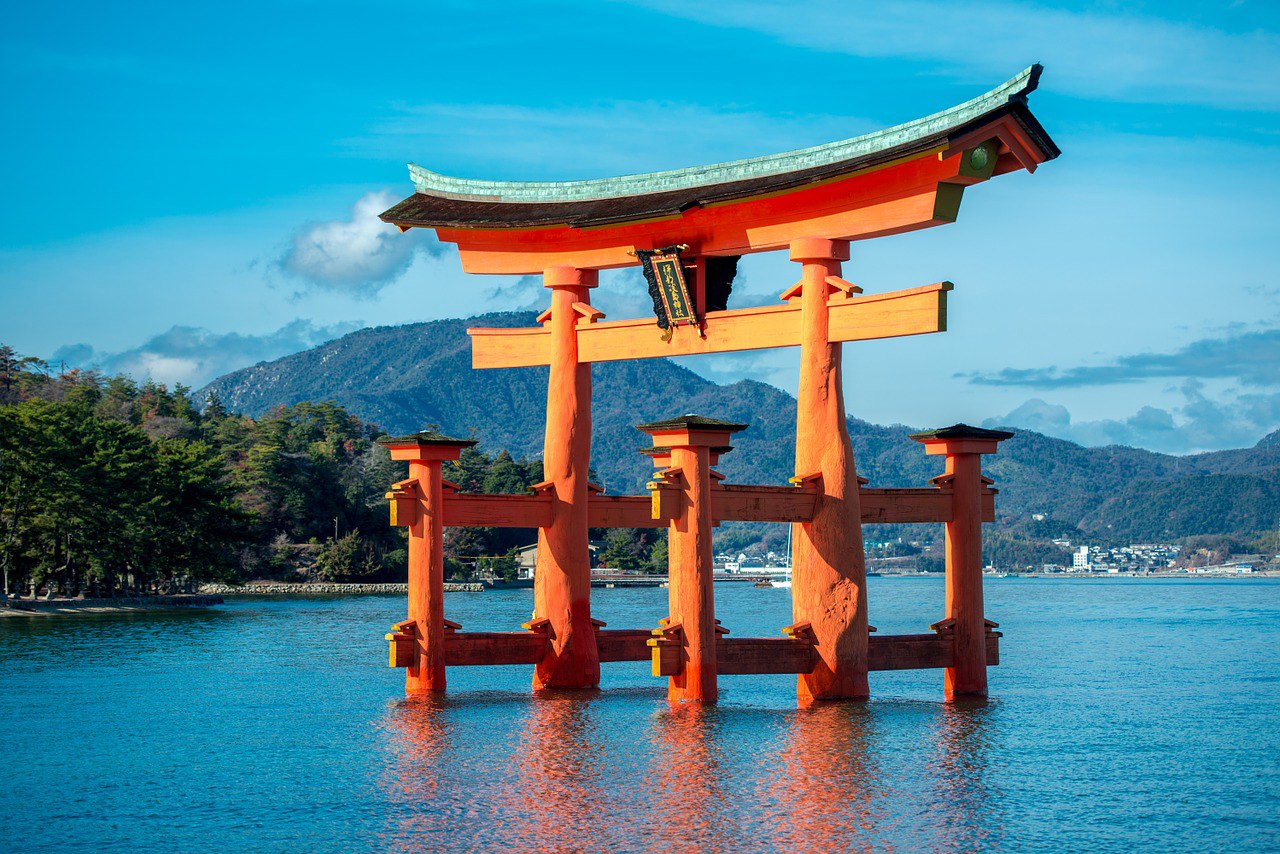 What’s a Sipper to Do?

With so many choices, terms, and variations, how can casual sippers find their way to sakes they like? With a background in both wine and sake, SakéOne’s CEO, Steve Vuylsteke, gave us some sound, easy to remember tips.

“Look at your wine preferences,” Vuylsteke advised. Since similar terms are used to describe sake, the words you respond to on a wine menu can point you toward a sake you’d enjoy. “For example, if you like a sweet, fragrant wine like Riesling, I’d point you toward our Momokawa Diamond Ginjo, which integrates traditional sake flavors with complex fruit notes.”

White wine turns out to be a perfect entry point for understanding and enjoying sake. The two have similar alcohol contents, are good straight and chilled, can be enjoyed in similar mixed drinks, and both also come in sparkling versions. Vuylsteke pointed out one big advantage sake has over white wine. “Traditional sake has only about one-third the acidity level of wine. It’s much easier to pair with food because the lower acid content works with all kinds of foods.” 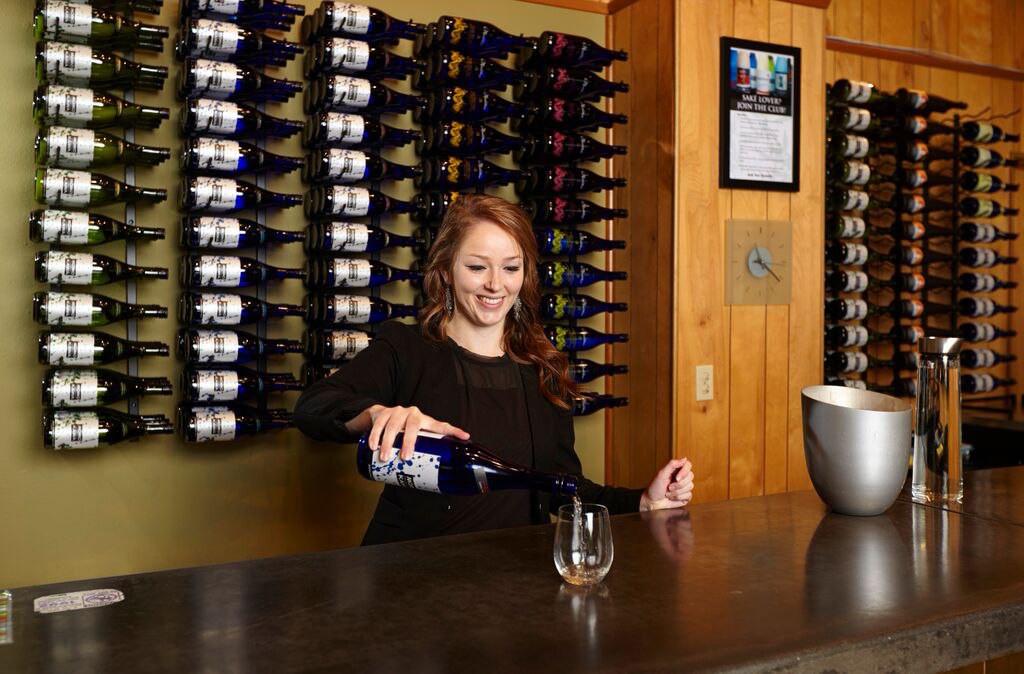 Vuylsteke also advised asking the sommelier or mixologist when in doubt. Most of us are newbies when it comes to exploring sake, and a knowledgeable professional will be happy to make a recommendation .

Many sake bars often offer tasting flytes, and several manufacturers offer bottles the equivalent of just 6 or 12 ounces, convenient for home tasting. So don’t hesitate – jump in with both feet and all your senses and enjoy the new sake trend.