What is Bagna Càuda?

Recently, when I told a cousin that I was planning to make bagna càuda for a party, she replied, “What is bagna càuda?” I was surprised because this cousin and her husband are enthusiastic and well-traveled foodies who can cook rings around me. How was it that bagna càuda was unfamiliar to them? But then again, I was making the dish precisely because it seemed to have fallen off the map. I hadn’t thought about it in more than ten years, and had suddenly remembered how good it is.

As the un-fussy name implies (bagna means “bath” and càuda means “warm”) bagna càuda is a straightforward dish that requires almost no cooking and only a few basic ingredients: olive oil, butter, minced garlic, mashed anchovies, and salt. The ingredients are combined and kept warm over a low flame, served either fondue-style in a communal pot or in small individual warmers. 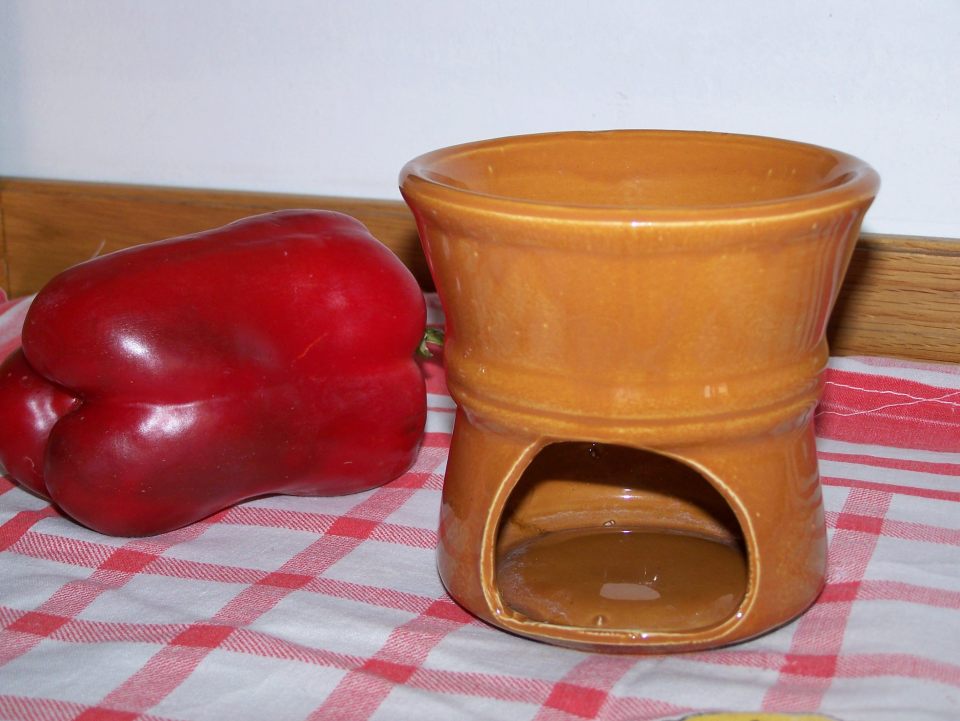 Bite-sized pieces of raw or roasted vegetables, such as broccoli, cauliflower, artichoke, cardoon, fennel, celery, carrot, onion, and bell pepper are dipped in the bagna càuda, and good bread is a must. Traditionally, the bread is used as a plate to catch the drippings from the vegetables, then eaten.

Bagna càuda comes from Piedmont, a region in extreme northwestern Italy in the Alpine foothills. The dish originated as a way to make a limited assortment of winter vegetables more enticing, and was also a popular mid-morning meal for vineyard workers who needed a snack after toiling through the damp, chilly mornings. From these beginnings, bagna càuda rose to become one of the region’s most venerated dishes, and has an honorable place on the Christmas buffet table.

Piedmont is a landlocked region. There is no coastal section, no lively harbor where anchovy fishermen would have plied their trade. Nor were there salt mines, and Piedmont’s cold, mountainous climate was inhospitable to olive trees. 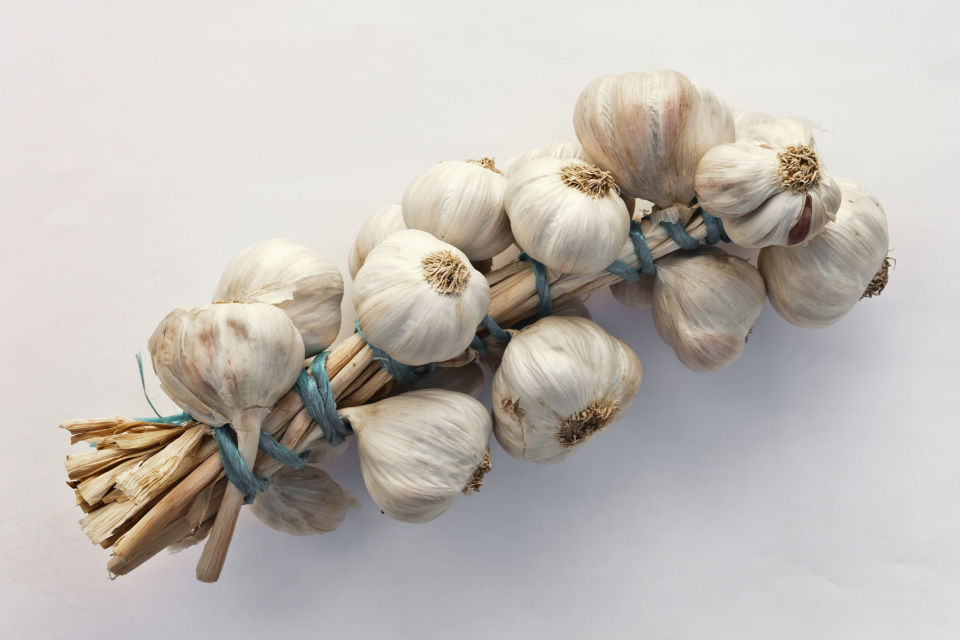 Food historians have long pondered how imports became prime ingredients in a dish made for working class locals. According to sustainable farmer Terra Brockman, author of The Seasons on Henry’s Farm, the answer is found in a case of government greed butting up against human nature.

Directly south of Piedmont is Liguria, a crescent-shaped region hugging the sea. Liguria’s extensive coastline supported not only fishermen but salt-making, and its warmer climate gave it olive oil in abundance. Since Roman times, salt had been tightly controlled and heavily taxed commodity. After all, people could not live without salt, and could not avoid paying the price for it. “Salt roads” were built throughout the empire, guarded to ensure the safe passage of the precious commodity but also to make sure the government got it’s share of the revenue. One such road ran north to Piedmont, where Ligurian traders exchanged barrels of salt for Piedmont’s grain and butter.

Human nature being what it is, the traders found away to avoid paying the salt tax. Since anchovies weren’t taxed, they took to packing barrels of salt with a layer of anchovies on top. Then, if the barrel were examined, inspectors would see only anchovies. In this way, salt came to Piedmont with a bonus of salt-cured anchovies on top, which the Piedmontese found a way to use.

Brockman also speculates that bagna càuda was originally made with walnut rather than olive oil. Walnut trees were abundant in Piedmont, and their oil would have been the least expensive choice for a peasant dish. Supporting this theory is the fact that, to this day, Piedmont natives often crush a handful of walnuts into their bagna càuda. When large areas of Piedmont were deforested to make way for more farms, Piedmont added olive oil to the goods they traded for. 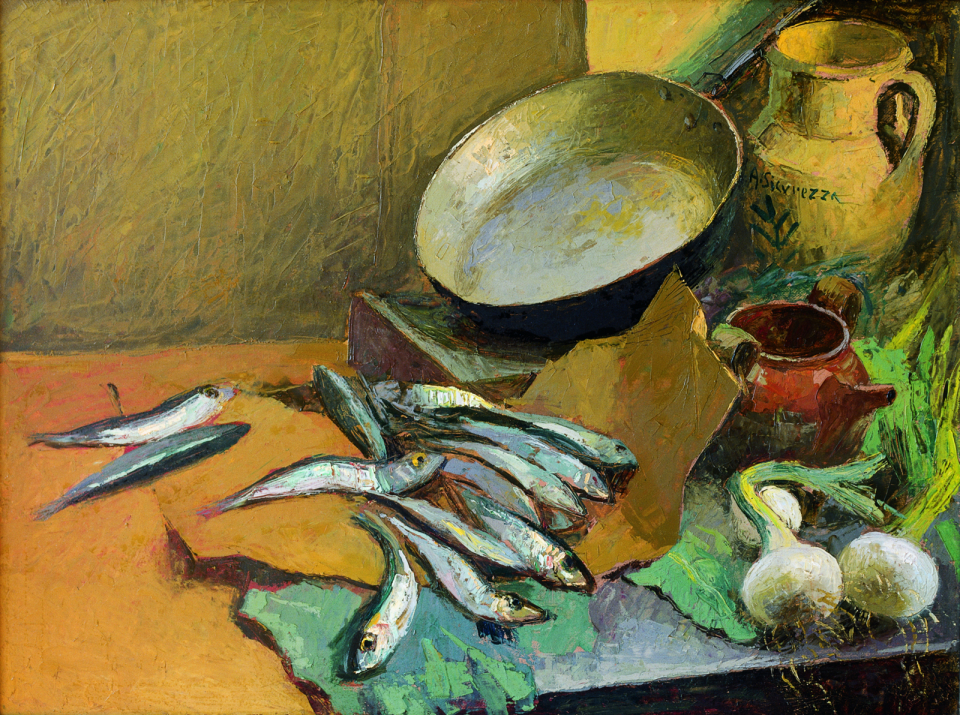 Bagna càuda, so simple no recipe was required, probably existed for centuries before it was ever written down. Because of this, the proportions of the ingredients, especially garlic, vary according to the taste of the maker. Some bagna càuda recipes make garlic the dominant flavor, while others reduce the garlic to make a thick, anchovy-dense dip. Neither of these is more “authentic” than the other. Some recipes even include dairy, while a 1960 New York Times article featured a recipe that used more butter than oil. Both of these are an anathema to me, but I remind myself that in 1960 olive oil came in small bottles at high prices, and did not compare to today’s oils in quality or flavor.

It’s a shame that bagna càuda has never caught on in a big way. It’s a 5-minute comfort food made from ingredients already in the pantry and vegetable bin, good for impromptu guests and a no-fuss appetizer or side dish. Besides, when you’re chilly and a bit tired, what’s better than warm olive oil with plenty of garlic, salt, and a hint of the sea?