You are here: Food 101 » Béchamel Sauce: The Workhorse

Béchamel sauce is a key ingredient in hundreds of recipes, from simple dishes like creamed peas to elegant cheese soufflés. At one time considered a sauce reserved for the well-do-to, Béchamel today is probably the most frequently made sauce in the Western world.

What is Béchamel Sauce?

Also known as white sauce, Béchamel is an “ingredient” sauce – a sauce made to use in another dish or as a foundation for a more complex sauce. It is composed milk (whole, please!) heated and thickened with a roux. Béchamel is one of the five mother sauces of French cuisine, and is similar to its sister sauce, veloutê, which is also an ingredient sauce. The difference is that, while Béchamel is milk-based, the liquid in veloutê is a light stock.

Before refrigeration and pasteurization, milk was the hardest of dairy products to keep fresh. Butter and cheese could be kept without much spoilage in a cool room or springhouse, but milk went bad quickly, and the growth of bacteria in it could cause illness. Milk was therefore a somewhat extravagant commodity, an item for those who could afford to throw away whatever spoiled. Because of this, Béchamel was associated with wealth and plenty, while veloutê was for the common man. When refrigeration and pasteurization made milk affordable, Béchamel took the lead in popularity because of its association with luxury living. 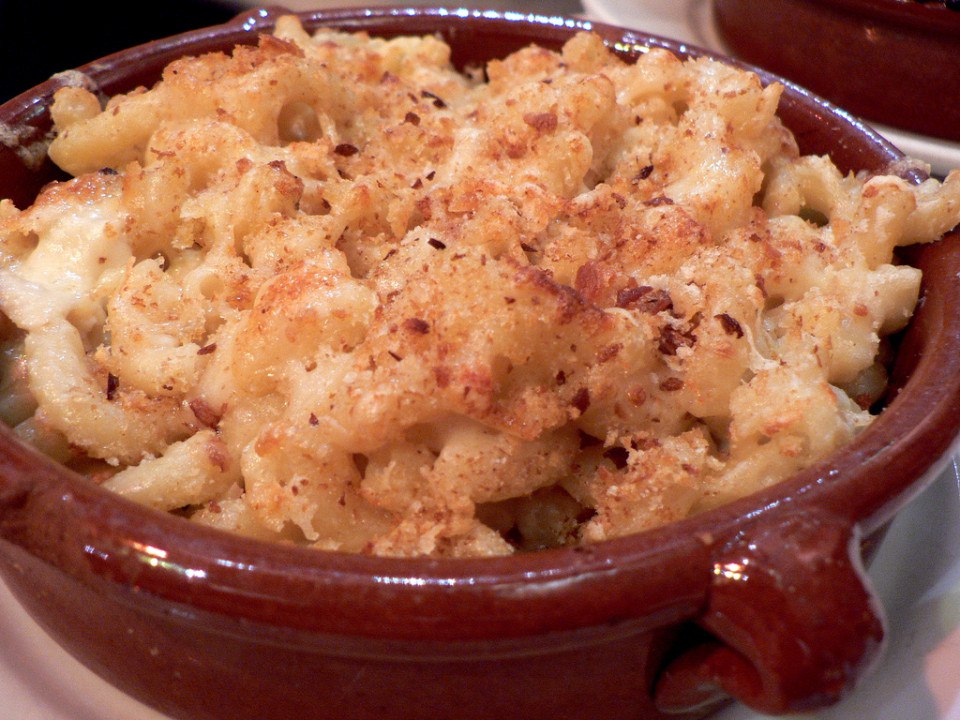 If you ever need an example of success having many fathers, look no further than Béchamel sauce. There are at least four theories regarding its origin, with several chefs and two countries claiming the honor.

Let’s start with La Varenne, the 17th century chef who put French cuisine on the map. Béchamel sauce debuted in his influential tome, The French Cook, in 1651. Written for other professional chefs, the book transformed French food and became the bust-out best-seller of the 1700s. La Varenne introduced new recipes and re-formulated old ones. Roux, the paste made by cooking butter and flour together, became the standard method of thickening sauces, rather than the bread crumbs or ground almonds common in Medieval sauces. Using this technique, French sauces – became smooth and silken, without the grainy texture of previous sauces.

Some credit La Varenne with inventing Béchamel, but did he? A half a century before La Varenne, Marie de Medici came to France as the bride of Henry IV. Daughter of the wealthy and cultured Medici family of Florence, Marie brought an immense dowry with her, including chefs who made a very Béchamel-like sauce had been used in Tuscany and Emiglia Romagna for hundreds of years. Antonin Carème, who later designated Béchamel one of the cornerstone mother sauces, acknowledged in 1822 that, “The cooks of the second half of the 1700’s came to know the taste of Italian cooking that Catherine de’Medici introduced to the French court.”
Credit for inventing the sauce is also frequently given to the Duke de Mornay, a provincial governor and apparent gourmet who is also cited as the inventor of Mornay sauce, a Béchamel cheese sauce containing Gruyère and Parmesan.

Another contender, the Marquise Louis de Béchamel, a wealthy financier with no known culinary expertise at all. He was, however, a contemporary of La Varenne’s, a favorite of Louis XIV, and a well-known member of the King’s court. It is more likely that the sauce was named in his honor than that he created it himself.

All things considered, it seems most likely that the original Béchamel was created by a nameless chef in northern Italy, modernized by La Varenne, and lifted to fame by Carème.

How to Make a Béchamel Sauce

A standard recipe for Béchamel begins with heating milk until very warm but not boiling. If cold milk is used, the sauce will not combine well and will be lumpy rather than flawlessly creamy. While the milk is heating, a roux is made by whisking flour into melted butter and cooking until a light-colored paste forms. A classic roux uses equal amounts of butter and flour, but the ratio in any Béchamel sauce recipe can vary greatly, depending on how the sauce will be used. The warm milk is gradually whisked into the roux and heated and whisked continuously until it reaches the desired thickness. Béchamel is traditionally seasoned with white pepper –as black pepper would mar the sauce’s snowy whiteness.

An onion studded with cloves is sometimes added to the sauce as it heats, then removed after the flavors have infused. This is a touch added by Escoffier in the 19th century, and many chefs now consider it the standard version.

In addition to the Mornay sauce mentioned above, Béchamel figures in other well-known sauces, including cream sauce, cheddar cheese sauce, mustard sauce, and soubise sauce, made by adding pureed onions to Béchamel. Sauces made from Béchamel are generally mild, and most frequently accompany eggs, vegetables, pasta, fish, chicken, and veal.

Want more info on the mother sauces chefs use on a daily basis, head to our Mother Sauce article.