Aïoli, Sauce of the Ancients

Aïoli, pronounced eye-YO-lee, is most often associated with Provence, the region of southwestern France famous for its lavender fields, the numerous shades of ochre mined from its cliffs, and its sunlit appeal to Post-Impressionist artists. Van Gogh’s twisting, turning tree trunks aren’t a stylization of madness but a fairly accurate representation of Provence’s ancient olive trees, without which aïoli would not exist. 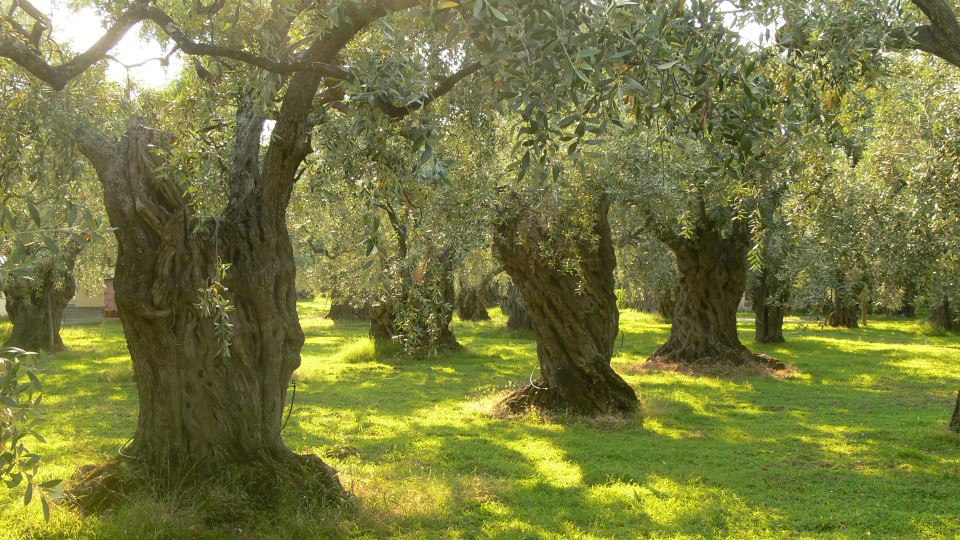 The foundation ingredients of aïoli – oil, egg yolks and lemon juice – and the technique of whisking to make an emulsion – are much the same as mayonnaise, though the result is much more strongly flavored. With its green taste of virgin olive oil and mashed garlic, aïoli is far older than mayonnaise, and a distinct condiment in its own right. It is not cooked or heated but eaten at room temperature, and can be used as a dip, sauce or a garnish for a variety of foods. A traditional Provençal dish called Le Grand Aïoli features boiled eggs, potatoes, carrots, green beans and salt cod or shellfish dressed with aïoli, and a generous dollop of it is added directly to bourride, a thick fish soup. Aïoli is also popular with a wide variety of other boiled or roasted vegetables, including artichokes, zucchini, cauliflower, and potatoes.

Although aïoli is nicknamed beurre de Provence (butter of Provence), it isn’t exclusive to that region or even to France. Aïoli is popular throughout the Mediterranean, where both olive oil and garlic have been staples for thousands of years. Some historians speculate that it was popular in Spain, where it was known as allioli, even before it was known in France. Certain areas of Italy have long served it with boiled potatoes, while the island of Malta serves it up with an addition or raw tomatoes and crushed galletti, a traditional local cracker.

The first mention of a condiment similar to aïoli comes from historian Pliny the Elder, who described a common Roman sauce of garlic and olive oil called aleatum, after the Latin word for garlic. Since Pliny died in the Vesuvius eruption of 79 A.D., this makes the aïoli at least 2,000 years old, and it is probably much older than that for it have become commonplace by Pliny’s time. Because the Roman empire expanded throughout Europe and north Africa, with an entourage of bureaucrats, tradesmen, soldiers and households bringing their cuisine with them, historians theorize that Italy is the true home of aïoli.

Old as aïoli is, no recipe appeared in English until the early 20th century, when Auguste Escoffier’s Le Guide Culinaire was translated in 1907. 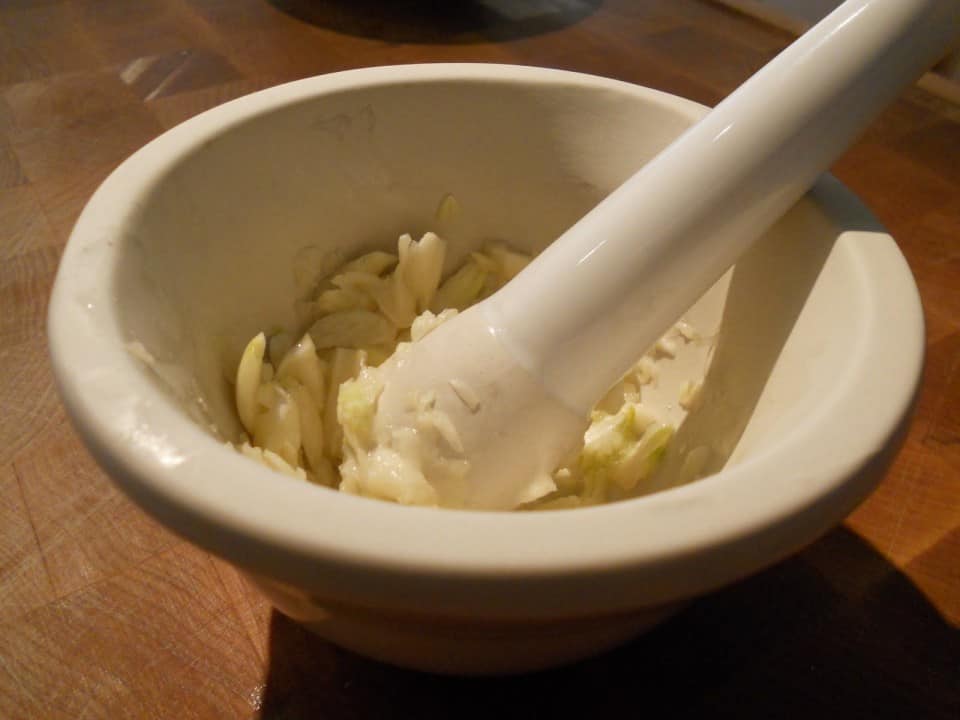 How is Aïoli Made?

Modern aïoli begins by mashing several cloves of garlic to make a paste. Egg yolks are added to the garlic, whisked, and after that the steps are much like mayonnaise, with oil gradually whisked in to make a smooth sauce.

Early aïoli makers, however, made the sauce in a mortar and pestle. This supports the idea that aioli is indeed old, since the mortar and pestle preceded whisks in Europe by a few thousand years. By the time the whisk arrived, the mortar and pestle’s role in making aïoli must have been so firmly established that purists followed suit. Escoffier’s Le Guide Culinaire was still instructing readers to, “Pound 30 g (1 oz) garlic as finely as possible in the mortar, add 1 raw egg yolk and a pinch of salt and gradually mix in 1 1/2 dl (9 fl oz or 1 1/8 U.S. cup) oil allowing it to fall drop by drop to begin with, then faster as a thread as the sauce begins to thicken. The thickening of the sauce takes place by turning the pestle vigorously whilst adding the oil.”

To modern cooks, this method seems cumbersome at best, and almost any contemporary aïoli recipe, no matter how traditional the ingredients, will call for whisking or the using of a hand-held mixer. Other than dispensing with the mortar and pestle, modern recipes deviate very little from the classic ones.

Next time you’re longing to try something other than the same old yogurt dip with vegetables, consider aïoli. There’s something awe inspiring about eating a dish so basically delicious that it hasn’t changed across the rise and fall of civilizations.