What is Demi-glace Sauce?

There’s a good deal of confusion surrounding demi-glace. Many confuse it with the process of de-glazing – which is adding wine or stock to a pan to lift bits of browned meat for a more flavorful gravy. Others assume it just means reducing meat juices in the pan to make a syrupy glaze. Neither of these preconceptions is accurate. So just what is demi-glace? After brushing up on our research, we have the answers.

It’s almost easier to say what demi-glace isn’t than to explain what it is. It isn’t au juice, it isn’t a gravy made from pan drippings, and it usually isn’t something made in a small batch to accompany a single meal. Essentially, it is a brown stock reduced by prolonged simmering combined with Espagnole sauce, one of the classic mother sauces of French cuisine. A classic demi-glace is made with veal, but beef and poultry can also be used, in which case the variation is referred to specifically as a beef demi-glace or a chicken demi-glace. The “demi,” meaning half, signifies that the reduced stock (glace) is combined with the Espagnole sauce in a half-and-half ratio.

Demi-glace can be served as an accompaniment for meat, but it is also used as a flavoring ingredient in soups, stews, and other sauces. 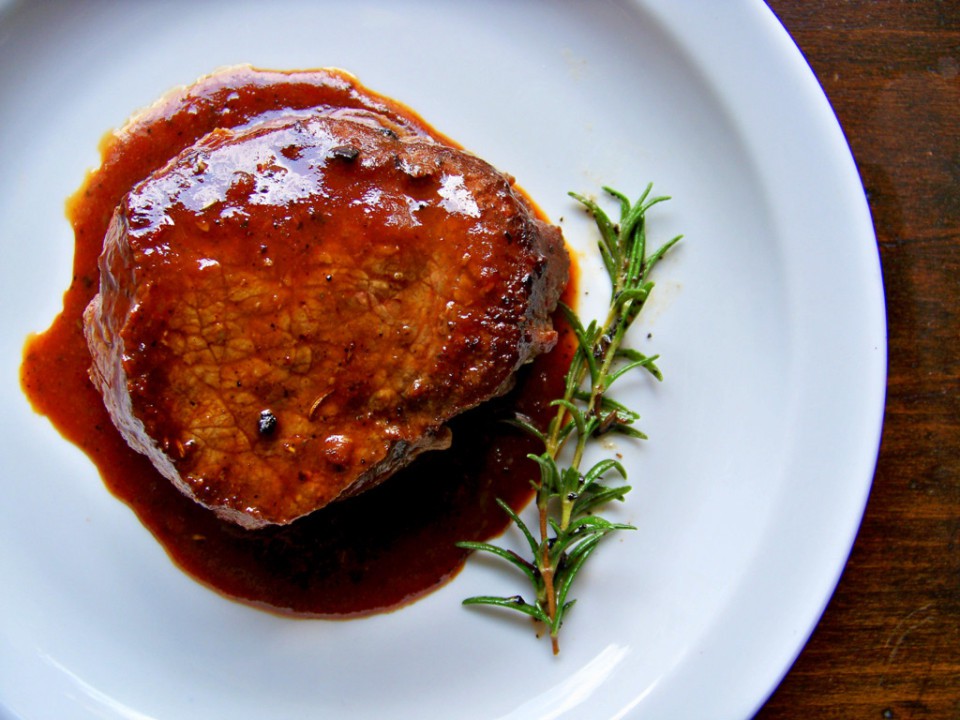 A Bit of History

Demi-glace is equal parts ancient and modern. The stock is essentially a bone stock, no matter what meat is used. It is simmered for at least a day over low heat, and many recipes recommend simmering two or three days. Bone stocks come from the days when cooking was done in a fire pit or fireplace, where a fire was constantly going and a soup or stock was usually kept simmering. These were the days of true nose-to-tail eating – the stock wasn’t simmered just to get the meat off the bones but to make use of the bones themselves, both for their nutrients and for their thickening properties. 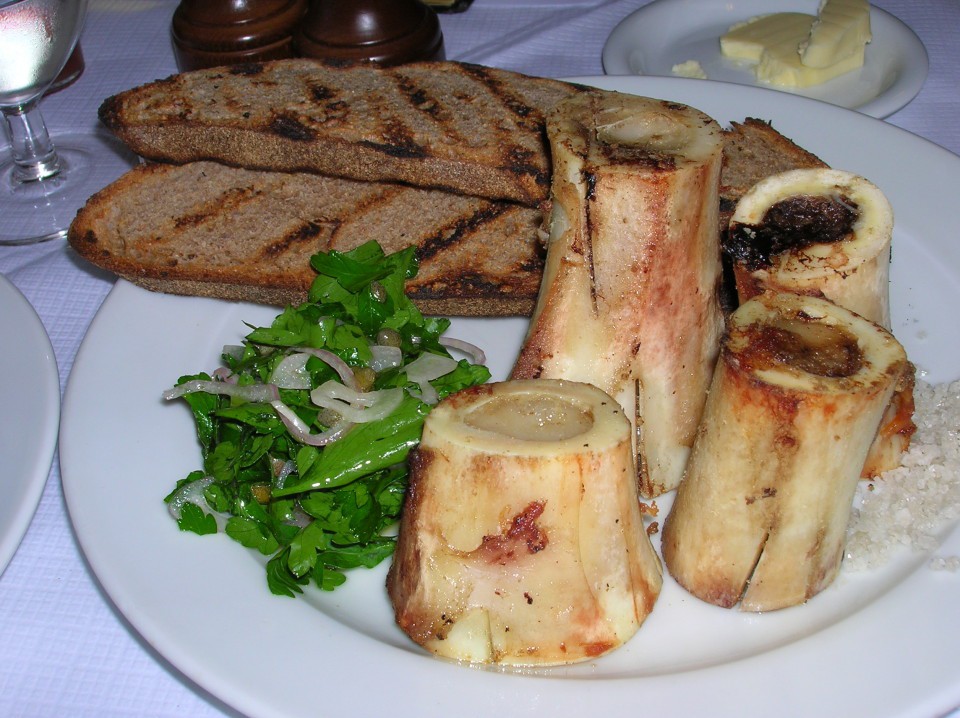 The modern contribution to demi-glace is tomatoes, a New World item, which are an ingredient in Espagnole sauce.

Both Espagnol sauce and demi-glace were created by professional French chefs, people who expected to spend long hours in the kitchen. The same could not be said of those who cook for themselves, and the time needed to make demi-glace kept it from becoming popular with casual home cooks. Instead, numerous prepared stocks and brown sauces have populated store shelves over the years, but none of them capture the true flavor of demi-glace. With the renewed interest in nose-to-tail eating, and the proliferation of serious home chefs, there is some evidence that the tide may be turning in favor of authentic demi-glace.

How to Make a Demi-glace

As mentioned above, both the brown stock and the Espagnole sauce needed for demi-glace require a certain amount of time. Before you decide this is something you will never do, consider this: once the pot is simmering, you’re free to go on about your business, and only need to check back occasionally to make sure things are going well.

Demi-glace begins with a recipe for brown stock, a stock made of bones that have been roasted in the oven. The roasted bones are then simmered over low heat with chopped carrots, onions, and celery. Sometimes wine is added, and some recipes include a bit of tomato paste to encourage the bones yield up their gelatin. Along the way, fat and foam are skimmed off, and a final skim is often done after chilling the stock. The final step is straining out the bones and vegetables so only clear broth remains. 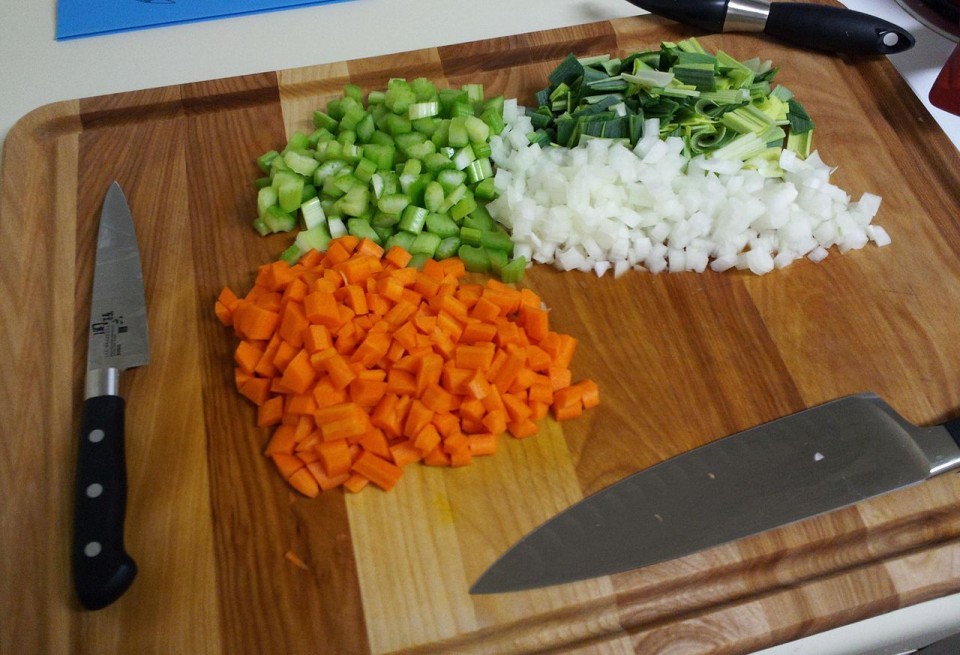 The next step is to make the Espagnole sauce, using some of the finished brown stock. Escoffier’s Espagnole sauce recipe is straightforward and fairly simple.

The last step is to combine the brown stock and the Espagnole sauce in equal amounts, simmer until reduced by half, then strain a final time. Even when a demi-glace recipe doesn’t call for additional seasonings, a final straining will ensure a faultlessly smooth sauce.

Undoubtedly, you will end up with more demi-glace than you plan to use. This is a good thing, as frozen demi-glace will keep for months and is a wonderful ingredient to have on hand. I don’t recommend freezing into ice cubes, as is often recommend for cooking stocks – cubes are prone to freezer burn and often absorb freezer tastes. A better method is to freeze the sauce in plastic containers and use a spoon that’s been heated under scalding water to scoop out the amount you need. Added to stir-fries, stews, soups, gravy and other sauces, demi-glace adds a deep, soul-satsifying quality that makes the effort worthwhile.