Meatballs from Around the World: There’s Way More Than You Think

You are here: Food 101 » Meatballs from Around the World: There’s Way More Than You Think

March 9th is National Meatball Day. For those of you unaware of this momentous occasion, or who’s calendar doesn’t include a mention of the holiday (what? Christmas, but no N.M.D?!) –don’t worry you’re forgiven. Just don’t let it happen again. Seriously though, while it may be a really-not-a-holiday day, I thought it still might be a good chance to remind everyone that meatballs are generally awesome and extend far beyond the stereotypical Italian pasta and meatballs (In fact, the dish isn’t even Italian! See, there’s all kinds of meatball trivia you’re unaware of! But more on that later). Mentions of meatball-ish recipes extend as far back as 2000 BC, with Turkish Kofta (aka Köfte). Historically, many countries boast recipes for their own version of meatballs. Keep reading for a list of meatballs from around the world, I’m betting there will be a few you’ve never heard of –so go on, try something new for National Meatball Day 2015! 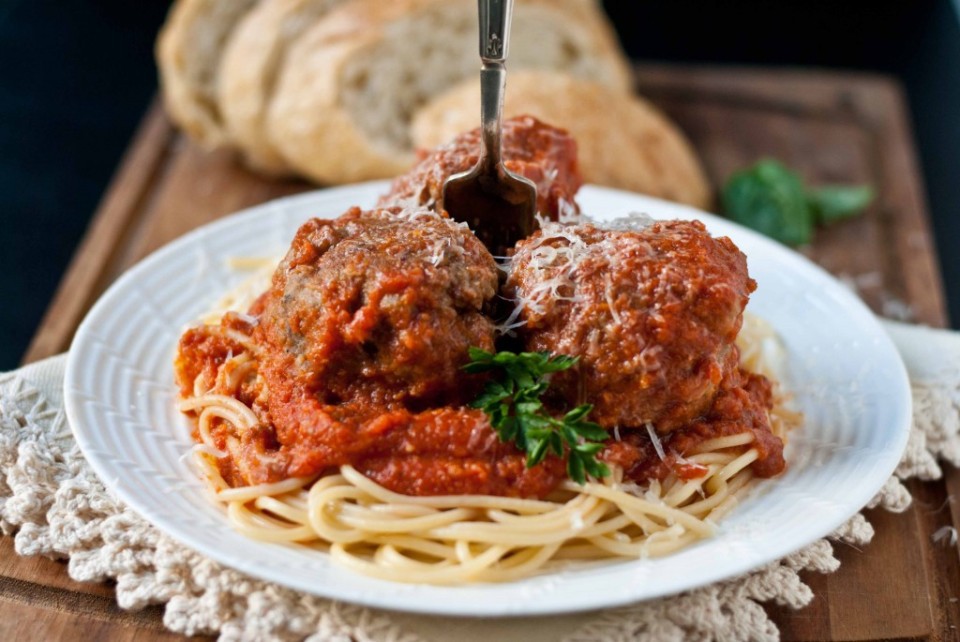 As mentioned previously, the traditional spaghetti and meatballs dish we all know and love comes, not from Italy, but from the good ol’ US of A. Derived by Italian immigrants who, finding meat to be more plentiful (though often low quality) in the States, would grind it up, form it into balls reminiscent of Italian polpettes and prepare it in the popular and inexpensive “sailor’s sauce” (that’s what marinara means. Who knew, right?). However, no one’s exactly sure of the who/what/where/why when it comes to adding spaghetti to the mix. But, I’m sure we can all just be thankful someone, somewhere, sometime did just that. Spaghetti and meatballs is now so popular the world over that you can easily find it anywhere, including Italy, where many restaurants serve it to appease tourists who expect the dish. 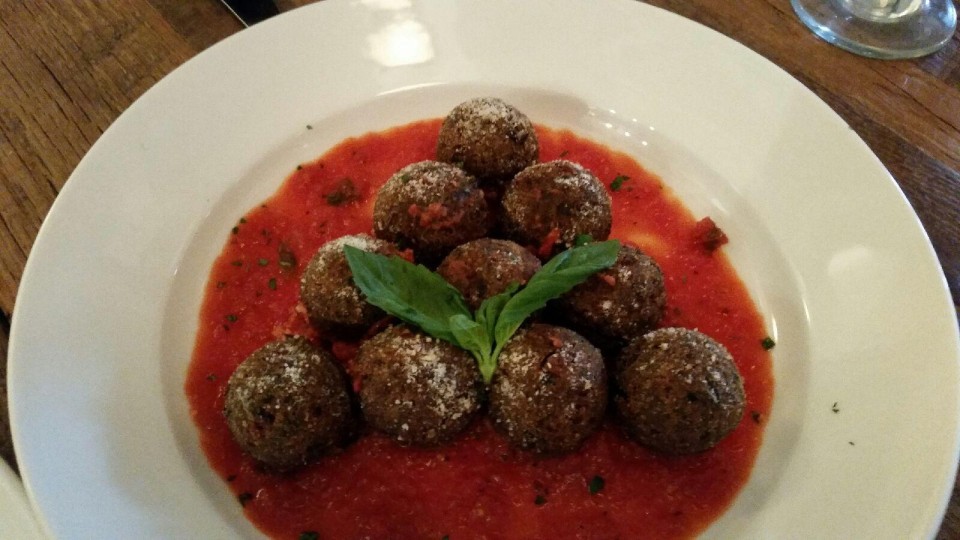 No, Italian Polpettes, on the other hand, are not disimilar to Italian-American meatballs, but there are a few key differences. While meatballs are usually made with ground beef, polpettes can be made with any available meat, even fish. Polpettes are also much smaller and have a higher bread-to-meat ratio –they tend to have a 1 to 1 ratio of breadcrumbs and meat, and are no bigger than golf balls. There are some that are so small they’re called polpettines. Whereas American meatballs are mostly meat and are easily the size of your fist. Most importantly, however, is the fact the polpettes are not served with pasta. They are usually a solo dish –though they can sometimes be found in soups. 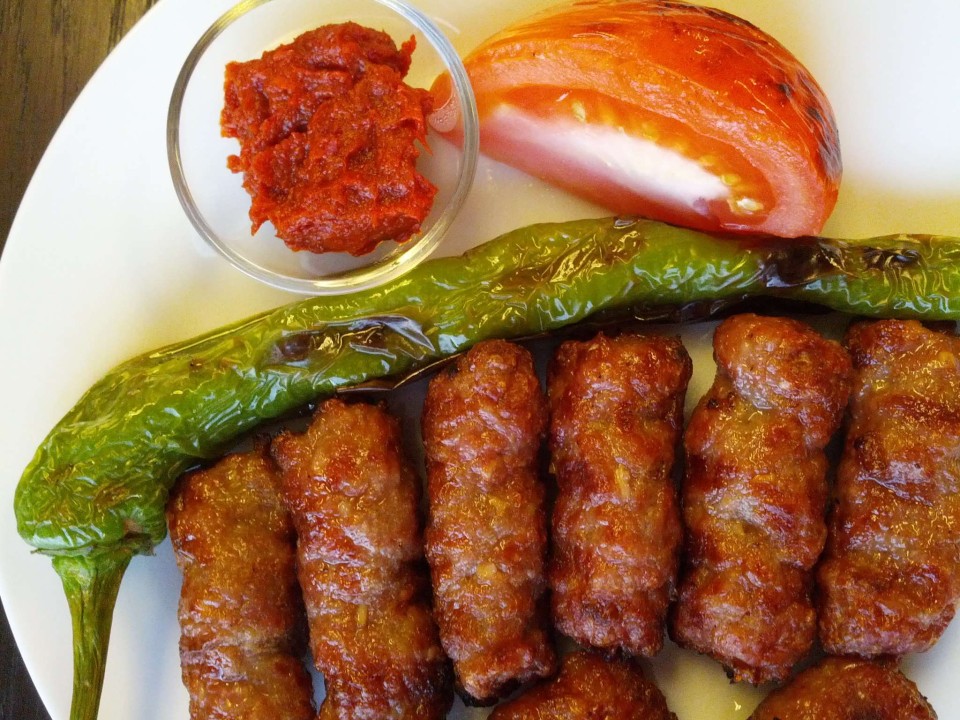 Kofta is sort of a catch-all term for anything sort of round and made of some kind of meat. Kofta’s can be any size, they can be round or “finger shaped,” and are most usually made of some combination of beef, lamb, or chicken. Kofta is hugely popular in Turkey, and can be prepared in endless dishes –many cities actually have their own Kofta dish, often named after the town. Kofta can be served as a home cooked meal, in the fanciest of establishments, or on the go from a street-meat vendor. It can be served in sauces and stews, on rice, wrapped up in flatbread, or all by its lonesome. It’s even eaten with french fries. …we should really start doing that more in the USA.

So the Chinese definitely win the prize for best meatball name. And, as its namesake implies, it also wins for biggest meatball. A traditional Shanghainese dish, Lion’s Head meatballs, often served with bok choy or cabbage, as said to resemble, what else, a lion’s head (with a big cabbage-y mane). They’re often made with fatty pork, eggs, soy sauce, ginger, water chestnuts, and sometimes tofu. The dish can be served “white” –meaning in a soup, with the aforementioned bok choy and cabbage, as well as noodles, or “red” –cooked in a soy-based sauce with cabbage and bamboo shoots. 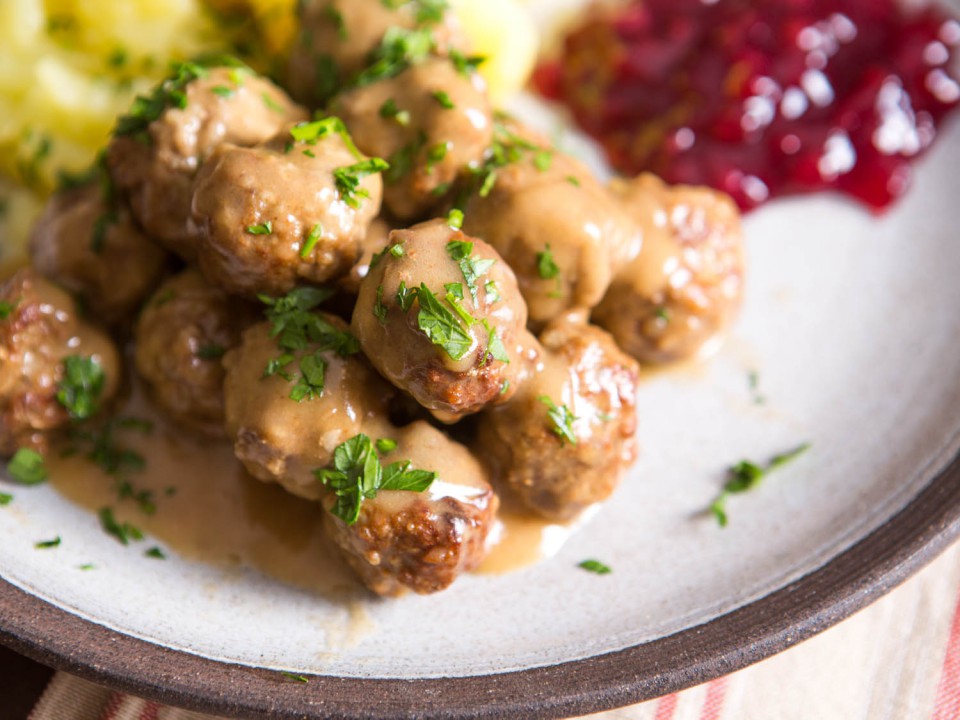 Ah, Swedish meatballs, the go-to for weary IKEA shoppers and attendees of 1960’s cocktail parties. However, kottbullar is an essential dish in any Swedish grandma’s recipe book. And as such, there is great debate over how to best prepare the dish. They are often small in size, made with a combination of beef and pork (though veal can also be used), and covered in a creamy all-spice sauce. Traditionally served with buttered potatoes and lingonberry jam, you don’t know what you’re missing out on if you’ve never had traditional Swedish kottbullar. 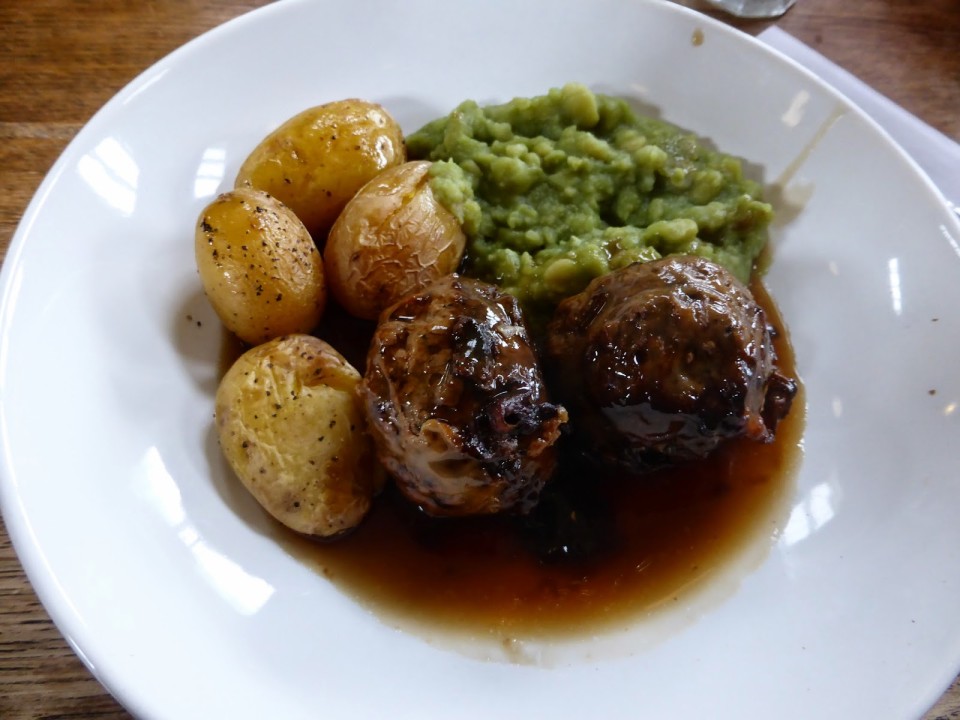 Well, if China wins for best name, the English certainly lose for their, unfortunately termed, faggot meatballs (wait, don’t they also call cigarettes fags, and it’s also a word for being bothered too, right? And let’s not forget the old-fashioned British term for bundle of sticks. So… “stop fagging me right now, I’m cooking faggots and I just smoked the last of my fags, run outside an collect a faggot to stoke the fire.”

Brits, I hate to say it, but you really need to expand your vocabulary, and, you know, maybe lay off that word for while). But, despite the horrifying name, faggots are a traditional English dish that have been enjoyed for centuries. Usually made from pork offal (all the extra bits of the animal, like the organs and what not), served with mushy peas, mashed potatoes, and smothered in onion gravy, the dish was a cheap, nutritious staple. And I have to say, the dish looks so good, it’s the closest I’ve ever come to wanting to eat anything made from offal.

While many cultures like to serve their meatballs alongside potatoes, Romania’s about to shake this party up and put them taters inside the meatball. Though breadcrumbs can be used, more often shredded potatoes are added to the meat to help the chiftele retain shape and moisture. Many recipes also call for finely grated carrots. Chifteles are usually made of beef or pork, are often fairly large and more flat than most meatballs. They can be served with rice or potatoes (more potatoes, awesome), in sandwich form, or on top of sliced tomatoes. They are also often used in soups. Some folks like to add dill, parsley, or even hot pepper to their recipes.

Where Can I Find the Best NYC Meatballs?

Now that we’re all sufficiently hungry and totally jonesing for some spherical meat, let me help you out with some recommendations on where you can satisfy your cravings:

Let me know if there are other can’t-be-missed meatball eaterys around. I mean, I’m sure there are, but what are your favorites? Also, I couldn’t find any… let’s call them “traditional English meatballs” being served in NYC, but maybe they just go by a more innocuous name. Anyone out there know of a place that serves ’em?