Paris on Your Plate: The Croque Monsieur

You are here: Food 101 » Paris on Your Plate: The Croque Monsieur

With a name that’s most often translated as “crispy mister,” you might think this sandwich was destined to appear on a fast food menu. And so, eventually, it did. From its beginning in the brasseries of Paris over a century ago, the Croque Monsieur has never lost its ranking as one of the world’s most popular sandwiches, both in its original form and in its many variations. Walk into any McDonald’s in France and you will find Le Croque McDo on the menu, served up with a side order of fries.

What is a Croque Monsieur? 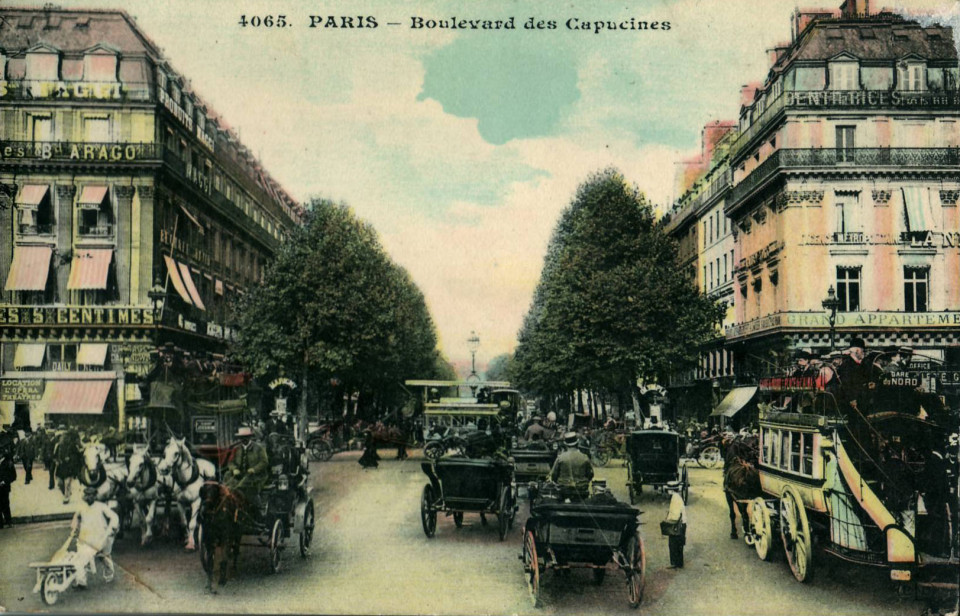 History of the Croque Monsieur

The most persistent myth about the Croque Monsieur is that it was invented by accident, when construction workers left their lunches on a radiator by mistake and found that melted cheese and warm ham made a delicious meal. There is no evidence to support this story, and common sense argues against it – surely construction workers would know a radiator when they saw one.

The first records of the Croque Monsieur date back to 1910, when the sandwich appeared on Parisian café menus. Two cafés, Le Trou dans le Mur (The Hole in the Wall) and the Café de la Paix, situated across from each other along the lively Boulevard des Capucines, both claimed to be the first to serve the sandwich. Whichever was truly the first, it’s a safe bet that the other quickly followed suit, as the Croque Monsieur was an immediate hit. By 1919, it was familiar enough to be mentioned in the second volume of Proust’s Remembrance of Things Past.

The original Croque Monsieur consisted of only four ingredients – ham, cheese, bread, and butter. It was served as a light luncheon entrée or a late night snack, and was never intended to be hearty or filling. In fact, cut into four triangles, it often appeared as an appetizer or hors d’oeuvre offering. Purists still consider this the essential classic, but many recipes and restaurants top the original sandwich with béchamel sauce, add more cheese, then toast under a broiler. This variation probably came about as cafés competed with each other to attract fans of the popular sandwich. It was the first of many variations to come, for as the Croque Monsieur’s popularity spread across continental Europe, each locality adapted it to suit local tastes and products. 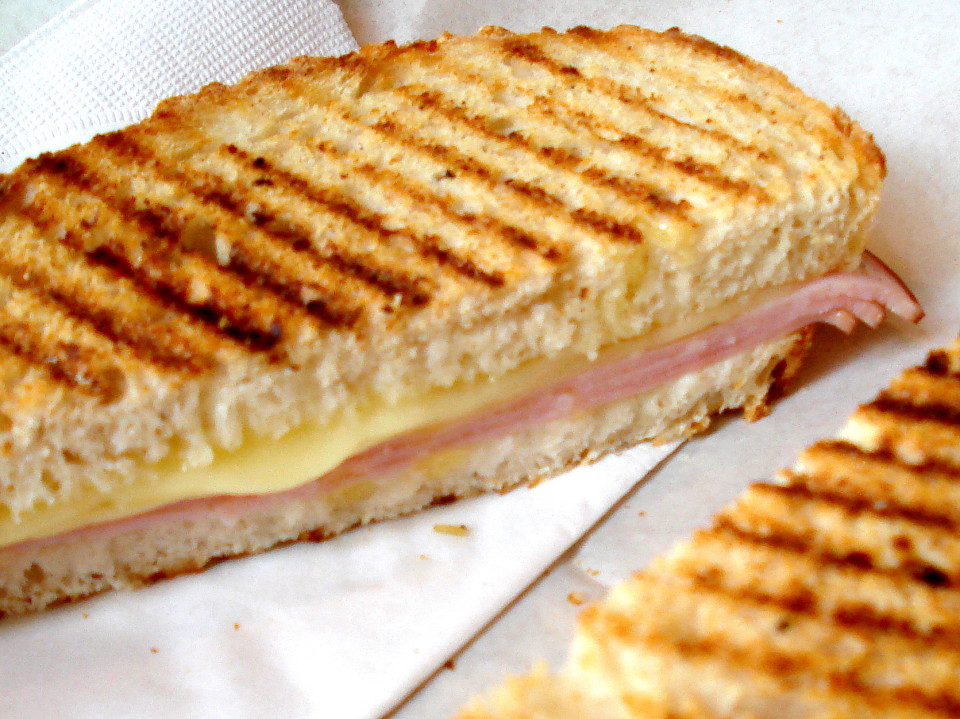 The Croque Monsieur’s popularity in American was delayed by more than half a century. Most dishes that become American favorites arrive with immigrants – Italian spaghetti in the past, pho and banh mi today. But the great waves of French immigration – the Huguenots in the mid-1600s and the Cajuns a century later – came well before the Croque Monsieur’s era. And the French restaurants that popularized French food in the 1950s and ‘60s largely focused on grander dishes like boeuf bourguignon and confit de canard.

Yet perking along under the haute trend was another trend ready to flower. Many American servicemen had been in France during or after WWII. And younger people were going in droves. None of these people frequented the grand restaurants, but ate with the masses in bistros and cafés. All of these people returned to America with new ideas about French food, and an appreciation for simpler foods. Eventually these foods, including the Croque Monsieur, began to appear on menus.

How To Make a Croque Monsieur

An article published in 1949 in the Ruston, Louisiana daily paper included a perfectly concise recipe for a Croque Monsieur, as given by Ed Kern, owner of a French restaurant in New York. “Trim the crusts from white bread, then butter it on both sides,” Kern instructed. “Then put lean boiled ham and Swiss cheese between the buttered slices and fry the sandwich quickly in butter until it is golden brown.” 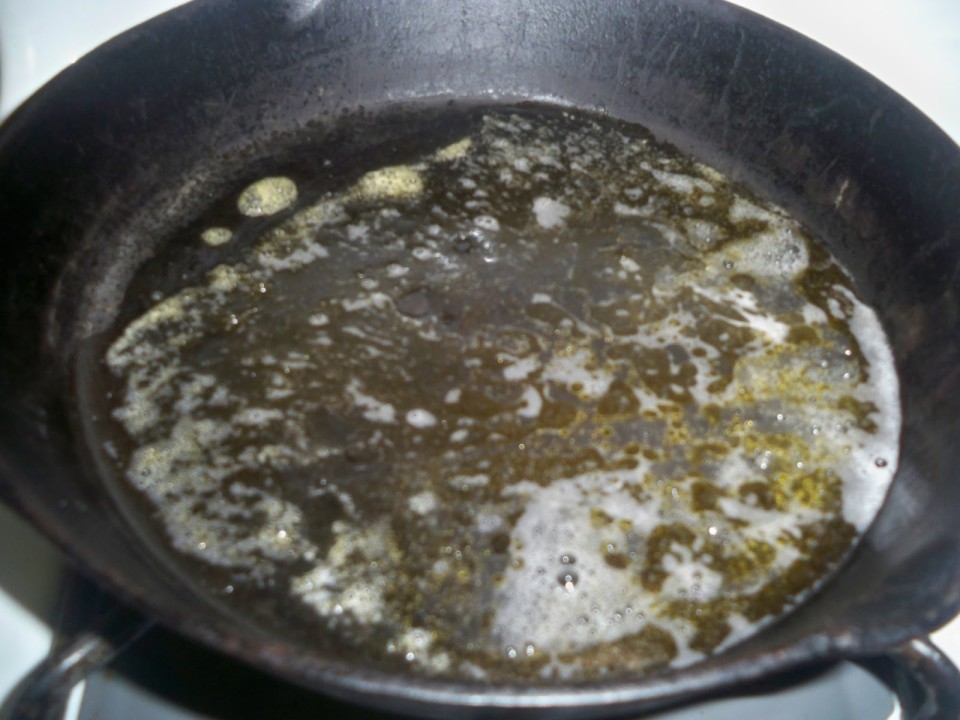 Kern’s recipe remains the classic method, though deli ham, not generally available then, is preferred to boiled ham. If you’re in the mood for something heartier, you might want to try a recipe for the béchamel and cheese topped version.

The delightful thing about the Croque Monsieur is that it adapts to whatever you have on hand. Julia is reported to have used mozzarella in hers, and on an episode of Julia and Jacques Cooking at Home, Jacques Pepin used chicken in place of ham. Personally, I like thin hard salami with provolone, and I recently heard about a bacon and blue cheese version that sent me straight into the kitchen. Other popular variations include: 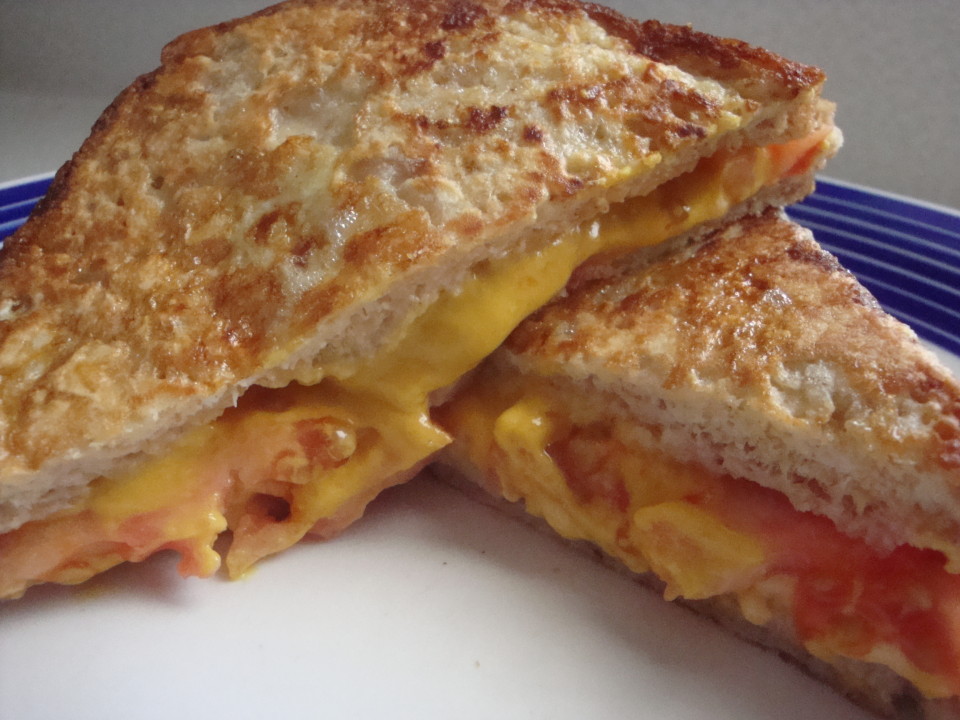 Given the ease and versatility of le croque, it’s baffling that so many people think of it only as a restaurant item. Don’t be one of them. Get out the good bread and the griddle and start coming up with variations of your own.