You are here: Food 101 » Hollandaise Sauce: The Gold Standard’s Origin

Hollandaise sauce has a reputation worthy of Cleopatra: tempting, beguiling, and notoriously hard to handle. The reputation is well-earned – but who’s going to pass up a chance to hang out with the Queen of the Nile, even if she is a bit temperamental? Once you know what not to do, you’ll be sailing.

What is Hollandaise Sauce?

Forget anything you may have had that came out of a packet or been ladled up from a steam table. True Hollandaise tastes of real butter, real eggs, and should not have been sitting in a chafing dish for hours on end. Hollandaise is a mild, rich sauce brightened with lemon juice and most often paired with eggs, grilled seafood, beef, and vegetables like asparagus, broccoli, or artichokes. Its magic lies in its perfectly silken texture, it’s buttery scent, and the fact that, when made properly, it is not heavy but light and airy.

Despite its name, there is general agreement that Hollandaise was born in France and was originally known as Sauce Isigny, after a town in Normandy famous for its butter and cream. What provoked the name change is uncertain, and the alternate name of Sauce Isigny is still listed in French reference books. A popular explanation for the name change is that, when World War I shut down Normandy’s dairy industry, the sauce was rechristened “Hollandaise” to note the use of imported Dutch butter. I didn’t have to dig through too many old cookbooks to discover that the term Hollandaise was in use for this type of sauce long before the 20th century.

The first description of a Hollandaise-like sauce comes in La Varenne’s watershed cookbook of 1651, The French Cook. La Varenne recommends serving asparagus with a sauce made of “good fresh butter, a little vinegar, salt, and an egg yolk to bind the sauce.” The scant directions – “take care that it doesn’t curdle” – tell us the sauce was cooked and presumably whisked. La Varenne doesn’t give the creation a specific name, but simply titles his recipe “Asparagus in Fragrant Sauce.” 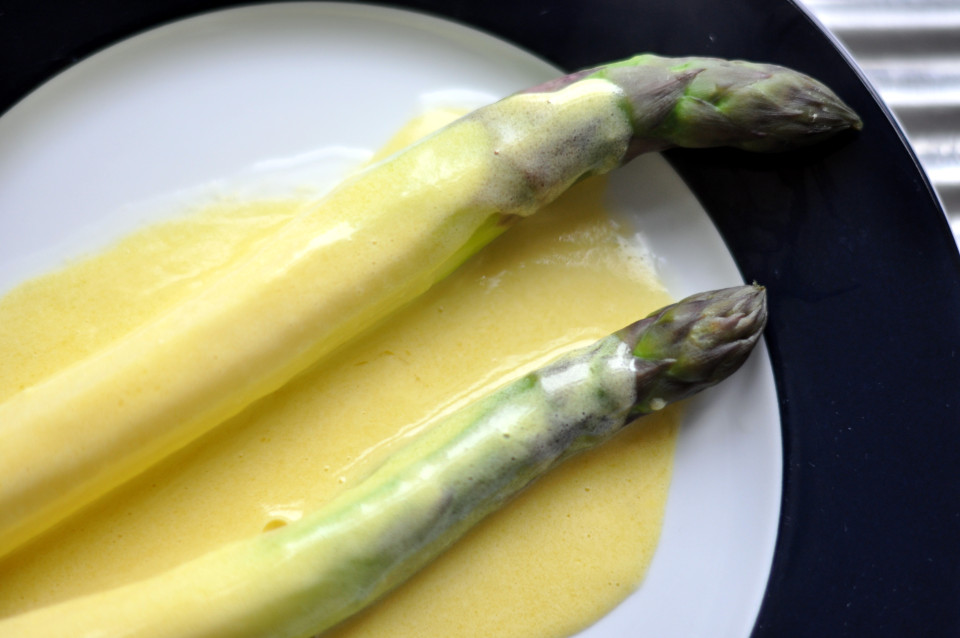 Marie-Antoine Carême, the legendary French chef who cataloged, described, and organized hundreds of sauces, includes a classic, instantly recognizable recipe, referring to it as an “old” recipe and referring to it as Hollandaise even while calling for Isigny butter, inferring that Hollandaise was the established name well before the 1830s.

Although Carême was obviously familiar with Hollandaise sauce, he did not name it as one of his four mother sauces. Hollandaise was added to the list as the fifth mother sauce by 20th century chef and culinary writer Georges Auguste Esoffier.

Most Americans associate Hollandaise with Eggs Benedict – and for good reason, since the dish was born here and made the sauce famous from coast to coast. The chef credited with inventing Eggs Benedict is Charles Ranhofer, who created it for a favorite customer in the 1860s and included the recipe in his 1894 cookbook, The Epicurean.

How To Make Hollandaise Sauce

Both the need to gradually whisk in the butter and the added wild card of heat give Hollandaise its reputation as a difficult sauce to master. Too little heat and the sauce will not thicken, too much and it will curdle into scrambled eggs. The first case can be remedied by raising the heat a bit, the second cannot be repaired, but will give you the most delicious scrambled eggs you ever eaten. 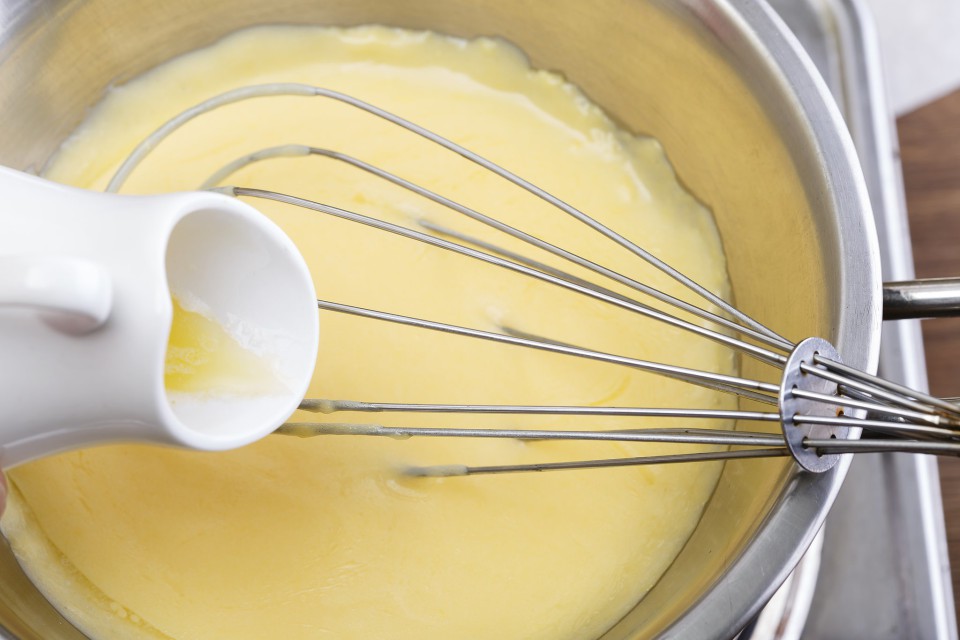 Another pitfall is adding too much clarified butter at a time. If not added in small amounts, the ingredients will not combine. This is often referred to as a “broken” sauce, which can be repaired. If you see the clarified butter beginning to pool rather than combine, remove from the heat at once and beat in a tablespoon of cold water. If the sauce actually breaks (you’ll know it when you see it), whisk an egg yolk with a tablespoon of cold water in a separate bowl, then slowly beat in the warm sauce. The result won’t be as light as a sauce that didn’t break, but it will still be delicious and smooth.

Once the sauce is finished, it can be held over low heat for up to 30 minutes before serving. If kept longer or refrigerated and reheated, it will lose much of its airiness but still taste good.

In addition to the classic recipe for Hollandaise sauce, Alton Brown has devised an alternate Hollandaise sauce recipe that takes a bit more time but is less likely to break. You will also come across recipes that purport to be easy blender versions of Hollandaise. While it’s fine to use a hand-held mixer instead of a whisk, I don’t recommend anything that relies on a blender. The blades of a blender cut but do not incorporate air as a whisk or beaters do, and the sauce will not have the billowy texture it should. Also, a blender distances you from the sauce – it’s hard to see what’s going on until it’s too late to do anything about it.

Knowing what to avoid – too much heat and adding too much butter at a time – is the key to making a beautiful Hollandaise sauce. And now that you know, you’re ready to rock it.